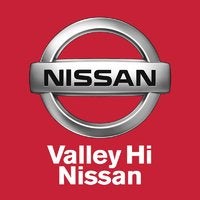 They emailed me constantly and when I informed them that I wanted to do most of the talking over the phone (due to covid-19), they ignored me and continued to pester for me to go into the office and wouldn’t give me any information. Had to block them because they kept emailing me.

I bought this car however I didn’t get floor mats in the car and half key. When asked they replied it’s a second hand car so this is what I would get. I think that’s not how you would treat a customer, at least compensate or inform ahead of time not at the last second.

Amazing!! Extremely professional and helpful. Answered all my questions fully. Very comfortable. I was in and out with a new car super fast!

The sales rep told me he was going to text me back with an estimate. Well I never got that text.

Immediate response to my inquiry so I was able to fit in a quick test drive on my way out of town and ultimately buy the car. The car price was listed higher on the lot than it was online, but Karsplus honored the lower price. Very happy with my new Hummer!

Cars are filthy on the inside! And full of major scratches and missing parts that they do not fix. I did however find a vehicle I liked but only to find there is a $1500 fee on all purchases for gps tracker they had installed in the car so they could keep track and now that coat is being passed down to the customer. When I asked to take it out because I had no need and that was their security, he declined.

Prompt response and came to my house for test drive! Be careful with used car pricing and $1,600 “add-on” features/ warranties.

Car not clean and there is $1995 car tracking fee added to the price so I ended up buying elsewhere.

Communication was fine didn't have what I wanted

They were very open and clear about the vehicle.

What a great experience.My car is amazing. Lana you're a wonderful lady. Thank you!

No issues expectations with everything about the car.

Great response time from this dealer

Be ready to pay $3000 more for the price of the vehicle on add-ons, appearance package, stickers from footprint and a LoJack card, do your self a favor and look for a dealership that don’t forced you to buy add-ons, good thing I walked away!

This dealer uses a bait and switch scheme by advertising a low price. We tried to purchase the van advertised at full asking price but the dealer added an additional $5,000 in crap to the price and wouldn't budge. A $14,500 van was quoted at $22,500 out the door! Do not visit this place until they change their business practices.

I thought Kara Auto Group was an excellent place to buy a car. All the paperwork and information was professional, and the dealer was easy to work with. I got a great deal on a wonderful car from this Auto Group.

He responded with an email template that didn't address my question. However, did respond quickly.

Answer my questions and provided info of requirements to get financial, unfortunately not take Capital One pre-qualified.

Friendly people. Fast and amazing service. Will be doing business again with them soon

The dealership said they were careful with the covid19. No one had masks. The car was dirty even though they knew we were coming. The car was boxed in so we couldn’t take a test drive.

That's right his name was Jerry -and he said he was going to me Per approved App .via email.I got it and filled it out, just waiting for them to get back to me. Staying Hopefully. Jt Thks

Wouldn't answer questions about a specific car - called and then learned that the car had been involved in an accident.

They reached out to me and offered me links to ot j.g er cars. Professional.

They contacted me. I'm just not totally ready to buy yet.

Manager and staff friendly and honest; policy of adding expensive clear coat and LoJack not included in advertised price, so, expect ~$3000 extra charges. Wouldn’t have driven all the way out there had I known beforehand.

Responding quickly and answered all my questions

Shout out to the whole UAC team they took care of me every step of the way! From the start it was smooth sailing. Got an awesome deal at a low APR! Hands down the best and easiest car buying experience.

Exceptional most convenient car deal ever Communication, listing accuracy & customer service left a recommendable impression . Because of COVID-19 car buying has become more convenient. The dealership especially their front liners took all the precautions of social distancing but left no doubt in my mind that this was safe and again so friendly and recommendable .

Dealer promptly responded. I would definitely do business with this dealership.

Horrible experience, sent me back and forth to both dealers and no one would help me. I had an appointment, got there and apparently the person had the day off (even though he emailed me that morning to confirm). When I asked if someone else could help me, all the sales reps were quick to turn away and say they’re too busy to help me. Very rude and unprofessional.

Fare price, great to deal with and very helpful. The only thing was the price of my trade in.. but I took the deal anyway

The dealer has taken weeks to respond to all questions asked on day one. Additionally, the other reviews are correct as the sales team failed to follow through with removing the option they initially stated could be removed. I will not be giving them a commission.

They responded quickly but were very vague about out the door prices. When I showed up to the dealership the car had a listed price that was 3k over the internet price. They are listing a cheaper price online in order to get customers in the door. They will add so many extra fees that you'll be hit with sticker shock. This isn't unusual for dealerships I've found out, but still very shady business.