Van was advertised wrong. There was no navigation in the vehicle

They were very helpful in getting me everything I could ask for. 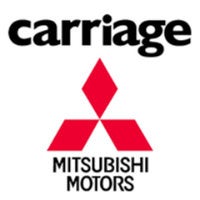 They respond in a timely matter

Fast and easy to work with. Jamil was excellent.

I heard back from the dealership but just went with another vehicle. No issues

Had a deposit on a vehicle, we drove an hour and a half to pick it up and they had sold it to someone else without notifying us. We were actually going to buy 2 Escalades. Pretty frustrating experience.

Very nice and helpful, made me feel like he was not trying to just make a sale but help me get the car I wanted.

The sales guy was great. Took a couple of days to respond. Had already bought a car by then. Cars are reasonably priced.

I went and looked at the vehicle I was interested in it was not what I was looking for very kind and courteous service.

They responded after almost a week of when I contacted them. By then, I had already been to two other dealers that responded and found my new car.

Unbelievable deal and customer satisfaction, I walked away paying 16500 including tax,tag and dealership fees. I'm still in disbelief. I got to dealership 720 was out at 804pm. The car was in such great shape I was almost scared to test drive. I came with my Navy Federal check, he had all the papers drawn up,I was in and out. I'm still looking online to see can anybody match that price and nobody has came close with the mileage and the price

Had to do the test drive and showing virtually because I’m in another state. Salesperson was very accommodating.

Great experience. Sandra is very friendly and was a pleasure to work with, George the sales manger made my purchase quick, what it was supposed to be like! Great team work!

They were very helpful in getting me everything I could ask for.

Too crowded, slow, ran my credit without permission...... was still looking and they still ran credit.

Dealer did respond in a timely manner. Did not go check out vehicle due to purchasing something else.

Good customer service, great pricing and very knowledgeable staff. Vehicle was as described and available when we arrived. I will definitely recommend to others.

He wasn’t willing to sell via online and told me to come to the dealership that he works at in Georgia. So as far as I am concerned living in Maryland, I found something I truly wanted and couldn’t obtain because someone was using your app or website as an advertisement and not for its purpose, to connect with people in other states and have the car shipped.

I had a terrible experience with with william d autos. That outfit was highly unprofessional. They never called me back about an inquiry i had about a vehicle. I came to a deal with one of their sales people on a saturday, they told me to come by on monday to finalize it and they sold it on sunday to someone else. I tried to contact a manager about that, and 3 separate employees hung up the phone on me. I cannot recommend this company to anyone. Terrible.

Sales lady called me but couldn’t answer any if my questions, instead she kept prodding me yo come to the dealership (?!).