Terrible service. I wasn’t contacted on this vehicle but I got ahold of them by accident on another vehicle. I had to put down $500 deposit that he promised I could get back if I didn’t like the vehicle. When the time came to give it back he then said he couldn’t give it to me. I had to fight the charge thru my bank. The first time I was out there we just had very little service.

Good to know that they are good and they are near 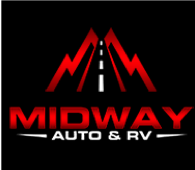 They got right back to me, and are still in contact with me about a different vehicle.

Selling price shown on Cargurus and the dealer’s site was $8000 less than what they were willing to sell the vehicle for. Dealer informed me of this as I was preparing to put a deposit down for purchase.

As an out of State buyer honesty and integrity serve to gain a customer's confidence and business. Brice was friendly, knowledgeable, and quick to respond to any questions. The dealership went out of there way (IN 10° WEATHER) to provide additional pics requested of the underbody and frame. They disclosed any and all would be flaws of the vehicle. Buy here with confidence knowing you'll be treated right. I have pinned the dealership for consideration in all future vehicle purchases.

Lithia responded to my inquiries very fast and gave me most of the information I was seeking. Did not end up buying the truck as it was priced a little too high. I would and may deal with them again in the future.

This car is such a smooth ride. Thanks Toyota lithia for helping me build credit, my credit was horrible but they were still able to work with me!

Contacted me at first about the truck I was interested in. Exchanged emails back and forth and then they just stopped replying back. Oh well!

Didn't end up buying from them, but they were very helpful.

The current Toyota Tundra debuted in 2014, although the basic design of this version of the full-size pickup has been around since 2007. For 2018, the Tundra gets some styling updates as well as an exciting new TRD Sport trim that adds both styling cues and performance upgrades. Certain trims receive updated mesh grilles, while a new billet-style grille will grace the Limited trim as well as the 1794 Edition—a Western-themed trim named after the founding year of the oldest cattle ranch in Texas, from which Toyota purchased land for the Tundra assembly plant. Limited, Platinum, and 1794 Edition trims also now come with LED headlights, daytime running lights, and fog lights.

Base Tundras will be equipped with the 4.6-liter V8 engine with an output of 310 hp and 327 lb-ft of torque, while upper trims (including the new TRD Sport) get the 5.7-liter iForce V8, rated at 381 hp and 401 lb-ft. The Tundra is available in both rear-wheel (RWD) and 4-wheel drive (4WD). Depending on engine, cab size, bed length, and drivetrain choice, the Tundra can haul between 1,400 and 2,080 pounds of payload or tow between 6,400 and 10,500 pounds. For comparison, rivals from the Big Three American manufacturers offer up to 12,000 pounds of towing capacity. It’s also worth noting that the Big Three also offer base V6s in their big pickups with similar performance and better fuel economy than the Tundra’s smaller V8.

In addition to the engine and drivetrain options, Tundra buyers can select from several body styles—the Regular Cab with a long 8.1-ft bed, the Double Cab with rear-hinged doors and either a 6.5-ft or 8.1-ft bed, and the CrewMax with a 5.5-ft bed. Available trims include the SR, SR5, Limited, Platinum, 1795 Edition, TRD Pro, and the all-new TRD Sport. The CrewMax configuration comes standard on the Platinum and 1794 Edition trims.

On the interior, the controls for the Tundra are well laid out and easy to operate, and the higher trim levels offer a truly premium-feeling space. The center console is large enough to hold a laptop, and some Tundra models get extra storage space under the seats. The base SR trim comes with smartphone connectivity, a 6.1-inch touchscreen, a USB port, Bluetooth capability, and voice-recognition functions. Next up, the SR5 trim adds a 7.0-inch touchscreen and is available with a TRD Off Road package, while the Limited trim gets leather upholstery, heated power-adjustable front seats, navigation, and dual-zone climate control. The Platinum trim receives parking sensors, front-seat ventilation, a 12-speaker sound system, a moonroof, and blind-spot monitoring with rear cross-traffic alert. The Western-themed 1794 Edition adds mainly appearance upgrades such as wood-style trim, and the TRD Pro trim gets performance items like a dual exhaust and Bilstein shocks as well as unique interior and exterior styling.

Toyota has added the Toyota Safety Sense-P suite of convenience and safety features as standard equipment for the 2018 Tundra, featuring lane-departure warning, a pre-collision system with pedestrian detection, automatic high beams, and radar-based adaptive cruise control. The 2017 model received a 4-star overall rating from the National Highway Traffic Safety Administration (NHTSA), while the Insurance Institute for Highway Safety (IIHS) gave it top Good scores for most tests and an Acceptable rating in the tough small-overlap test.

The Tundra is vastly outsold by its American rivals, and it’s likely going to be the same story with this only slightly revised 2018 model. Trucks from the Big Three outperform the Tundra in most areas that really count for pickup buyers, but the styling changes and the new TRD Sport trim should at least keep the Tundra a relevant choice until it can get a more significant refresh.

Top rated dealers near you with 2018 Toyota Tundra for Sale