They were willing to let us take the vehicle to our mechanic, before we potentially purchased the vehicle. We chose not to purchase the vehicle because we could not agree on a final price.

We had been looking for a while for a RAV4 and stopped to check it out and Josh was great. No pressure of buying and the whole process was easy. Everyone there was helpful and friendly. 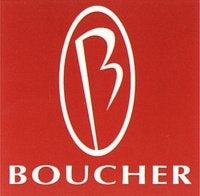 I did the chat online and they said car was available and they would email pictures. I never received them so i called and they told me the car was sold and then I reveiced an email about an hour later stating that it was available and wanting to make contact, very confusing.

Excellent dealership with outstanding service. Highly recommend them to anyone looking into getting a Mercedes.

Set up a time to come over to look at and more than likely buy, messaged them that I'm coming from over 2 hours away the day before, and let me know if things change, just about there and never heard from them so I called to verifyband was told they have sold it the night before....hello....call me, what a waste of 4 hours driving back and fourth.

Dealership was not willing to honor price listed on Cargurus site once I arrived even though I spoke with one of their representatives who stated the price was correct.

Worst experience ever, came with my own financing ready to purchase vehicle and the salesman came back 4 times with a higher car payment than I was already approved for outside the dealership!!! Found out they were adding $3000 !!!!!! THEY ARE THE MOST DISHONEST DEALERSHIP DO NOT WASTE YOUR TIME!!!

They are great people

Unprofessional, and conduct business in a very poor manner. They take several days before they answer an inquiry. The manager Justin refused to discuss the sale transaction over the phone. They stated that they were laid back and were not in a hurry to make a sale, despite having the car for six months. I requested a video of the car for three weeks but they never provided it!!!???

Jeff Majdoch is helping me, he has been super helpful, haven’t bought a can, still looking, he has continued to help.

If I could write zero I would. Sold the truck the night before, still called me and told me to come in. Waited in the lobby for 30 minutes before anyone talked to me, then they told me they sold the truck.

Really enjoyed my experience there. Everyone was very friendly and made me feel welcomed.

2 weeks and I am still waiting on the documents to transfer my license plates. They keep telling me they are going to send the paperwork, but its been two weeks. Should have had it the day we purchased the vehicle. Salesman, Jim S. was awesome. After him it has been a sad experience. Would not recommend.

Contacted me but never did provide additional photos as requested. Could be the car was sold after my request.

Great salespeople and service. Would use this dealership again.

Following big changes to Mercedes-Benz's nomenclature, the M-Class of old became the GLE-Class for the 2016 model year. While technically an all-new model, the GLE-Class borrowed heavily from the M-Class it replaced, the last generation of which dated back to 2012. So the GLE-Class wasn't quite as fresh as it might have seemed at first glance, but it did bring a new powertrain, styling updates, and a 4-door coupe version that was introduced at the North American International Auto Show last year. It looks like the next generation of the Mercedes-Benz GLE-Class will be coming for the 2018 model year, so updates from 2016 to 2017 will likely be limited to mild cosmetic changes or the addition of a new color or two.

A midsize luxury crossover SUV, the GLE-Class slots right in between the GLC-Class and GLS-Class, and with the addition of the GLE-Class Coupe, the model is more in line with the X5/X6 lineup from rival BMW. The GLE-Class, whose overall design is starting to get a little long in the tooth, also has stiff competition from crossovers like the Audi Q7 and Volvo XC90. The 2017 GLE range is made up of nine trims, from the GLE300d, GLE 350, GLE350 4MATIC and GLE400 to the GLE550e plug-in hybrid and the sportier GLE63 AMG and GLE63 AMG S-Model, along with Coupe versions of the latter two.

The range of powertrains for the 2017 Mercedes-Benz GLE-Class is remarkably wide and runs from the fuel-sipping to the scary-fast. As usual, most of the numbers in the trim names don’t really make sense and give no indication of how big the engine under the hood actually is. At the bottom of the range is the GLE300d, which has a 2.1-liter 4-cylinder turbo diesel that makes 201 hp. Next up is the GLE350, which can be had in rear-wheel drive (RWD) or all-wheel drive (the rest of the GLE trims are all equipped with 4MATIC AWD) and is powered by a 3.5-liter V6 that makes 302 hp.

The GLE400 features a 3.0-liter V6 with two turbochargers that makes 329 hp. The GLE550e also features a 329-hp V6, but it displaces 3.5 liters and features an electric motor that makes 114 net hp. The total gas-electric hybrid system makes 436 hp, and the GLE550e can travel up to 19 miles on electric power only. It has four driving modes that include hybrid, all-electric, battery saving, and battery charging. On a 220-volt charge, it can be fully juiced up in about two hours.

As for the sportier trims, the smaller GLE43 AMG features a 362-hp 3.0-liter V6, while the GLE63 AMG features a 5.5-liter twin-turbo V8 that makes a whopping 550 hp. The GLE63 AMG S-Model cranks that up even further, drawing 577 hp from the 5.5-liter V8. The GLEs all come with a 7-speed automatic, and the GLE63 AMG trims will do 0-60 mph in a little over four seconds. Top speed is, as with many quick German cars, electronically limited to 155 mph.

Fuel economy is similar to that of the old ML. The GLE300d gets 22 mpg city/29 highway, while the base V6 GLE350 gets just 17/22 with AWD and only a couple mpg better with RWD. The GLE550e plug-in hybrid, meanwhile, gets rather disappointing numbers that fall in the mid-20s. Finally, the twin-turbo V8 GLE63 AMG is a predictably thirsty machine, with an EPA rating of 13/17.

Comfort, Slippery, Sport, and Individual driving modes control chassis, powertrain, steering, and suspension, while AMG trims feature an additional Sport+ mode; other trims can be had with an Offroad+ package, a locking differential, and extended-range air suspension that can raise ground clearance to 11 inches and fording depth to 23 inches. Almost all GLEs get Mercedes’ 4MATIC AWD system, which splits the torque 50/50 for most versions but 60/40 rear-to-front for the sportier AMG vehicles. Active anti-roll bars come standard on the AMG trims as well, and are optional on the rest of the lineup. Both ride quality and handling are said to be especially good for a vehicle of this size.

On the inside, the GLE-Class benefits from the fit and finish that distinguishes the rest of the Mercedes-Benz range these days, and both carbon fiber and woodgrain trim are available to distinguish the cockpit visually. All infotainment and convenience features should be familiar to anyone who’s spent time in a C- or E-Class sedan, and the center console features the familiar COMAND controller and touchpad, along with an 8-inch screen on the dash. Rear DVD entertainment system is an option, and sound systems from either Harman Kardon or Bang & Olufsen are available. Seating is soft but supportive, and room in the rear seats is ample. Cargo space is ample as well. With the GLE Coupe, though, you sacrifice big time in the practicality department with that sloping roofline, just like you do with the BMW X6.

The old ML was a top choice for the safety-minded, and its safety ratings carry over to the very-similar GLE, including a Top Safety Pick rating from the Insurance Institute for Highway Safety. As for safety equipment, the GLE-Class features an attention assist system to warn of drowsy driving, adaptive cruise control, forward collision warnings, lane-keep assist, blind-spot monitors, and forward collision avoidance. Rear- and surround-view camera systems are optional. Those wanting the newest and freshest in technology and styling will probably want to hold out for the second-generation GLE that will likely arrive for 2018; but the 2017 model is still lavishly equipped and a lively performer.