Amazing customer service and extremely honest and upfront. You can’t go wrong with Royal Motors. They will definitely see more business from me in the future

They were Great no dragging you around for an entire day while trying to figure out things. They were in my opinion spot on with price and paperwork. I'll buy another vehicle from them no problem.

Good response time, helpful and called when the car was sold 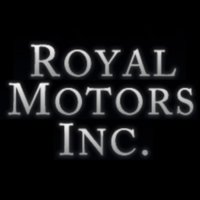 Very helpful and accommodating. I would buy from them again.

I had an excellent experience with the dealership when I purchased my vehicle. This is my third Benz, and I have experienced very good treatment when I go in for service. The employees are very personable both in sales and service.

Very please, the dealer and get back to me the next day. Sent me all the information I needed. Did not buy the one that they had, but I did buy a Mercedes

Quickly reached out to me.

They responded promptly and answered all my questions

Good response from the dealership and very timely.

Every one at route one is very helpful,I ended up purchasing a similar suv closer to home

Once I talked to the dealer the price increased by about $6,000 for a “certification” fee. That is about 20% margin. Nice profit for the dealer - if it worked... not on me... I did not buy a car from this dealer and never will.

Jennifer called I asked for an out the door price. She said she could do it and would call right back. It has been 4 days and I have not heard anything.

Very pleasant' in constant communication trying to fill my order

Great sales person. Car out of my budget.

Unfortunately, they were very non-specific about mechanical info about the car. They claimed to have done a multipoint inspection of the car, but would not provide a copy or even answer questions about it. When it came to payment (cash deal, no trade) they wanted me to send cashiers check or wire the money, but would provide no security for me. Would not even consider using any form of escrow service.

Aiming to shed its image as a builder of sedate luxury sedans, Mercedes-Benz’s reinvigoration of its AMG division over the last decade has resulted in its pinnacle achievement so far: the AMG GT coupe.

With AMG now standing apart as its own division within the Mercedes family, not simply a trim level, the group has become free to work on its own projects. The GT lineup, which debuted initially as the high-performance GT S, grows for 2017 with the more accessible (but still ferocious) AMG GT. In AMG-speak, adding the letter S to the end of a trim's nameplate means it offers more performance—but also more compromise. S trims tend to be faster but also more aggressive to drive and, of course, more expensive.

The AMG GT, instead, shoots for the Porsche 911 and the Audi R8 V8, two highly-established German sports cars. More frugal shoppers will find similar performance, if a slightly lower degree of refinement inside, in the Chevrolet Corvette.

To that end, the AMG GT utilizes a twin-turbocharged 4.0-liter V8 engine rated at a stellar 456 hp and 443 lb-ft of torque, figures that will help it sprint from a standstill to 60 mph in less than 4 seconds. Step up to the GT S and you’ll net the same engine tuned to deliver 503 hp and 479 lb-ft of torque, enough to shave about two-tenths of a second off that 0-60 mph sprint.

One thing that sets either variant of the AMG GT apart from some rivals, however, is that neither offers a manual transmission. A 7-speed dual-clutch automatic is the only gearbox available. The dual-clutch design provides rocket-fast shifts completed much faster by the car’s computer than would be possible for a human.

Both deliver the same 2-door styling and firm-riding, grip-oriented high-performance suspension. Given the model was developed on Germany’s demanding race tracks—and to excel on its network of non-speed-limited autobahns—the AMG GT’s credentials make both variants legitimate rivals to Porsche and Audi.

Unlike those German competitors, however, the AMG GT is offered only with rear-wheel drive, as well as a limited-slip differential to apportion power between the rear wheels. An adaptive suspension is adjustable at the tap of a button, as are elements like the car’s throttle response and transmission tuning.

An optional Dynamic Plus package brings with it a host of performance upgrades like special transmission and engine mounts to deliver improved handling, as well as a unique tune to the engine that changes where its peak power occurs. In short, it seems like a worthwhile option for those looking to get the most out of an AMG GT.

One thing that helps the AMG GT stand apart from its predecessors is a comfort mode that makes it considerably more docile in daily driving. With a refined interior and a relatively cavernous cargo area, the AMG GT is the first of its breed that can truly be driven comfortably on a day-to-day basis (although opting for winter tires would help in snowy climates).

Helping keep drivers and passengers in place are special performance seats wrapped in Nappa leather trim. Otherwise, the AMG GT’s cabin is so refined that it could easily have been plucked from any other model in the Mercedes lineup. Luxury options are limited primarily to a high-zoot Burmester audio system, a blind-spot monitor, and, of course, a near endless array of paint and upholstery choices.