My experience was a good one with positive energy. 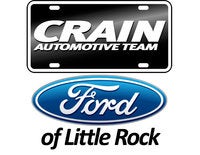 I would not even give them a 1. We test drove a car there. It ran terrible. It had a miss, no power, ands the engine light was on. They told us that they would fix it and let us know when it was ready. A couple of days later we had to call them to find out the car was fixed. We made an appointment at 2:00 for the next day. We even let the salesman know that we were on the way. He was holding it for us. As we were pulling into town, the salesman said the manager sold it!!!!

Easy expirience. Did the deal over the phone and picked the truck up the next day.

This car was sold already. We drove across town after calling the dealership and being told the price for the car. We got there only to be told that the car was sold the day before but they had several others to pick from. What a waste of time!

Quick and professional reply from Angela trying to meet my needs... I ended up purchasing closer. I’ll use them if I need them in the future

Initially I had a good experience. I was contacted and spoke with a salesperson. When I attempted to negotiate the price of the vehicle communications ceased. I expected more from the dealership.

Dealer representative was as helpful as she could be. The vehicle of interest was a trade in and had not been fully processed yet so we were not able to get as much information as expected.

It was good. I just don’t have the credit to make it happen

They were willing to go above and beyond for me. Great people.

Car sold before could be viewed. Helpful salespeople communicated well.

Call me at 3:30 on Monday. After a weekend of working on a car deal.. I’m on the phone buying insurance the next day to be on my way to get car, they call me at 12pm next day to tell me car is sold. Maybe got you but not for me -Jimmy

Although I didn’t buy from them Shun was very helpful.

Car rides nicely, several cosmetic damages, needed a complete detail. Lots of dog hair in the which decreases the value because you have no idea of what has happened to the interior. Non-disclosure price online is with trade. Did my research not worth more than 18k considering similar offers with less miles and no wrecks.

Kept in touch, updated Me on price

They returned my call. The salesman brought it to my garage for my mechanic to inspect. We visited as mechanics went over the vehicle. They had papers already drawn up and I bought it. All of this took place on a Monday. I had left the message the previous day. The dealership was about 2 hours away. Prompt service. Couldn't have had any better service.

The best dealership I’ve dealt with! They went above and beyond to take care of me and got me into the car I wanted with no BS like other dealers

Ford has, however, delayed a comprehensive overhaul of this outsized ute: a redesign was scheduled for 2017 but is now slated for the 2018 model year instead. The new 2018 Expedition should feature military-grade aluminum components on its frame and body, similar to the current full-size F-150 pickups. In fact, the next-gen Expedition is anticipated to be, essentially, an F-150 reconfigured as a people-hauler instead of a work truck. But for 2017, the Expedition is expected to carry over pretty much the same as the current version, though there are hints of a few tweaks to the Sync infotainment and telematics features, which may include upgrades to smartphone apps and WiFi Hotspot capability.

Look for the Expedition to come in both standard-length and EL (extra-length) versions for the upcoming year. Standard-length trims offer 206 inches (17 feet, 2 inches) of overall length and a 119-inch (9 foot, 11 inch) wheelbase, while the EL stretches to 220.8 inches (18 feet, 4.8 inches) in overall length, with a 131-inch (10 foot, 11 inch) wheelbase. There are four trim levels: the XLT, Limited, King Ranch, and Platinum, each offered as either a standard-length or EL vehicle.

The 2017 Expedition stable employs a standard rear-wheel-drivetrain (RWD), with part-time shift-on-the-fly 4-wheel drive (4WD) available on all trims for those who envision snow-covered highways or off-road travels.

It’s also expected that the 2017 Expedition lineup will keep its current turbocharged 3.5-liter V6 engine, managed by a 6-speed shiftable automatic transmission. Look for 365 hp and 420 lb-ft of torque from this combo, with mileage in the RWD trims returning at 16 mpg city/22 highway/18 combined for standard-length and 15/20/17 for EL versions, while mileage for 4WD trim levels in both lengths drops by about one mpg across the board. In one test, the current Expedition scooted from 0-60 mph in a respectable 6.5 seconds, and towing capacity should max out at 9,200 pounds with the proper equipment.

Depending on the trim level selected, expect the 2017 Expedition to boast 18- or 20-inch alloy wheels, step running boards, a roof rack, a power liftgate, a towing package (heavy-duty in the Platinum), and heated power-folding mirrors. The Expedition Platinum trim level also gets a standard power sunroof.

Inside, again depending on the trim level selected, look for standard cloth or leather upholstery, heated power-adjustable front seats, heated second-row seats, full power accessories, remote engine start, cruise control, and a power-adjustable telescoping and tilting steering wheel. Also returning are such standard niceties as a rear-view camera, front and rear parking sensors, an auto-dimming rear-view mirror, power-adjustable pedals, tri-zone automatic climate control, memory for driver settings, and power-folding third-row seats. With all rear seatbacks folded down, you can pack the standard-length Expedition with up to 108.3 cubic feet of cargo; the EL versions are capable of hauling up to 130.8 cubic feet of cargo.

For technology, Ford’s Bluetooth-integrated Sync--and in higher trims, Sync 3--infotainment and telematics, which replaced the frustrating MyFord Touch systems in 2016, will again come standard (and with the possible upgrades). The basic Sync version in the base XLT offers a 4.2-inch touchscreen, while higher trims feature an 8-inch touchscreen for their standard Sync 3 system. The entry-level XLT features a single CD/MP3 player with 6 Sony speakers, satellite radio, separate rear audio controls, and an auxiliary audio input. All other trims add an upgraded 390-watt system with 12 speakers.

Look for the 2017 Expedition to arrive in dealer showrooms in the fall of 2016, competing against the likes of the Chevrolet Tahoe and Suburban and the GMC Yukon and Yukon XL. But none of the GM models boast the ride comfort, acceleration, or plain old roominess of the Expedition, according to most reviewers. And the Expedition's other close competitor, the Toyota Sequoia, is beginning to gain a distinctly dated feel.

Top rated dealers near you with 2017 Ford Expedition for Sale