The Car Corporation of Maryland Dealer was quick to respond with information regarding the vehicle and answer any questions I had regarding the vehicle's history. Though I did not choose this particular vehicle to purchase the dealer's inquiry response was appreciated. The Magothy Motorcars Inc did not respond to inquiry nor did they offer assistance when I went to the dealership to view and possibly test drive the vehicle.

We didn't buy the car, but the salesman was very friendly and helpful.

They were very nice on the phone. But they didn't contact any more. I sent them a text with no response either so i will not bother them anymore. 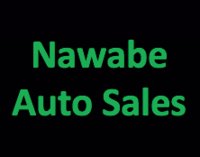 Great experience sent me a reply right away. My husband didn’t care for the look of it. Thank you

Wonderful customer service! Very helpful getting me into my new car! Thank you Nilda and Oz!

Yes they got back with me. But I went with a different truck.

This dealer was fine. They advertised a couple of trucks were liked but when I called the vehicles were not ready to be seen since they still needed to be inspected.

Car corporation calls me every day or even several times a day. Its disruptive and potentially stressful.

They answered all my questions in a very short time

We were treated fairly & with respect.

Buying my new work truck at Car City was a fantastic experience. They went out of their way to accommodate my schedule and even met me off site for a test drive. Ese was a likable salesman and was very kind and helpful. I would definitely buy from them again.

Nice friendly and work buy a auto from them

Didn’t buy from this dealer because I already committed to buy a different car from a different dealer. However, the dealership did reach out to me several times, was very courteous and offered to work with me in my future endeavors.

Lance was the epitome of professional, timely and helpful. I purchased the car within days.

Upon arrival the experience was awesome. The weather is horrible but Lance the sales manager was very attentive, patient and helpful. I met Mr. Parsons in person who is the owner, that made me an awesome deal. I am so happy with the purchase of my 2016 Maxima Platinum!! I recommend Parsons

Quick response to all my questions.

They were all good. But, I was not happy with the price. They responded right away

David followed up with me and adjusted nicely when my needs changed. He found just the right vehicle and was very helpful. The whole process was seamless thanks to David Mejia and I'll definitely buy from them again.

I had a great experience with Americar, Mr. Bruno Marques helped me to pick the car that I need without putting any pressure to make a decision, everyone were very professional. I end up buying a Ford150, in great condition, and very affordable payments I really recommend Americar

Great service. Absolutely love my vehicle. Financing will give you the run around but it was worth the hassle. Darling was awesome!!!

Nice staff and fair deals. Would buy from them again

It was awesome Kyle helped me get my first car and was always there if I had a question or needed some help, I went in got all the papers signed and had a car, great experience I 10/10 recommended everyone there was nice and respectful, Kyle is the man though

Vehicle sold to another party, sales staff was prompt and polite

Fast response. Honest about the description and Kevin went about and beyond to help me.

They are very good with customer service & most of all knowledgeable.

They were very helpful and went beyond my expectations. I would recommend them to anyone considering the purchase of a car.

Decided on another vehicle Lots of contact fro them

everything was done same day and I drove the car home same day,Mr Hamid was helpful,

The real news regarding Dodge’s 2017 Grand Caravan is that there will be a 2017 Dodge Grand Caravan. A memo “leaked” from Fiat Chrysler Automobiles (FCA) indicates the Grand Caravan, initially scheduled to be deleted from the Dodge lineup after 2016, will get an extended life to cover fleet sales here in the U.S. and fulfill orders from Canadian dealers while production of upscale Chrylser minis like the new Pacifica and redesigned Town & Country gear up for 2017. This useful Dodge is the most popular minivan sold in Canada, and FCA is doubtless leery of losing this market. The bad news for the Grand Caravan lineup is that this reprise is, as of now, temporary, and production will be limited to only enough units to cover the interim between late 2016 and early 2017.

The growing popularity of crossovers has led to speculation that the minivan’s days are numbered, but its passenger capacity, livable MSRP, and sheer practicality have since brought about a resurgence in minivan sales. Chrysler is usually credited with inventing the modern minivan, and Dodge’s Grand Caravan, the least expensive of FCA’s minivan offerings, has been a market staple since its inception for the 1987 model year.

The Grand Caravan will remain unchanged for 2017. It offers 5 doors and seating for 7 in 3 rows, with trims including the SE, SE Plus, SXT, SXT Plus, and the flagship R/T (Road/Track). All trims will be delivered only with front-wheel drive (FWD) and all will offer an impressive 143 cubic feet of cargo space with the rear seats folded.

Powering the Grand Caravan is a 3.6-liter V6 engine. Mated to the standard 6-speed shiftable automatic transmission, the V6 puts out 283 hp and 260 lb-ft of torque, while burning regular unleaded at an estimated 17 mpg city/25 highway/20 combined. One track test had the current Grand Caravan trotting from 0-60 mph in 8 seconds flat, which is about average for its class. Payload and towing capacity are maxed out at 1,540 pounds and 3,600 pounds, respectively. The Grand Caravan’s ride is far from plush, and handling on all trims other than the semi-sporty R/T tends to be lethargic.

Among the Grand Caravan’s unique features are the trademark Stow ‘N Go fold-in-floor second-row seating arrangement and an available power-folding third-row seat, which doubles over into a well beneath the rear cargo area for more efficient use of cargo space. Then there’s Chrysler’s available Bluetooth-integrated Uconnect infotainment and telematics technology, boasting a 6.5-inch touchscreen display. A pair of rear power-sliding doors, meanwhile, have a “gentle-close” feature that automatically pushes the doors back if they encounter an obstacle while closing.

The SE and SXT are typically equipped for the segment, boasting cruise control, telescoping tilt-wheel steering, dual-zone air conditioning, and a CD/MP3 player sporting 4 speakers and an auxiliary audio input. The Plus versions of these trims add such standard extras as upgraded upholstery, alloy wheels, 6 speakers, and satellite radio. Moving up to the premium-level R/T gets you leather seats, a performance-tuned suspension, remote engine start, and 9-speaker premium audio entertainment.

Noteworthy optional packages include a DVD/Blu-ray Entertainment System with 3 rear screens, including one dedicated to the third row. There’s also a Driver Convenience group for the SXT Plus and R/T that offers heated front seats, a heated steering wheel, and sunshades over the third-row power windows. The R/T can be purchased with a Safety Sphere group that boasts rain-sensing wipers, rear parking sensors, a blind-spot monitor, and rear cross-traffic alerts.

Aside from mandated safety features like airbags, standard safety equipment aboard all Grand Caravan iterations includes daytime running lights, a post-collision safety system, and rear height-adjustable headrests. Higher trims also offer standard front fog/driving lights and dusk-sensing headlights, with the R/T tossing in a remote antitheft alarm. The National Highway Traffic Safety Administration (NHTSA) gives this Dodge minivan 4 out of 5 stars for overall crashworthiness, while the Insurance Institute for Highway Safety (IIHS) awards the current Grand Caravan its best score of Good on all tests other than the small-overlap frontal-offset category, where the minivan scores a lowest-possible Poor.

Look for the 2017 Grand Caravan to go up against the bestselling Honda Odyssey, as well as the Toyota Sienna and Kia Sedona.