It was a fun experience...

I contacted the dealer on 7/14/20 about this vehicle. They kept in contact and then I filled out the application on 7/15/20 and it was hours before I heard back from them and then I finally got a response that he been in and out of meetings all day and he would be with me shortly and here it is the day is almost over and still haven’t heard any update from them! Bad customer service!!! 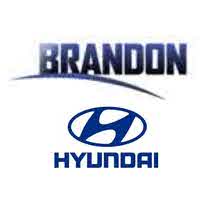 nice people to work with

They responded quickly. Gave a nice video of the truck. Very responsive and used my preferred communication method. Not sure if we can get there on the truck I want though, we’ll see.

Great dealership but purchased closer to home. He reached out to make a good deal, quick to ask questions. Thanks anyway guys.

I am being generous by giving this thief, one star. Dealer tried to add $2,300 dollars of so called ""Dealer Fees"" to the price. absolutely dishonest in dealing. I would avoid this dealer like the plague.

very professional ..in and out.. car is in super shape just as advertised

I would highly recommend this dealership to family and friends. The listing accurately described the condition of the vehicle and the dealership staff was very nice. We are extremely happy with the vehicle we purchased. Sincerely,

Very informative and direct with all of the questions and my concerns about the vehicle. I would recommend them to whoever was looking for a vehicle.

Very helpful.Went the extra mile to help me as I was under quarantine and most interactions had to be done via phone, computer, etc. Have yet to drive the vehicle so can't speak as to the condition of the car.

Sales man was very good,I bought it with out seeing it and they told me it was a good truck.they Will deliver to my house.wish me luck.

Communication with the salesperson was confusing and inaccurate. Sales person quoted or did not know what âout the doorâ price meant. This person also did not know how to account for the equity in my trade-in to the overall price of the vehicle. Not the face to the customer a car dealership would want. I would not recommend

Good to work with. Up front with you.

They were very helpful Cody and Elliott

Will recommend to friends.

Excellent Jose Mateo and all were very professional. Would buy there again

Though I didn't end up purchasing a car here Jason was very helpful and took a no pressure sales approach which I appreciate!!

i was waiting for the vehicle to arrive to go see it, and they sold it as soon as it came in. i'm very disappointed in that dealership, since they knew i was waiting

Very honest and transparent.Was very interested in a car but the sales person quickly shared that the car had been heavily smoked in and consequently had a pungent cigarette odor. Being allergic to cigarette smoke, I was very grateful he let me know before driving the 5 hours to the dealership.

Good staff from sales to office personnel. They will work with you to get a deal completed. I'd recommend them to anyone

They really take good care of the customer, but the inspection fee make me confused $1195 that was the first time I saw that ,

The car buying experience was quick and easy. My only complaint was interior driver and passenger door was faded and plastic is dry rotting due to too much sun exposure. Listed on the we owe you to have these areas detailed assuming it was dirt or stained. Picked up the truck after signing paperwork and the plastic is coming off like snow. Dealer is unwilling to do anything.

The dealer was quick to respond to my inquiry and all following questions/correspondence. The staff was super friendly and accommodating, they worked with us and got us the deal we wanted. Also, the car was clean, fit the description perfectly and is everything we had hoped for/expected. So happy to drive away with my dream car! Highly recommend Nissan of Bradenton.

It was a great experience and they were very knowledgeable. It was the best experience I've had buying a SUV.

Contact was immediate, but the car was sold. They offered to help me find anything I wanted, but I politely declined, preferring instead to conduct my own due diligence on line.

Impala is one of the most enduring names in the automotive world. While Chevrolet has stopped building the Impala a few times over the almost six decades since it was first introduced, the sedan is currently in its tenth generation, which debuted for the 2014 model year and shares much of its platform with the Cadillac XTS and Buick LaCrosse. The tenth-generation Impala was a breath of fresh air compared to the ninth-generation car, which can actually still be ordered as a fleet model. It is considerably better looking than its predecessor, especially from the rear, and the interior and equipment are much more up-to-date. In 2014, the Impala overtook the Toyota Avalon as America’s best-selling full-size sedan.

The Impala is still a reasonably priced full-size front-wheel-drive sedan, competing with models like the Chrysler 300, Hyundai Genesis, and the aforementioned Avalon. Because the new Impala was so far ahead of the car that it replaced, a redesign isn’t due for another few years, so 2017 will be a year of minimal changes, like new colors and minor cosmetic tweaks.

There were rumors of Chevrolet putting a new 9-speed automatic in the Impala, but that doesn’t appear to be the case. Impala trims include the base LS, LT, Premier, LS CNG, and LT CNG. Prices start at a competitive $27,300 for the base LT, but a loaded LT CNG model will run to $41,000. A decently equipped V6 Impala, however, should cost somewhere in between for a prudent buyer. CNG models can run on either regular gasoline or compressed natural gas and come with dual exhaust tips.

Available powertrains for the Impala remain the 2.5-liter inline four or the 3.6-liter V6. The four makes 196 hp and 186 lb-ft of torque, which isn’t exactly a dearth of power, but the Impala is not a small car and most buyers will likely spring for the six available in the upper trims, which makes either 260 or 305 hp depending on the fuel used and can get the Impala from 0 to 60 mph in just under seven seconds.

Much of the industry is going the way of smaller turbocharged powerplants, and that may come in the future for the Impala, but for now it’s still just the four and the six. The 4-cylinder Impala gets 22 mpg city/31 highway, while the V6 versions get 19/28.

Infotainment is centered on an 8-inch touchscreen, and the 2016 model added Apple CarPlay. Navigation is optional. Standard active noise cancellation drowns out engine noise, and the more premium versions have thicker glass and additional sound-deadening material to make the ride even quieter. Springing for the LT adds dual-zone automatic climate control in front and a voice-recognition audio system. The Premier model also adds rear cupholders and leather to the shifter and steering-wheel rim.

All Impala trims, though, have ample interior space, with the exception of rear-seat headroom. Legroom has grown by over three inches in front and two in back compared to the previous generation, and trunk space measures 18.8 cubic feet. The Impala has more usable space than both the Hyndai Azera and Toyota Avalon, and compares favorably with the very roomy Ford Taurus.

The previous Impala was not a stellar choice as far as safety is concerned, but the newest Impala comes with a total of 10 airbags and can be had with adaptive cruise control (a first for Chevrolet), blind-spot monitors, lane-departure warnings, parking sensors, forward-collision warning and a rear-view camera. It’s also gotten solid results in official crash testing. The adaptive cruise control system features radar-based automatic braking.

The latest Impala has injected some freshness into a familiar model name. While changes for 2017 are minimal, they do include interesting new fuel options, and the Impala remains a tempting choice in the always competitive full-size sedan market thanks to its sharp looks, ample interior space, and impressive list of equipment.

Top rated dealers near you with 2017 Chevrolet Impala for Sale