I decided to wait on purchasing a car due to a emergency health issue but the dealership was very quick to respond & were very helpful with any guestions I had & very professional. I would have gave 5 stars but I didn't meet with them in person is the only reason why.

They respond in timely send me videos off vehicle 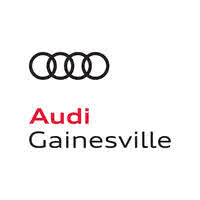 Hannah was very professional! She did a wonderful job

The sales man and finance guy was very knowledgeable. I would do busy with them again.

Although I did not find a vehicle for my needs,or in my price range, Chris one of the sales people has been keeping in touch and in mind if one would come up. Ask for Chris he will go the extra mile for you without a doubt.

I had a relaxed and comfortable visit at Bert Smith. The entire process took less than 2 hours on property. I am happy with my purchase.

Hannah was very professional! She did a wonderful job

The sales man and finance guy was very knowledgeable. I would do busy with them again.

Staff was very friendly and welcoming

Remote transaction with little hassle. Paperwork and title were overnight mailed to me and after I signed on the dotted line I sent my wife to pickup a couple states away. Very agreeable, good deal, no haggling.

It was already sold yet remained on line for days

Immediate respose.. Concerned about my needs. Kept in close contact about other incoming shipments of my possible like or need.

I told the dealer that I was driving a long distance to see a specific vehicle. Dealer assures me that the vehicle I’m interested in is in stock. Drive an hour to see it, but it had sold the day before.

The dealer was prompt & helpful without pressure.

Went to dealership, and found an empty storefront. Attempted to contact several times got 1 respond back

Although they just moved to their new location, Guerrmo (Will) was very courteous, and patient. He gave me all of the information I needed to make my experience a smooth and successful one. I would recommend to my friends who is looking to buy a vehicle.

Got back with me

Great place nice people I became ill and could not complete transaction I highly recommend this place my only turnoff I felt the car was not that clean inside door handle was very loose!

After visiting 4 other car dealerships looking at cars, this place was a breath of fresh air. From the moment we pulled in until we drove off the lot the staff was friendly, efficient and honest. Best car buying experience ever! We will refer this place to others.

Was able to agree in a price before the 2 hours drive. However the reprocess first some reason still took over 4 hours. Each person I dealt with individually was great, the transition people them desperately needs help. Was ready to walk out without the vehicle because of it.

Dealer was nice made contact with me as requested I just found a better deal somewhere else.

Professional, experienced and really willing to work around my budget and monthly payments to get me what I needed!

Autohouse in Tampa was by far the best car buying experience I've ever had. We arrived at the lot, were on a test drive in just a few minutes, had a quick price negotiation, and then 30 minutes to do all the paper work and get on the road. Nick was awesome to deal with.

Just some things didn’t in closed like spare tire was blown up because coming of car lot front right blow up no spare had to call tow truck. Other then that good experience

The internet specialist I first encountered was great. The salesperson I was paired with failed to follow up. I asked him a question on Monday, 8/3. I hadn’t heard back, so I sent him a text Wednesday, 8/5, in case he was off. He finally text me back this past Monday, 8/10. Fortunately, I’m not in a hurry, otherwise I’d have to chase him down to get a deal done. I guess they aren’t desperate for my business, so I’ll keep looking. I can afford to be patient.

Hard to get through to them by phone, and took a long time to get financed. They need to make sure all fobs are in working order. All in all just needs a little bit fine tuning

Quick to respond and very helpful with information.

The salesman worked with me and heard me out. Instead of selling what he wanted he asked what I wanted .

Went to see car on Saturday and it wasn’t there. NOT HAPPY!! The salesman said after I left a message that the car was taken to another dealer and being showed to someone else, its sold.

Dealer sent me a google calendar invite which I accepted, took the day off of work and they sold the car to a walk up customer as I was on my way. They were rude and buyer beware if you use this dealership, very very very sketchy

Horrible experience disorganized, I bought a car the tank was on E and they only gave me one key without even disclosing before the deal was made and the car wash dirty after they said they were going to clean it and they were not trying to give me gas because it's a used car

I was contacted promptly. The car that I was interested in was sold. However, someone from the dealership has done follow up. I do appreciate it.

Overall the experience has been good. Buying an automobile over 500 miles away definitely has its challenges. The dealership has help in an attempt to finalize the sale.

Very nice experience. I would recommend their business and visit them again.

No longer just a plaything for the trendy and nostalgic, the new Beetle continues into its second year beating its own drum without the "New," but with a new convertible body style added to the lineup for 2013. Yes, this is the not-quite-Porsche-looking thing you got a rare glimpse of this past year—it's not a mirage or a trick of the light, this latest incarnation of the Beetle is longer and sportier than before. To mark the occasion of its second year, a special edition Fender version is also available with a Fender stereo, unique styling, bi-xenon headlights, LED running lights and 18-inch aluminum-alloy wheels—but there's just one small problem threatening to crash VW's party altogether.

Drivers are generally exceptionally pleased with their 2012 Beetle, but also universally bring up what can only be called a design defect, given the frequency of complaints. Sometimes lots of reviews can be a bad thing, and the Beetle has a few hundred scattered around the Internet, all complaining about windows that don't go up and stay up when they should—without exception. Absolutely every review mentions this, whether the car has been owned a few days or nearly a year, and worse yet, Volkswagen has no repairs to offer, and some drivers mention the windows exploding at high speeds. This does not bode well for an otherwise brilliantly designed genuine new addition to the compact class, but we can hope it was just a hurried first batch (the 2012 was a relatively early arrival in May 2011) with the 2013 in perfect working order. Do check with your dealer and then double-check with Volkswagen if you simply must have one now.

That said, drivers also take some issue with the engine selection. Though a distinctly sporting TDI turbodiesel is rumored to launch for the States any year now, the present lineup lacks refinement and zest, being built off the Golf's platform with the Golf's engines and the Golf's turbo setup, but a few hundred extra pounds to tote around. Basically it's a VW Golf made to look like a Porsche that somehow manages to be a good compromise of neither.

Instead of being comparably economical for a compact, the base 2.5-liter inline 5-cylinder powering all so-named 2.5 models gets 22 mpg city/31 highway at best with the 5-speed manual or 22/29 with the 6-speed automatic. Instead of performance, as the economy would suggest, that engine musters only 170 hp and 177 lb-ft of torque for an on-par 8.8 seconds to 60 mph. The 2.0T models get a turbocharged 2-liter inline-4 good for 200 hp and 207 lb-ft of torque, shaving 0.8 seconds off the 2011 edition for a zip-to-60 in 6.3 seconds, and fuel economy actually improves to 22/30, whether you choose the 6-speed stick or 6-speed DSG automated manual. The turbo definitely gets you closer to compact par, but the MINI Cooper offers 5 mpg more without as much turbo lag reported by 2012 Beetle drivers.

On the upside, the base Beetle, 2.5L and 2.0T are all available in PZEV-compliant forms for no additional charge, and the interior is more ergonomically designed than many competitors with user-friendly gauges and buttons. Much as the Beetle has its downsides, it is still very much worth a test at least to see all the improvements to interior storage, rear legroom, overall headroom, outward visibility, materials and use of space in its latest incarnation. Though no official figures exist for the convertible editions just yet, it's pretty safe to expect slightly worse fuel economy and performance for the added heft of reinforcement for the frame to let the top down.

Top rated dealers near you with 2013 Volkswagen Beetle for Sale