The salesman I talk with was easy-going and was very helpful I’m finding out information about the truck.

Miko was great! She was very helpful and professional. 1st great experience with a salesperson 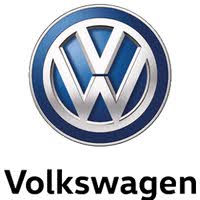 Responded very fast. Will be reaching out to finalize transaction

Can they move any faster? Need to update their listing so people don't waist their time to apply for a car that has been sold a few days ago

Car had sold but was still listed

She got back to me right away,but I didn't realize it was a sick, I just had a right knee replacement because I had a car accident and broke my right knee so I can't drive this car but I do appreciate them getting right back at me!

Good experience. Inventory is what you are looking for. Check them out. Make sure you are clear about what you ask for on the deal with them. Also, make sure they detail the car before taking it.

Quick response but still deciding on what car that I’m considering.

The sales manager Matt made the deal happen. My salesman William was knowledgeable and finance was quick.

One voicemail message inviting me to visit; three email responses, however all were "canned email', and my questions were never addressed by neither Salesperson Jerry, nor the Sales Manager.

The car came with damage that was not reported to me even though I ask. Not truthful on all point. Would not use them again

Very nice and smooth, they waited after hours for us, they were very accommodating and pleasant. Great service.

I just bought the car from them and so far my experience with them has being great from the time I contacted them until the time I got the car and signed the documents. George and Kenya have been helpful along this process.

They contacted me twice and offered their services for a test drive, but after thinking it over, I told them that maybe over a hundred thousand miles might be too much servicing for this car to bring it up to true operating level since it is used and don't know if it was serviced properly all the way through from it's previous owners. They understood and were good with it. I liked them for being of help and understanding where I was coming from.

Dealer buys damaged luxury late models, and makes cosmetic repairs. Great prices but probably lower trade in values. Then a the end of the sales offer a surprise $1500 is added for a GPS system.

I hate dealer!!! They wanted to make some security device for $1,500 mandatory for the sale. What kind of crap is this? Finally found a private sale and did a whole lot better on price.

I like this place. Mostly very high end vehicles stored inside. It is a no nonsense dealer. All prices are firm,no haggling. I like this because there is no pressure put on the buyer at all. Come in, check out a car, they give you an OTD price. Like it, buy it / Don't like it, Leave it. Simple as that. I ended up not buying, but would definitely go back.

Anthony was professional from his first phone call to his follow-up call a week after the test drive. Even though I purchased a car from another dealer, Anthony deserves top marks for his service.

Great service! Helped get the car I want for great price!

Responded, to initial contact and responds timely with follow-up questions. They’ve been open to having vehicle checked out and finance options. Having serious interaction about vehicle. So far so good. There are other interactions in play so I will update.

Responded to my request quickly.

dealer replied online to chat, provided quick feedback on vehicle's color inquiry. Not the color I was hoping for, vehicle sold next day. All good.

It was a great experience. Carl C was my salesman and was excellent.

This has been the most enjoyable buying experience ever in my car buying life! No pressure no stress. They have set the standard in buying a car. Five Star Plus customer service

It was wonderful! I have purchased many cars thru dealers and this was the most painless experience I have ever had. I bought the car!!

Responded quickly and was very helpful.

I never got to visit the dealer but they were very attentive and communicative via email.

If you absolutely need to take a sedan on a racetrack—and you don’t much care what it looks like—there’s no better option than the Panamera. And now there’s a GTS version as well. Porsche presents it as the "purest expression of a sports sedan," and while I cringe at any offering in that category bereft of a 3-pedal manual and rear-wheel drive, testers are reporting the Panamera GTS is a hell of a good car to drive.

Of course, that’s expected when you create a car by cherry-picking the best elements from the rest of your lineup. Time for an acronym attack: Porsche Ceramic Composite Brakes (PCCB)? Got it. Porsche Dynamic Chassis Control with Torque Vectoring Plus (PDCC/PTV+)? Yup. Porsche Active Suspension Management (PASM)? Here too. And let’s not forget everyone’s favorite Porsche Doppelkuppleungsgetriebe (PDK) dual-clutch transmission.

What Porsche has done is take the formidable Panamera 4S and chucked every letter combination in its war chest at it to create a whole new beast. Porsche faithful already know GTS means it may not be the fastest in the stable, but it’s probably the best to drive. What does that mean for the Panamera?

It means all the techno-goodies above plus a 0.4-inch drop in ride height thanks to an adaptive air suspension, which when put into the Sport Chrono Pack’s Sport+ mode will set the ride height a full 1.4 inches lower than the 4S. Track is 10mm wider front and back as well thanks to new wheel spacers, and a long list of cosmetic changes include a new front fascia, satin black trim and the split rear spoiler from its turbo brethren.

But no turbo? Natural aspiration is king here, so you don’t get the 500/550 hp of the Turbo/Turbo S, but the 4.8-liter V8 did get some attention. That includes a revised dual-snorkel induction and the cams and stiffer valve springs from the Turbo as well as some tuning to take advantage of the new exhaust. All this means 30 extra horses galloping under the hood and 15 additional lb-ft of torque trying their best to tear the Panamera clean in two. Redline is raised to 7,100 rpm with peak hp coming in 200 later than in the non-massaged 4.8 at 6,700.

With all lights flashing and everything screwed down tightly, this means a reported 4.3-second sprint to 60 and a top speed of 178 mph. At 4,200-plus pounds, that’s one quick pig.

But these changes bring out some interesting characteristics in the Panamera, some not seen previously. With the suspension slammed and stiffened and fitted with 20-inch wheels, testers have reported cowl shake and shudder through the steering column—common features of vehicles with a hatchback profile, but not a major concern with the Panamera of previous posts. Looks like this could be a limit of the current chassis, and apparently a 2-ton car that can pull 1+ Gs needs a bit of bracing.

The problems of Panamera past are still here, though, and the steering does its best impression of an uninterested lover, providing you with no feedback. Not the best characteristic for the "purest expression of a sports sedan," but at least it can handle. With its wide track and rear-biased AWD supplemented by the best in German electrical nannying, the GTS can move with agility well beyond its girth. As for the other ubiquitous ulcer with the Panamera, it is still ugly. The new fascia that the rest of the line is sporting looks great, but I still get lost in that midsection, where the car just can’t decide what it wants to be.

But here Porsche has added another quirk, and it’s sure to be divisive. The exhaust can be “turned up.” There is literally a button on the dash that opens valves in the exhaust to decrease backpressure and subsequently make it scream a bit louder. If you place all the controls of the Sport Chrono Pack in Sport+ mode, it happens automatically, but if you just want to sound a bit faster, you can do that, too. Porsche has even installed sound tubes here and in the 911 that channel engine intake noise into the cabin via the A pillars. They call it the Sound Symposer. I think poser would do just fine.

Still, the testers are unified in their response; the Panamera is a great car to drive. But those quirks are big negatives in the sports car class, a niche filled with consumers who generally go for attractive, RWD cars with a 3-pedal manual transmission. But then, the Panamera has been partially credited with Porsche’s record 2011 sales. Apparently, I wouldn’t know the "purest expression of a sports sedan" if I saw it.

Top rated dealers near you with 2013 Porsche Panamera for Sale