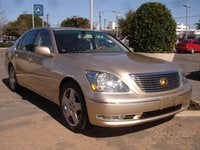 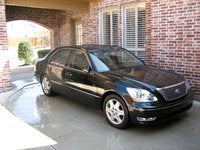 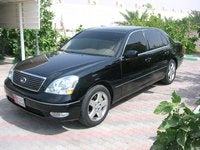 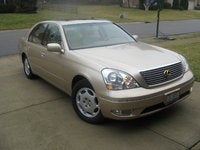 How can we determine if the navigation system itself (DVD system), is actually working or not? We would buy a disc to operate it, if we know it is working.

Manual button on radio not working, neither is the cd player. Cannot turn radio up or off with manual button, nor do the steering controls work, The steering wheel itself only telescopes, will not a...

How Do I Continue My Car Sale Listing?

How do I continue my listing to sell my car past the initial time period?

I Want To Report Potential Scammers.

I had contact through your site with scammers and i want to repport them. The person is Matthew Dorbeck, him and his wife are attempting to purchase cars with fake Money Orders. I think he has tried...

How To Repair Of Parking Sensor

In 2001, the arrival of the LS 430 marked the beginning of the Lexus flagship's third generation. Along with the ES sedans, the LS series was the longest running model from the Japanese luxury automaker. Previous LS revisions had built upon the well-established design, but the 430 was entirely restyled. The first badge in LS series history, from 400 to 430, signified the debut of a larger engine. Other new additions included a completely designed suspension system, laser-assisted cruise control, a DVD-capable navigation system, and LCD touchscreen controls.
The LS wheel base grew by three inches, adding a pinch of additional cabin room. The new LS was 2 inches taller, but the track was unchanged. The 5-speed automatic transmission remained for 2001, but it would be upgraded to a six-speed in 2004. The new 4.3 liter V-8 also utilized Variable Valve Timing + intelligence technology, but it did not produce any additional horsepower, holding at 290. Torque was increased from 300 to 320 pound feet. The 0 to 60 time wasdown to 6.3 seconds, and the new quarter mile mark was 14.8 seconds.
Significant updates would follow three years later, when the LS 430 received many new technologies like keyless Lexus SmartAccess, distance-aware cruise control, and Bluetooth capability. A Pre-Collision system also appeared in 2004, able to detect possible crashes and adjust suspension, brakes, and safety equipment accordingly.