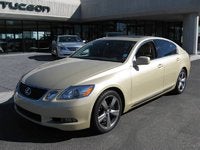 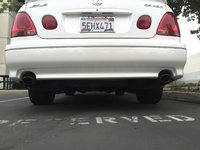 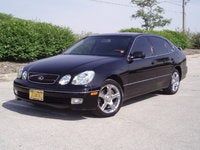 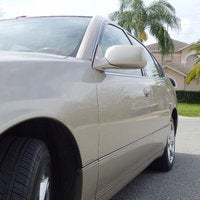 My 2006 Lexus GS430 Just Started Showing A Lighted Battery On The Dash What...

My vehicle jerks forward when breaking and the abs and engine light are on. What is the problem?

Water On My Passenger Floor

Water was on my passenger floor board what could it be

Lexus dropped a new, more powerful V8 engine into its popular GS 400 in the 2001 model year, giving birth to the 300 horsepower Lexus GS 430. To mark the occasion the car received a significant overhaul and new features.

The four-door sedan became the high end offering of the GS lineup and was described as "bold and daring" by more than one smitten owner and automotive journalist. But has had some problems over its seven years of production.

Most notably, savvy drivers complain that the engine doesn't quite feel like the advertised, 300 horsepower behemoth. The GS 430 has frequently been described as "slow off the line." Others felt that the GS 430 was too plain to be considered a true luxury offering.