What could be causin my car to not blow cold air after a recharge?

After my fiance talked to his dad, we
put a new expansion valve, fiance put
two 12 oz cans in the system. Blew
cool with the first, turned the car off,
so fiance could get the hose thing
back on for 2nd can, would only blow
hot air. Fiance's dad told him it
MIGHT be the expansion valve that
was clogged. I told my fiance that the
ac specialist where I work said it
could be just condensation build up...
My fiance proceeded to tell me that
my tech was wrong and that it was a
leak some where. Gettin tire of my
sexist fiance gettin mad every time I
tell him something about cars, so
could you plz help me out?

. Anytime you unhook any ac lines you really need to have an ac tech pull a vacuum on it and then add the freon for it to operate properly. When they pull the vacuum they can tell if there is a leak or not. If one is detected they can put dye in the system so you will be able to find the leak. The tech around here don't charge to pull the vacuum and test the system. And it's only about fifty dollars for them to charge the system if no leaks are detected.

Well, I have an A/C specialist at the Pep Boys where I work and I told my fiance that I would have him do an A/C check on it tomorrow. Fiance also told me he has little to no experience with A/C systems except for knowing how to something off and putting back on, and recharging it. He REFUSES to let ANYONE else look at my car or his unless its something that not him or his dad can fix. I will be taking to my specialist tomorrow so that he can figure it out. Fiance and his dad think they may be able to just use the air compressor his dad has to blow the clog out of one of the hoses, IF thats even what it is, I told my fiance that I didn't think that was a good idea... he also put some stuff in it that was he thought was freon with stop leak and dye, but it was only air. He did after he put the good expensive stuff in HIS 2000 camaro ss. I wouldnt have cared but my care is the one our children are in the most... and we live in north texas.

I think you are on the right track. Taking it to a professional is a good idea. You will probably find the issue sooner that way and be driving in a cool car again. Good luck and stick to your guns.

Take it to a professional and have it done correctly. For the record, NO blowing air into the A/C system will do nothing but cause a mess and ruin the system.

Too bad you have kids with this arrogant .... I suggest moving to Oklahoma and find someone that knows cars and how to treat women as they should be. I'd tell him where he can stick his air hose. He and his dad sound like what is called a shade tree mechanic. What worked 50 years ago, don't get it now-a-days. Including working on cars. 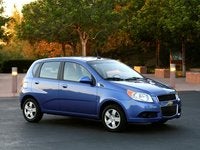