How much is the blue book value on a honda civic hatchback 1989?

Did I get ripped off? I just paid 1350 for a 89 civic hatchback (the guy posted it as a 90, and I was dumb and didn't look well at the pink slip...) The windows are in disrepair, the locks catch, and the windows leak. The engine is great however, and at 147,500 miles, I thought it was a good purchase. Was I wrong?

Sadly, yes. From what you are saying I don't think it would be worth more then $600

Is there any recourse for finding out that the mileage is actually over 300k? I know that it is illegal for the seller to hide that information from the buyer.

its a classic pink slip rip-off if u ask me.. unless he included some extras coz im pretty sure he had that 89 with a few bolt ons, tweaks and stuff.. or didnt he? and the high mileage too? the engine however, im not sure coz if you would say it still runs good, problems will probably show in the next 30-50 thousand miles... usually the AC breaks down first, then the block itself shows signs of wear and tear next.. he should've given you all that information and im sure it's gonna change ur mind and ask for him to drop the price..

well the deal's been done. i bought a lemon, and the f*$%ker got away with 1350. the windshield wipers are funky, the windows don't close right or seal, the e-brake doesn't work... and i'm living in san francisco (!) but i'm hoping that i can get some help through a lawyer and the california lemon law. any suggestions for how to proceed would be really helpful.

Honda's Are Built to Last If You Drive Them Properly.(The Engine Last Around 300k).. That May have Been a High Price,Most Money I Would Of Paid Is $900-$1000.But The Deal Has Been Made,Enjoy Your Honda!:D 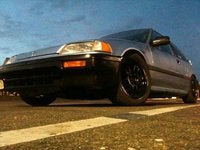 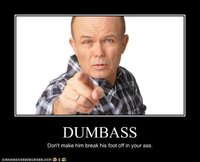 I'm buying one next week for 1400.00, test drove it... Real Solid little car!! sounds like a strut broke in the back passenger side, but other than that , excellent little car. Undercoated and all, Moter purrs.... :>))

get new plugs for it possibly

and i payed 1500 for mine and had tons of offers from the Hispanic community some more than 1500 and but never had an offer less than 1200 and i bought it with 88.000.0 miles it now has 140.000.0 miles and i only relapsed all the hoses and put gas in it hell it gets 38 miles to the gallon not the best looking car but i drove it from gainsville fl to Arizona and back with no problem i am 6'4 and have plenty of room once i get in the dam thing

I have an 89 hatch Si and I have hade major problems but have over come most except for one issue right now when I drive and give it gas it hesitates real bad until about 2500 rpm if any one has experienced this and could help would be very appreciated but I paid 1600 and its worth it every day even the days she don't run mine did same thing fuel filter it wouldn't hurt at night to open hood start car if you see spark plug wires arcing then u know its time for new ones first thing i did when i bought mine changed oil 2 synthetic also cant go wrong in my opinion to use prolong oil and trans treatment in any vehicle.also changed spark plugs to split fire. of cores fram oil filter mine was an automatic so i put new transmission filter and oil.Also check the magnet on the trans pan 2 see if there where any mettle shavings or saw dust in trans oil people do that when selling a car or truck if the transmission's are slipping it works for about 30 to 50 miles before the gears are gone but if the seller has a problem with u tacking the car to a mechanic before u buy then just walk away because their trying 2 rip u off

when I lived in cali I had paid on a few diff occasions 1000 for a clean 88-91 civic hatch shell(no engine or trans). I still have a few buddies in cali that are into imports of you need advice or help if your not too far from them

I have a chance at a 1989 LX in great condition. It's been garaged, had only one owner who became ill years ago and just left it in the garage. The car has only 25,000 miles on it! The car hasn't been run much in the past 10 years and it's never had a timing belt change. It runs great and is perfect in and out. The owner wants $6,000.00 which seems high to me, especially with the need to change out the timing belt and as you'd expect the exhaust system, but with that mileage this car isn't even broken in yet. Is this too high, or is it a good deal?

I just reacently paid 800$ for a 91 Si teal, and let me tell you, 89-91 even if they are not Si version, they are very expensive and rare, you bought a classic honda.. fix it and keep it, you are fortunate you own one. The prices for it on craiglist are insane, they are very reliable car. Enjoy your ride.

Pandalo, Buy it!!! its brand new!! You won't find another one with 25k miles.

We have an '89 sedan with under 30,000. One owner, garaged and not driven last two years. Some minor dents otherwise great shape. What should we ask?

I have a '88 Honda crx I bought back in March, for $2300. Didn't know the value of the cars nor was I thinking at the time. So I bought it. Lasted for a few months, then have to get a new clutch and axle (axle was in 3 pieces). Ended up finding out that the tranny was crap. Changed out the thick oil in it to regular oil and it went to crap. On the 4th tranny now and bought 3 clutches. I'm just so over it. People don't know how to talk care of cars to actually have them last till they're suppose to.

We had a 1991 Honda Civic Hatchback 4-speed basic model. We paid around $900 for it. Car was from salty roads Michigan it's first 10-12 years. Replaced axle. Distributor and alternator which went bad at the same moment, I lie not. Not too long after D+ A went bad, exhaust tail pipe at drip point became burnt orange from crack in engine (cooling system leak) somewhere. We sold the car back to the state for a grand. A few years later the wife found a sweet 1989 Honda Civic Hatchback 5-speed with 110,000 very clean well cared for car for 4 grand. I know, we paid too much, but 4-5 years later and the only expense to keep care going has been a battery and yearly oil/filter changes. We drive less than 5,000 miles each year. Parts replacements will be a problem eventually due to age alone should we still have the car in 10-20 years. Older Hondas are great cars if you get a good one. Lastly, I have no interest in any cars past 1995. Keep your Honda locked with steering wheel lock and garaged at night because a-holes are looking for them.

GuruBWGW9 answered about a year ago

Is a clean 89 Civic Si hatchback with busted motor worth $1,000. I can replace the motor. A 30 year old car probably needs a motor rebuild.