Kelly answered about a month ago

yes but computers and bolt ons will be fun....

Ed92626 answered about a month ago

Adaptation isn't what it used to be. With today's computers and sensors, if you have the same model year and the same basic platform, the engines would have been manufactured the same. All components, including electrical and engine control would be the same. Accessories might differ, but you would be keeping those that came with the receiving car: air conditioning, cruise control, etc. Replacing an engine with one from a different year or a different platform would entail some modifications or wire harness supplements to work. The question isn't an easy one to answer. I suggest you look at both engines and compare components; including part numbers.

idoflilo answered about a month ago

Thankyou for the information. 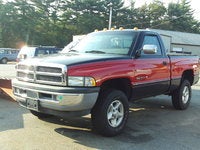