I have a complex problem. I have a 2011 Audi A4 with 43,000 miles, which I have loved. Two weeks ago I was driving to an appointment when I heard some loud beeps, and the rectangular square on my inst

COMETGUY61 answered about a year ago

Grounding issues and the nain cause of cluster malfunction, check the gound for the cluster

ejsathome answered about a year ago

I'll pass that on to my mechanic. I sincerely appreciate the suggestion.

jamnblues answered about a year ago

Really i know you don't want to hear this, but get another car- after a few years your Audi will give you enough problems to write a book- and you are just starting to get a taste of how expensive it's going to be-

ejsathome answered about a year ago

I know that you are right, although it's disappointing to consider. I'll take your advice, but I have to resolve my current problem first. I don't want to deceive the next buyer until I fix it.

Bob answered about a year ago

You will soon hate your Audi and all the headaches it will cause. My guess is a poor or intermittent ground or loose or corroded connector. Also refrain from telling your mechanic how to fix your car as they typically don't like a know-it-all for a customer. 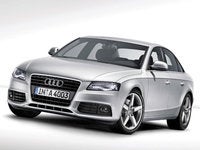