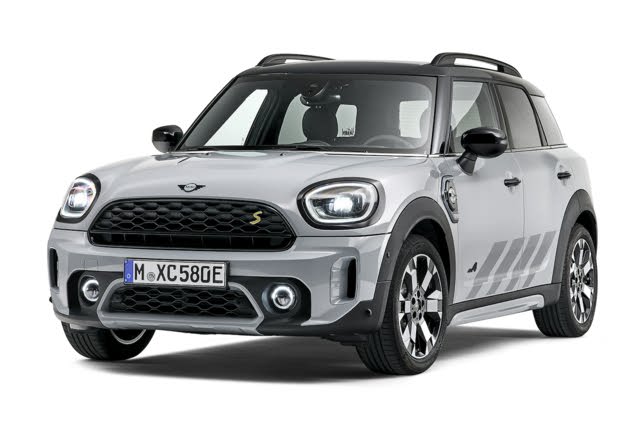 The Countryman is what happens when MINI sets out to make a crossover. It’s still a small, quirky vehicle, instantly recognizable as a MINI, just with a bit of added practicality. A new special-edition model joins the lineup for 2023, along with an Untamed Edition package for the S and plug-in hybrid (PHEV) models.

MINI sells three variants of the Countryman, starting with the $30,450 base model. The mid-range Cooper S starts at $32,750, and the top Cooper S E PHEV starts at $42,350. The Countryman competes against a who’s-who of small luxury crossovers, including the Volvo XC40, the Mercedes-Benz GLA-Class, and the BMW X1/X2.

Three powertrains are offered in 2023. The base engine is a turbocharged 1.5-liter three-cylinder that makes 189 horsepower. Adding John Cooper Works trim brings a turbocharged 2.0-liter four-cylinder with 301 horsepower. With the more powerful engine under its hood, the MINI can dart from zero to 60 mph in just 4.9 seconds. The cars come with seven-speed dual-clutch automatic transmission and either front- or all-wheel drive. MINI hasn’t yet elaborated on the PHEV model, but the expectation is that it will offer a massive horsepower bump over its predecessor, up to 322 ponies.

Both of the gas engines deliver decent power, but the turbo-four makes a better companion for the Countryman. It’s a rowdy, eager engine that makes all the right snarly four-cylinder sounds and makes the vehicle feel lively at nearly all times. All Countryman models feature stiffer-than-expected suspension that doesn’t do the best job at soaking up imperfections in the road. Not the best look for a family vehicle, but the tradeoff here is that the Countryman feels more go-kart-like than anything else in its class and is truly engaging to drive.

The Countryman is typically MINI-fied inside, where there’s a large light ring surrounding either a 6.5- or 8.8-inch touchscreen. The larger unit offers navigation and Apple CarPlay, and the ring changes color depending on the selected driving mode. MINI uses funky toggle switches for most controls, including the ignition button, and the Countryman offers decent interior storage cubbies for smaller items. The cargo space is tighter than what you’ll find in most of the competition, but the rear seats fold and MINI offers under-floor storage spaces.

The 2023 Countryman hasn’t been-crash tested yet, but the 2022 model missed out on a Top Safety Pick. It still earned “Good” scores in all crash categories except for LATCH system ease of use, where it picked up an “Acceptable” rating. MINI does not offer features like blind-spot monitoring and only hands out a couple of standard tech features, including automatic emergency braking and forward-collision alerts. Adaptive cruise control and a parking-assistance system are available.

What's your take on the 2023 MINI Countryman?

Have you driven a 2023 MINI Countryman?
Rank This Car