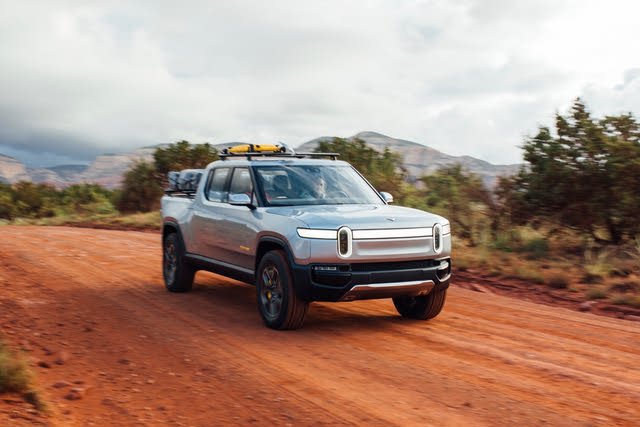 It wasn’t all that long ago that there were only a few electric vehicles on the market, most of which were made by Tesla. Now, we have several vehicles to choose from, and more are coming to market at a rapid clip. Upstart Rivian is one of the newer companies to announce an EV, and it has picked up major funding from Ford, Amazon, and others before ever releasing a vehicle. Its first planned model is the R1T electric pickup truck, which is scheduled to start landing in driveways across the country later this year.

The R1T’s electric powertrain offers a claimed 300-plus-mile range, a towing rating of up to 11,000 pounds, and a 0-60 mph time as quick as three seconds. Though the company notes that a range reduction of around 50 percent should be expected when towing, it also claims that the R1T can rock crawl a 100 percent grade and that it can ford through up to three feet of water.

A limited-run Launch Edition of the R1T was offered early on, but reservations have been full for quite some time. That model carried a starting price of $73,000. The R1T with Adventure Package starts at the same price and is currently available for reservations. A less-expensive Explore Package is available for $67,500. The R1T’s standard 300-mile battery back can be upgraded to a Max pack, which bumps range by 100 miles and adds $10,000 to the truck’s price tag.

lamoerte waiting in the real world

Enter your zip to see incentives for a new R1T in your area.