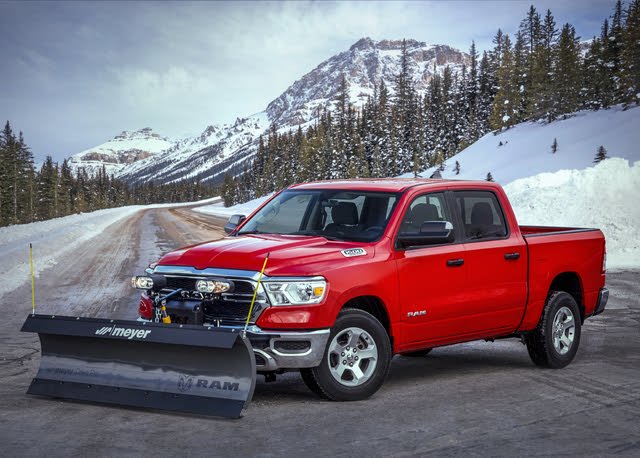 The Ram 1500 is one of the best full-size pickup trucks on the market, competing against heavyweights like the Ford F-150, Chevrolet Silverado, and Toyota Tundra. It was last redesigned in 2019, saw minor updates for 2020, and will be mostly unchanged for 2021, although Ram is expected to add a new high-performance model to the lineup, the Rebel TRX, intended to compete with the Ford Raptor. The Rebel TRX was slated for reveal at the North American International Auto Show in June, but with that show canceled, it’s unclear when the truck will officially be announced.

The Ram 1500 is an aggressive-looking truck with a bold grille, beefy wheels, and a wide variety of popular accessories that increase functionality while adding a personal touch. A brash appearance is typical for the current crop of full-size pickups, but the Ram has enough distinctive elements to stand out from the crowd.

Buyers get a choice of four engines: a 305-horsepower 3.6-liter V6, a 395-hp 5.7-liter Hemi V8, the same Hemi V8 upgraded with a mild-hybrid system, and a 260-hp 3.0-liter turbo-diesel V6. An 8-speed automatic transmission is standard across the line, and rear-wheel drive (RWD) and 4-wheel drive (4WD) are available. For 4WD models, the Hemi V8 has the lowest EPA ratings of the group, at 15 mpg city, 21 highway, and 17 combined. The mild-hybrid system boosts ratings by a couple of mpg combined. The V6 checks in at 21 mpg combined, and the diesel gets the best ratings of the group, at 24 mpg combined.

Though enthusiasts are eager to see the new Ram Rebel TRX, there’s still plenty about the 2021 Ram 1500 to keep truck buyers satisfied.

Updated May 7, 2020
by Cherise Threewitt