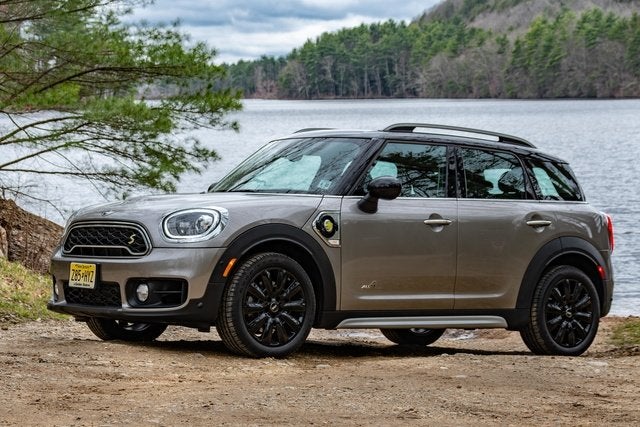 Under the control of parent company BMW, MINI has grown from a company that produces tiny, quirky cars to a company that produces several different versions of that tiny, quirky car. The MINI Cooper line now includes several high-performance models, a larger crossover model, and some electrified models. As part of that last category, the 2021 MINI Cooper SE Countryman, offers buyers the ability to carry a family in their mini while saving fuel at the same time.

The SE Countryman features a 1.5-liter turbocharged three-cylinder engine paired with an electric motor to produce a total of 221 horsepower and 284 pound-feet of torque. The system gives the car all-wheel drive (AWD) and features driving modes to save battery, operate only on battery, and an automatic mode that swaps between the two as needed. A six-speed automatic transmission is standard. Outside of the John Cooper Works Countryman model, the SE is the most powerful version of the Countryman. Charging should take between three and seven hours on household power, depending on the outlet.

The cars get several standard features inside, which include an 8.8-inch touchscreen with navigation and real-time traffic information, Bluetooth, HD radio, six speakers, Apple CarPlay (Android Auto is not offered), and SiriusXM radio. While interior finishes can be upgraded with options and packages, basic features include a heated steering wheel, dual-zone climate controls, heated front sport seats, and more.

Neither the Insurance Institute for Highway Safety (IIHS) nor the National Highway Traffic Safety Administration (NHTSA) have crash-tested the 2021 Countryman yet, and it’s worth noting that most advanced safety features require the addition of options packages. Forward-collision warning and automatic emergency braking are standard, but features such as adaptive cruise control and blind-spot monitoring are all added-cost options.

What's your take on the 2021 MINI Countryman Hybrid Plug-in ?

Have you driven a 2021 MINI Countryman Hybrid Plug-in ?
Rank This Car