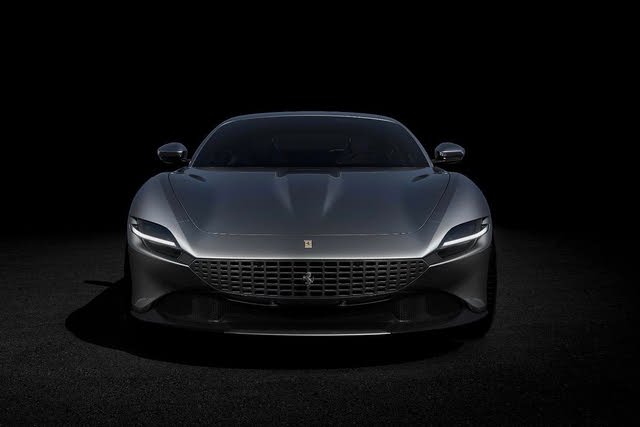 As exotic cars go, it’s hard to find a more legendary brand than Ferrari. The Prancing Horse has created some of the world’s most iconic supercars and continues its tradition in 2021 with the Roma. The new front-engine, rear-drive car is a marvel, both inside and out.

The Roma is what’s known as a mid-front-engine car. That means that the engine, while in front of the cockpit, is located behind the front axle. This gives the Roma better weight distribution, and by extension, better handling. Regardless of its location, the engine itself is a gem. It’s a 3.8-liter twin-turbocharged V8, producing over 611 horsepower. Ferrari says that it’s strong enough to propel the Roma from 0-62 mph in 3.4 seconds. It’s paired with a new eight-speed dual-clutch transmission that was first introduced in the SF90 Stradale.

Looking at the Roma, it’s clear that design was a priority during its development, and the accolades it has taken home confirm what we can see. The car won the Production Cars category of the Car Design Award, which is judged by 12 journalists from top international automotive publications. The Roma’s shape is sharp up front but smooths out into long flowing curves down each side. Ferrari says it aimed to invoke the feeling of the “carefree lifestyle of 1950s and 60s Rome” with the design.

In order to present the driver with as little outside distraction as possible, Ferrari centered much of the car’s information and controls on either the steering wheel or digital gauge cluster. The automaker’s “eyes on the road, hands on the wheel” philosophy puts all of the car’s main controls on the steering wheel and provides haptic feedback to affirm a selection. Everything else, such as climate controls, navigation, and audio is handled by an 8.4-inch vertically-oriented center touchscreen.

While Ferrari won’t show you a price for the Roma on its website or vehicle configurator, we know that it has a starting price of $222,420. The car is on sale now and can be inquired about on Ferrari’s website or at a local Prancing Horse dealership.

Seth Looks very clean and smooth. Have not had the pleasute of be in able to drive one yet. I wish that would change very soon. I will let you all know how it drives once I get to drive one.

Have you driven a 2021 Ferrari Roma?
Rank This Car

Enter your zip to see incentives for a new Roma in your area.