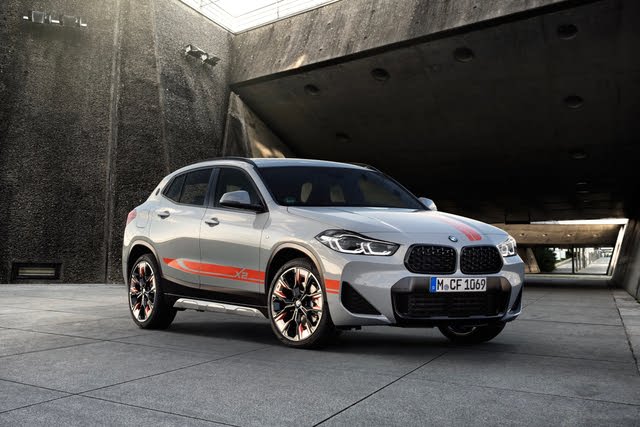 Looking for a New BMW X2 in your area?

The X2’s coupe-like styling helps it stand out from more traditional crossovers, including its sibling, the X1. The M35i model gets an upgrade from 18- to 19-inch wheels and a new mesh grille. This year’s color palette phases out Dark Olive Metallic and Mediterranean Blue Metallic, and adds Phytonic Blue Metallic and Storm Bay Metallic.

A turbocharged 2.0-liter inline-four engine comes standard across the lineup, with an eight-speed automatic transmission. In sDrive28i and xDrive28i models, it’s rated for 228 horsepower and 258 pound-feet of torque, and comes with front-wheel drive or all-wheel drive, respectively. The M35i gets tuned for 302 hp and 332 lb-ft and gets intelligent all-wheel drive and an upgraded eight-speed automatic. The estimated fuel-economy return for the xDrive28i is 24 mpg city, 32 highway, and 27 combined, and the M35i, 23/30/26.

Those looking for an upscale small crossover with strong performance and unique looks should consider the 2021 BMW X2.

Enter your zip to see incentives for a new X2 in your area.