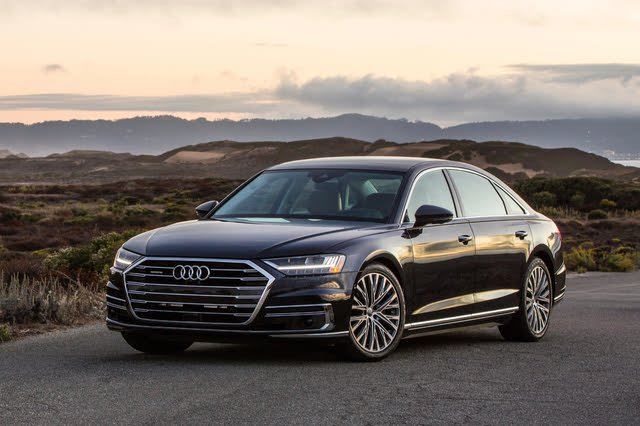 After all these years, the A8 remains Audi’s flagship sedan, and recently the automaker has made strides to improve both fuel economy and performance with a plug-in hybrid model. The car produces sports-car levels of power while retaining the high-luxury feeling that the A8 is known for.

The A8 plug-in hybrid is powered by a six-cylinder engine and electric motor that combine to produce 443 horsepower and 516 pound-feet of torque. An eight-speed automatic transmission and Quattro all-wheel drive (AWD) are standard. Audi says the A8 Hybrid Plug-In's powertrain is potent enough to move the heavy vehicle from 0-60 mph in just 4.9 seconds.

The 2021 Audi A8 hasn’t been rated by the Insurance Institute for Highway Safety (IIHS) or the National Highway Traffic Safety Administration (NHTSA), but the car does get a decent list of standard driver aids. They include lane-departure warning, forward-collision warning, automatic high-beam headlights, LED exterior lighting with dynamic turn signals, and an advanced airbag system.

Have you driven a 2021 Audi A8 Hybrid Plug-In?
Rank This Car

All A8 Hybrid Plug-In Incentives

Enter your zip to see incentives for a new A8 Hybrid Plug-In in your area.