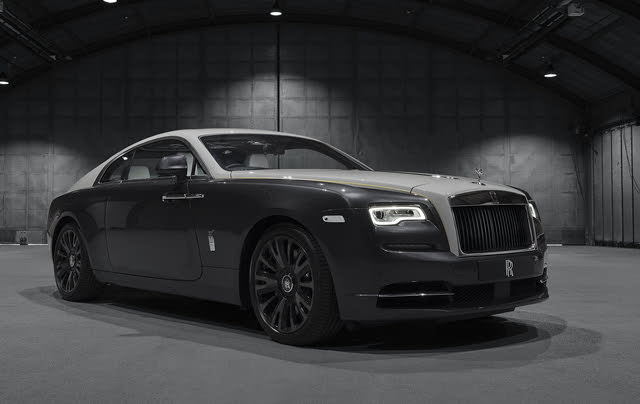 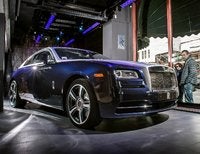 The Wraith is Rolls-Royce’s two-door coupe, built on the same platform as the four-door Ghost, the Dawn convertible, and the 7 Series from parent company BMW. First introduced in 2014, the Wraith is a highly exclusive and highly expensive hand-built luxury car with distinctive suicide doors, the trademark massive Rolls-Royce grille, and a nearly endless options list. It goes into the 2020 model year with no significant changes.

Under the Wraith’s long, stately hood is the familiar 6.6-liter V12 strapped with two turbochargers. It makes 624 horsepower and 605 pound-feet of torque, driving the rear wheels via an 8-speed automatic transmission. That’s enough to get the massive 5,380-pound two-door to 60 miles per hour in 4.4 seconds, but in typical Rolls-Royce fashion it will get there smoothly and won’t at all feel rushed. The Wraith rides on an electronically controlled air suspension and will return a rather dismal 12 mpg city, 18 highway, and 14 combined. Considering the Wraith’s heft and its massive engine, its fuel economy isn’t surprising.

As is the case with most Rolls-Royces, the Wraith’s extreme price tag makes a lot more sense once you step inside. With ample room for four passengers, it offers a nearly endless combination of veneers, metallic trims, stitch patterns, and upholstery colors to choose from. A fixed glass roof is available, as is Rolls-Royce’s signature Starlight Headliner, which uses over 1,000 individual fiber optics to emulate the stars in the night sky. Heated and ventilated front seats are also available.

The Rolls-Royce Wraith is too expensive for crash testing, but features to avoid crashing in the first place include adaptive cruise control, adaptive headlights, night vision with pedestrian detection, lane-departure warning, and a head-up display (HUD).

This high up in the automotive price spectrum, there aren’t a lot of cars for the most well-heeled buyers to consider. Perhaps the most direct competitor for the Wraith is the Bentley Continental, while sportier offerings include the Aston Martin DBs and the Ferrari 812. Two-door versions of the Mercedes-Benz S-Class are also worth considering. And for sunnier days, the Rolls-Royce Dawn convertible is essentially an open version of the Wraith.

What's your take on the 2020 Rolls-Royce Wraith?

Have you driven a 2020 Rolls-Royce Wraith?
Rank This Car