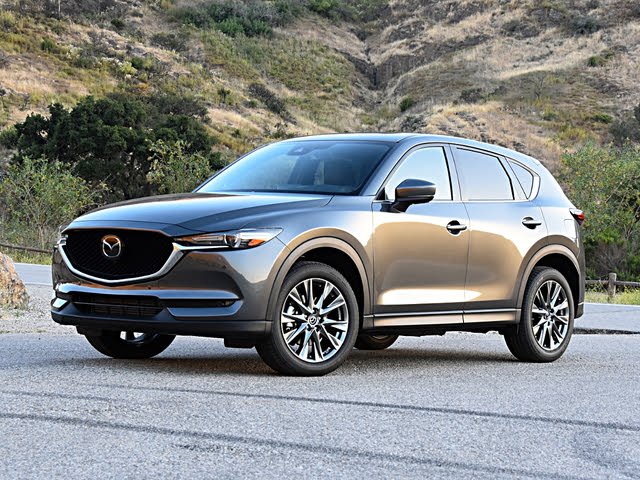 Users ranked 2020 Mazda CX-5 against other cars which they drove/owned. Each ranking was based on 9 categories. Here is the summary of top rankings.

Could not be happier. Smooth ride and extremely comfortable interior. Safety rating speak for themselves. The ROI is there! Read More

Though considered a little over-priced, the CX-5 is a great vehicle. I have a 2014 model with over 130K miles on it. Still runs great. I have done several side-by-side comps with other vehicles (CRV, ... Read More

It has everything in it Im looking for Read More

Couldn’t be happier! Drives great and has all of the features I need! I looked at every make and model, watched YouTube videos and read countless reviews. Very happy with my decision. Read More

This car is both functional and full of features that has you feeling like you are in a high end vehicle. It is a great value considering the comfort, safety features and styling. Its comfortable to... Read More

Its one of the last small suvs fully assembled in Japan. The build quality is tight. No rattles, shakes or squeaks. Cabin is quiet and the ride is ultra smooth. Definitely satisfied with my purchase!!... Read More

Great car! Very smooth ride! Owned a Lexus previously and this is as smooth! Read More

Bought my ride they them was top notch,no surprises was better than they even said and pics Did no justice, best suv ever owend Read More