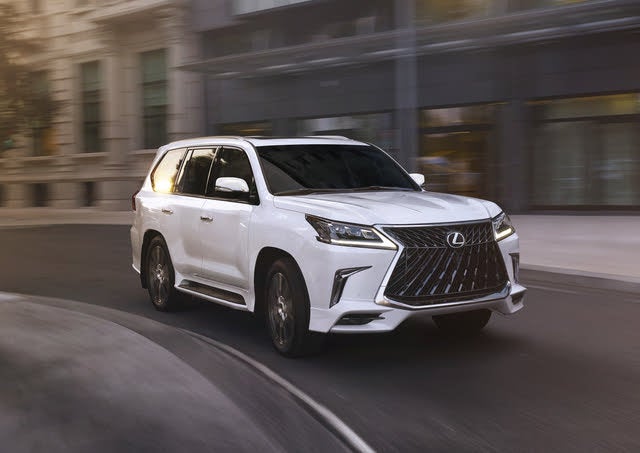 Looking for a Used LX in your area?

When it comes to luxury vehicles with real, usable capability off-road, there’s nothing else that can compare to the Lexus LX. It, and its Toyota Land Cruiser cousin, have been hauling families, gear, and almost anything else imaginable deep into rough terrain for decades now, and the formula is one that “just works.”

The Lexus LX is mechanically very close to the Toyota Land Cruiser, which means it offers legendary off-road capability. In both vehicles, but especially the Lexus, that capability is wrapped in a luxurious and approachable package. While the Land Cruiser will be taken off the market soon, the LX will stick around, albeit unchanged for several years now. The 2020 model year doesn’t do much to update the vehicle, bringing only a Sport package that adds a new mesh grille, new bumpers, and interior appearance changes.

The LX is sold as a single model with either two- or three-row seating. Both models are powered by a 383-horsepower 5.7-liter V8 that is capable of pushing the big SUV from 0-60 mph in a little over seven seconds. It’s paired with an eight-speed automatic transmission and standard full-time four-wheel drive/AWD. The powertrain should combine to deliver 13/18/15 mpg city/highway/combined. The LX is also capable of towing up to 7,000 pounds and has a gross vehicle weight rating of 7,385 pounds, which should provide plenty of capability for hauling people, pets, and gear.

Looking for a Used LX in your area?