The Honda Passport returned to the company’s stable for the 2019 model year bringing a more rugged SUV option to Honda dealership lots. It carries over into the 2020 model year unchanged. 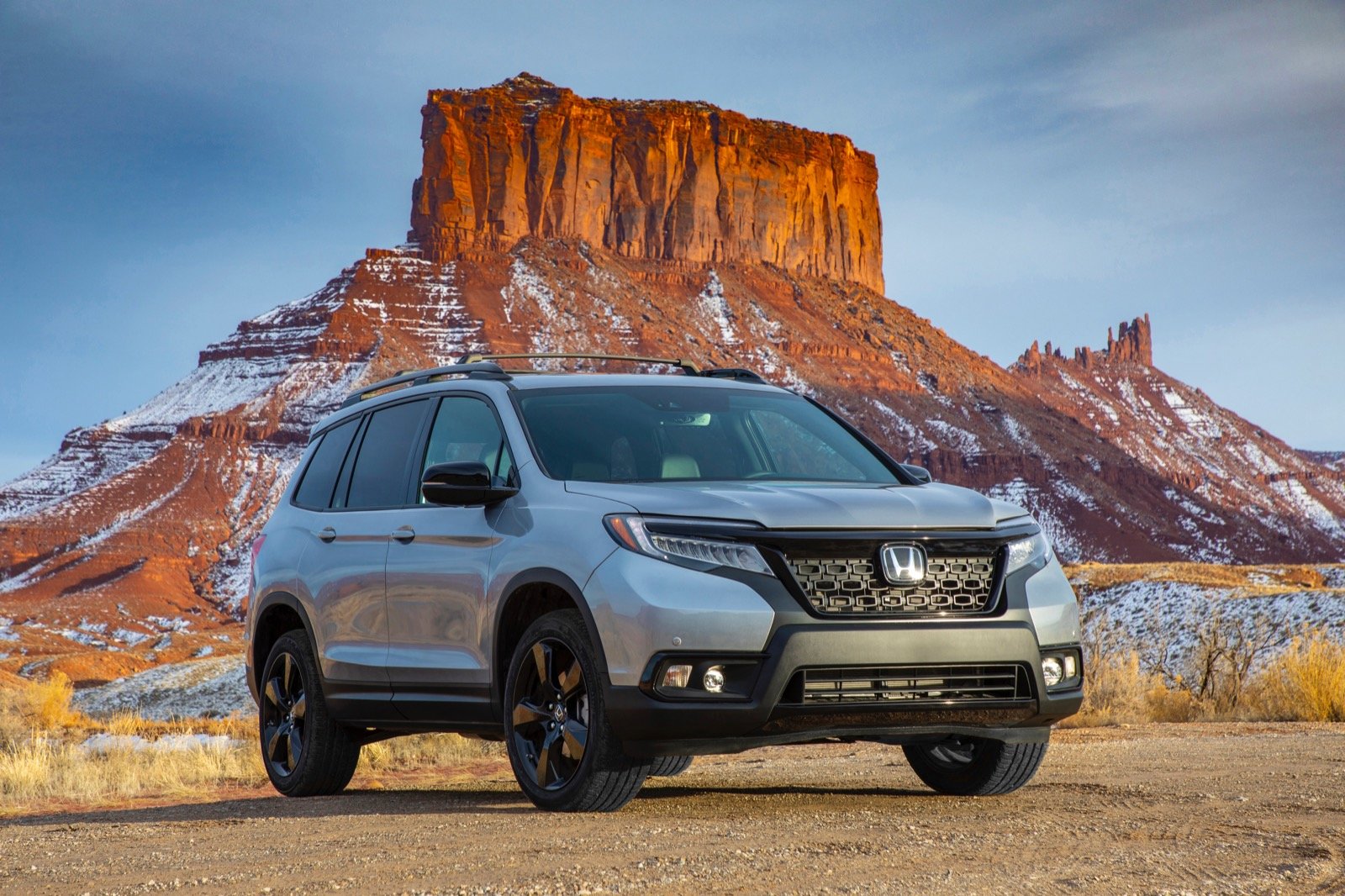 Honda has brought back the Passport name for its latest SUV offering. The two-row crossover is an upmarket take on transport that proves just as comfortable on the road as it is on the trail. Though the model doesn’t break the Honda mold, it has a lot to like, including off-road capability and thoughtful interior functionality. 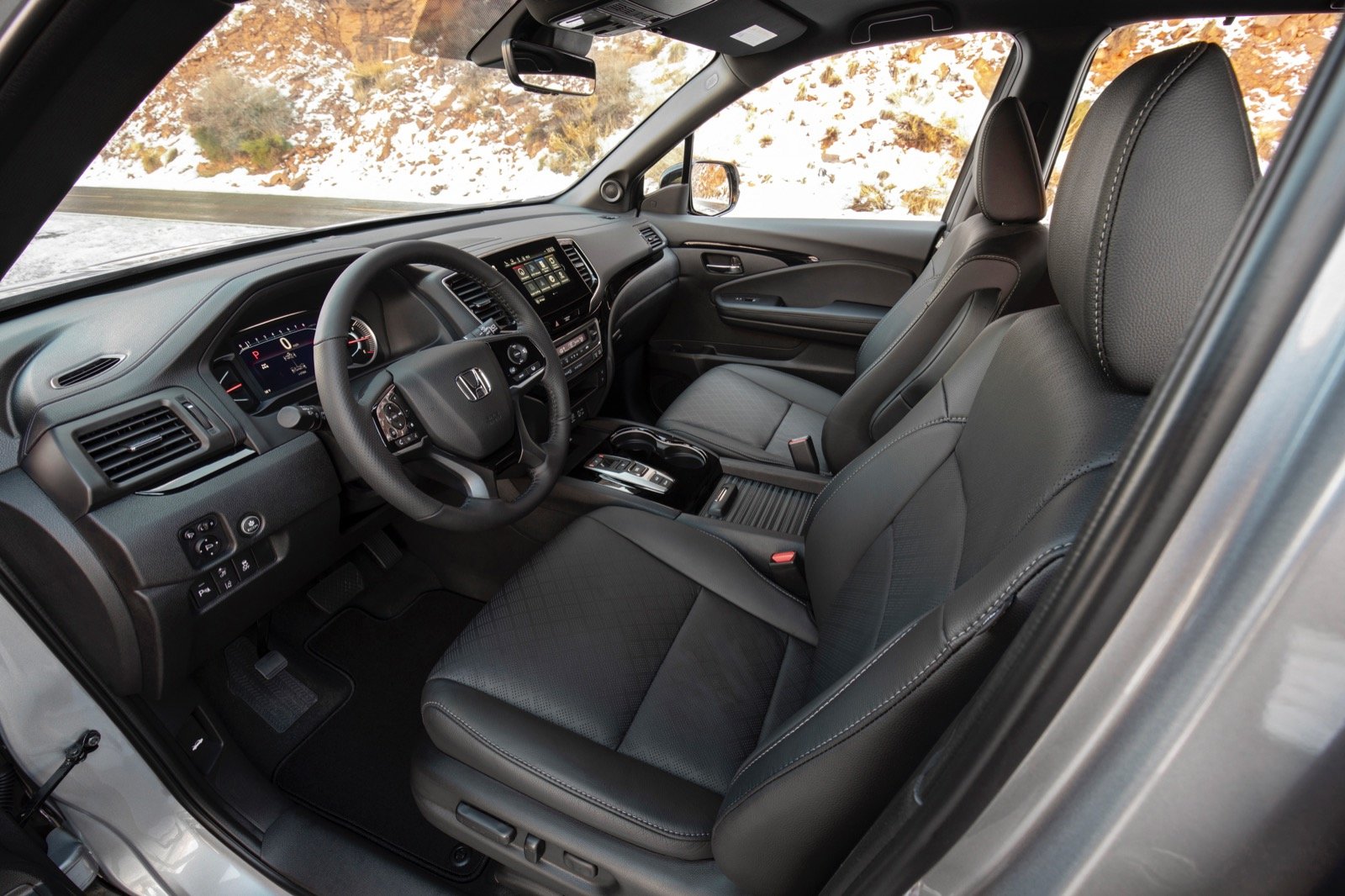 Everything about the Passport is straight out of the Honda playbook. While expected, the parts and aesthetics make a good case for themselves in ways that make people continuously buy Hondas rather than cross-shopping other brands.

The exterior of the Passport gives the impression that the model is a pared-down Honda Pilot. In many ways it is, but it’s also a pumped-up CR-V, nesting between the two both in size, capability, looks, and price point. The exterior styling cues of the Passport give the immediate impression that the vehicle is more rugged and athletic than the Pilot and CR-V.

The interior of the midsize SUV is more sophisticated than rugged. With typical Honda utility in focus, the well-appointed cabin of the tester featured a mix of hard-wearing and soft-to-the-touch materials. Nearly everything between the A- and B-pillar is identical to the Honda Pilot, and that's not a bad thing.

The design of the interior highlights its spaciousness and emphasizes the width, thanks in large part to the button-heavy shifting mechanism taking up so little space. The materials and layout choices are not unattractive, but not unique either. The duplicity of the design is something that will likely bring comfort to frequent Honda buyers as the company continues to avoid reinventing the wheel all for one very good reason—the design works.

While the Passport Elite comes all-in, lower trim levels of the model are available with a variety of packages including Urban and Adventure packs that add features including crossbars, underbody spoilers, and running boards to the model. Honda Sensing safety technology and navigation are available on the Touring grade for an extra fee. 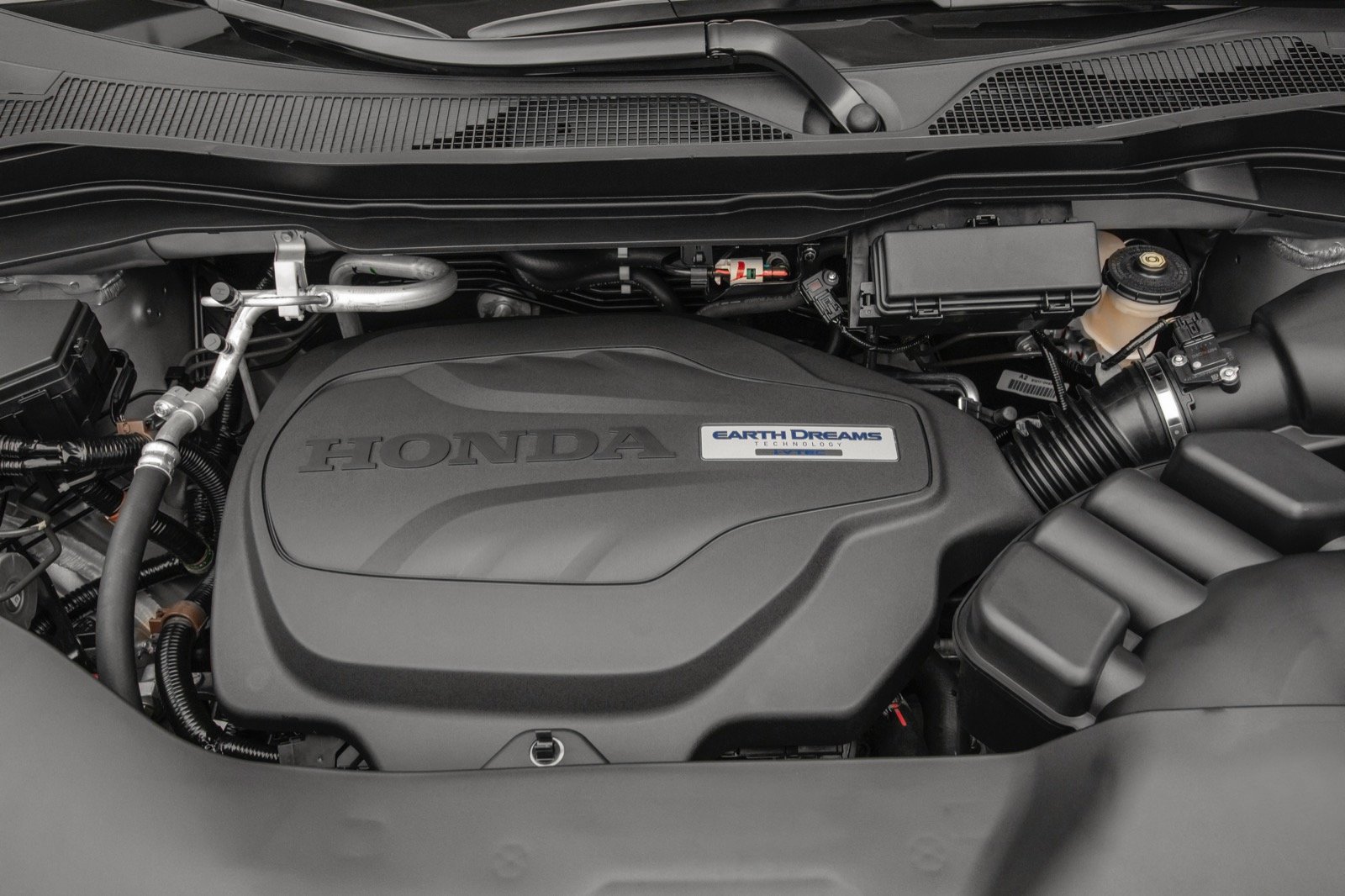 Honda has given every Passport model its tried and true 3.5-liter V6 engine. There’s no hybrid or electrified variant available. The engine is paired with a relatively smooth-shifting nine-speed automatic transmission. It generates 280 horsepower and 262 pound-feet of torque, which is sufficient to get and keep the Passport moving in a variety of driving situations.

Where the engine falters is on fuel economy. When equipped with front-wheel drive, the Passport achieves an EPA-estimated 20 mpg in the city, 25 mpg on the highway, and 22 mpg combined. Passports with all-wheel drive perform slightly worse, achieving an EPA-estimated 19 mpg city, 24 mpg highway, and 21 mpg combined. The large 19.5-gallon fuel tank allows for over 400 miles of range when the vehicle hits those mileage targets.

As tested on the flats of Fresno, California, and up through the peaks of Yosemite National Park, the Passport held its own. There was no noticeable degradation in performance of any components as the model climbed over 9,000 feet in elevation. Passing on the highway was just as smooth an operation as idling waiting to pay the fee at the Yosemite welcome gate.

Front-wheel drive is standard in each of the three lower trim levels of the Passport while all-wheel drive is available. The Passport Elite comes standard with torque-vectoring all-wheel drive, which lends it to feeling planted on the road, especially when traveling on the tightly-wound California Route 120 within Yosemite. The system can send 70 percent of engine torque to the rear axle and 100 percent of that torque to either the left or right rear wheels giving reassurance in inclement weather and in moments when the Passport ventures off the beaten path.

Snow, Sand, and Mud drive modes come when the all-wheel-drive box has been checked. Like the Pilot, the Passport is more capable than one may think given its traditional status as a grocery store parking-lot warrior. During a day of trail driving with the model outside of Houston, Texas, the Passport took to mudded ruts with ease and had no problem keeping up with more traditional off-roading vehicles, even while delivering a supple ride.

Passport is able to tow up to 5,000 pounds when equipped with the available towing package. That’s significantly more than its chief rivals, the Nissan Murano (1,500 pounds) and Chevrolet Blazer (4,500 pounds). 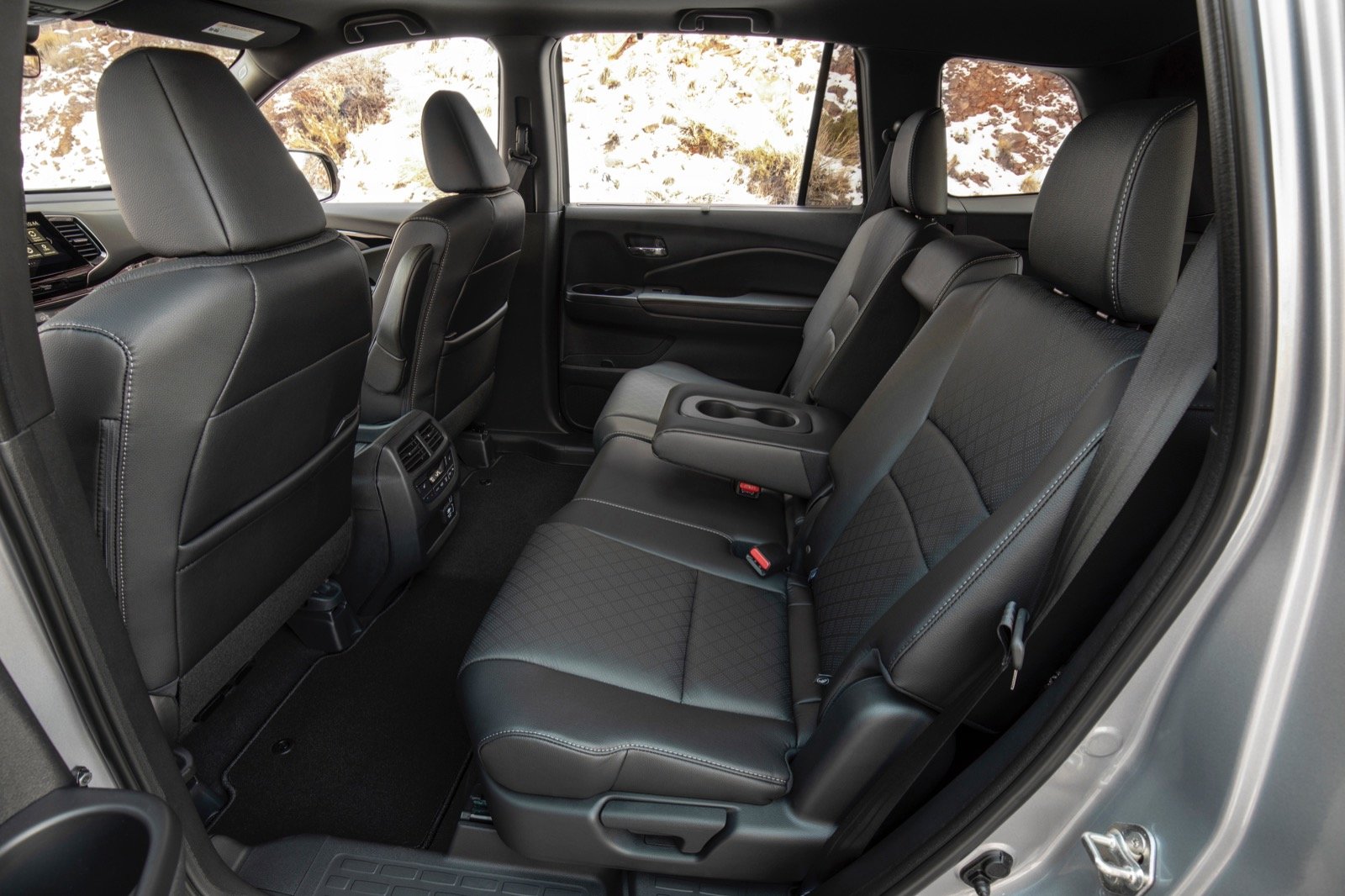 If you could use just one word to use to describe the Honda Passport, it would have to be practical. Though the Passport’s looks and feel may not visually excite with the visceral impact of a sports car, the Passport does a lot right to make a case for itself.

That starts with its size. The Passport isn’t much bigger than the CR-V. Think of it as right-sized rather than fun-sized. Those proportions allow for an ample greenhouse, which provides good visibility, and spacious seats where four adults can comfortably sit for an extended period of time. A third row is not an option.

There are also height-adjustable seatbelts for front-row occupants, which adds to the appeal of the vehicle, and three full LATCH connections in the second-row for securing child safety seats.

The width of the seats and comfort level of the Passport should not be discounted by anyone who has had seat time in a CR-V and wound up disappointed. The seats in the Passport are more like what’s in the Pilot and Honda Odyssey minivan—and that’s a very good thing. They provide ample knee- and legroom as well. Cloth upholstery is standard in the cabin and perforated leather upholstery is available.

The available tri-zone automatic climate control and second-row sunshades are a big benefit for those backseat occupants as well. Not many two-row SUVs offer those amenities.

Storing cargo in the roomy SUV is easy with suitcases for a family of four traveling for a week having no trouble fitting. The SUV offers the most under-floor storage of any vehicle in its class and 41.2. cubic feet of cargo area behind the rear seats, which bests the cargo space of nearly all two-row SUVs. Its load floor is a bit high, but that’s to be expected given the Passport’s elevated stance. A power liftgate is standard.

Heating and cooling functionalities worked with aplomb and were easy to adjust on the fly. The same was true for the models’ heated and ventilated seats.

The Passport wins for its small-item storage. The center console is plenty big enough and a thoughtful secondary shelf space on the interior of the front doors makes tucking things away that might be needed during a road trip, like charging cables and snacks, a breeze.

Harder plastic surfaces on the bottom of the doors and near the floorboards are easy to clean with a wet cloth. The piano black trim pieces in the interior love to gather dust and pollen, but can be wiped fresh with a microfiber cloth without a second thought. 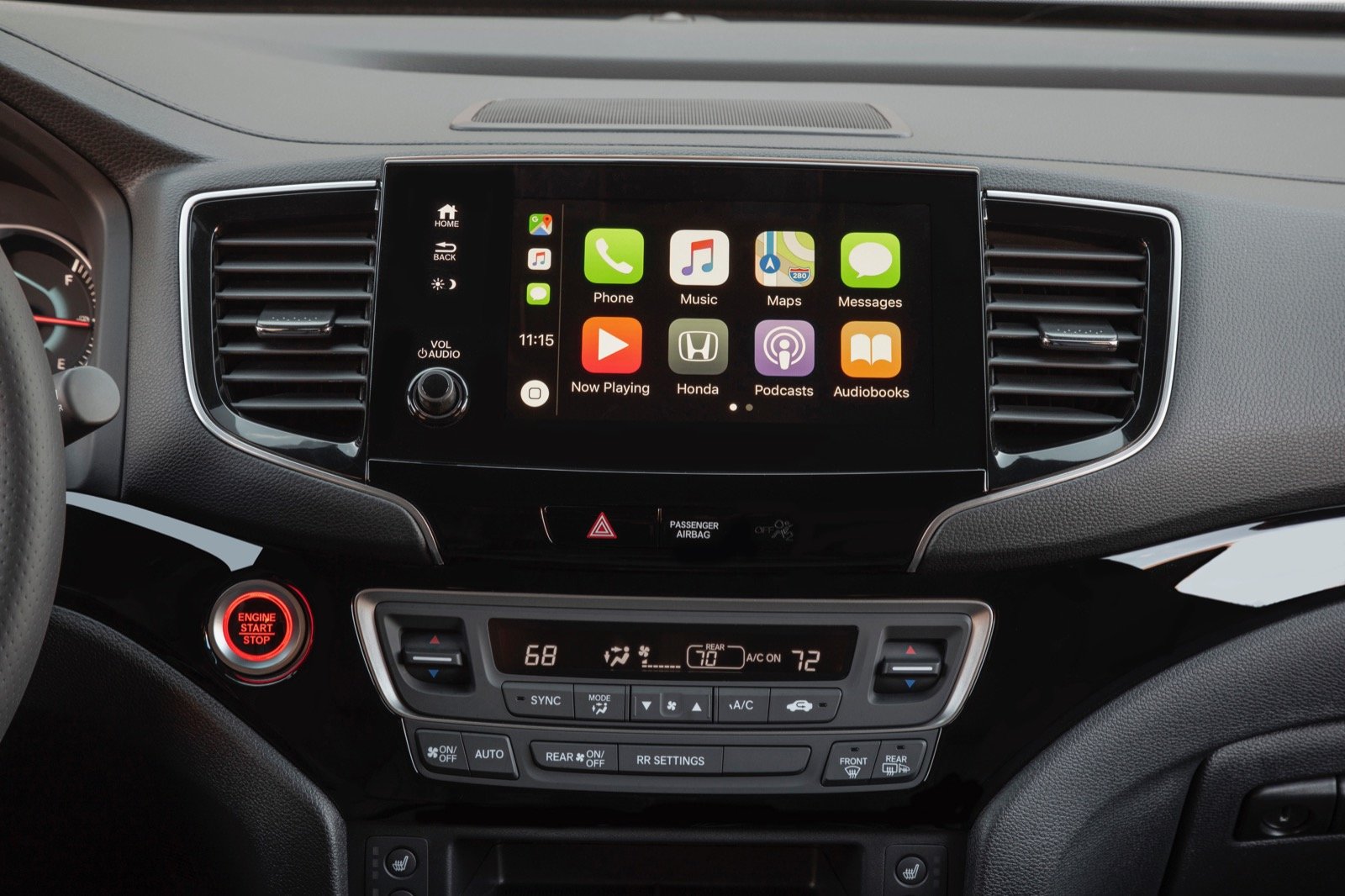 The base Sport model Passport comes standard with a 5.0-inch display monitor while the Passport EX-L, Touring, and Elite get a standard 8.0-inch Display Audio infotainment system touch screen. Honda’s larger screen allows for Apple CarPlay and Android Auto integration via wired smartphone and benefits from a manual power button and volume knob.

The larger screen has pinch, swipe, and tap functionality and is reasonably responsive. On-screen options are easy to navigate. Like the rest of the Passport, the system isn’t flashy, but it is practical.

The Passport took its dashboard from the Pilot, which is a bit long in the tooth by now. With that, the center-stack design looks a touch outdated compared to the freshest models appearing on dealer lots. Nevertheless, the capability of the switchgear residing there is never worth doubting. 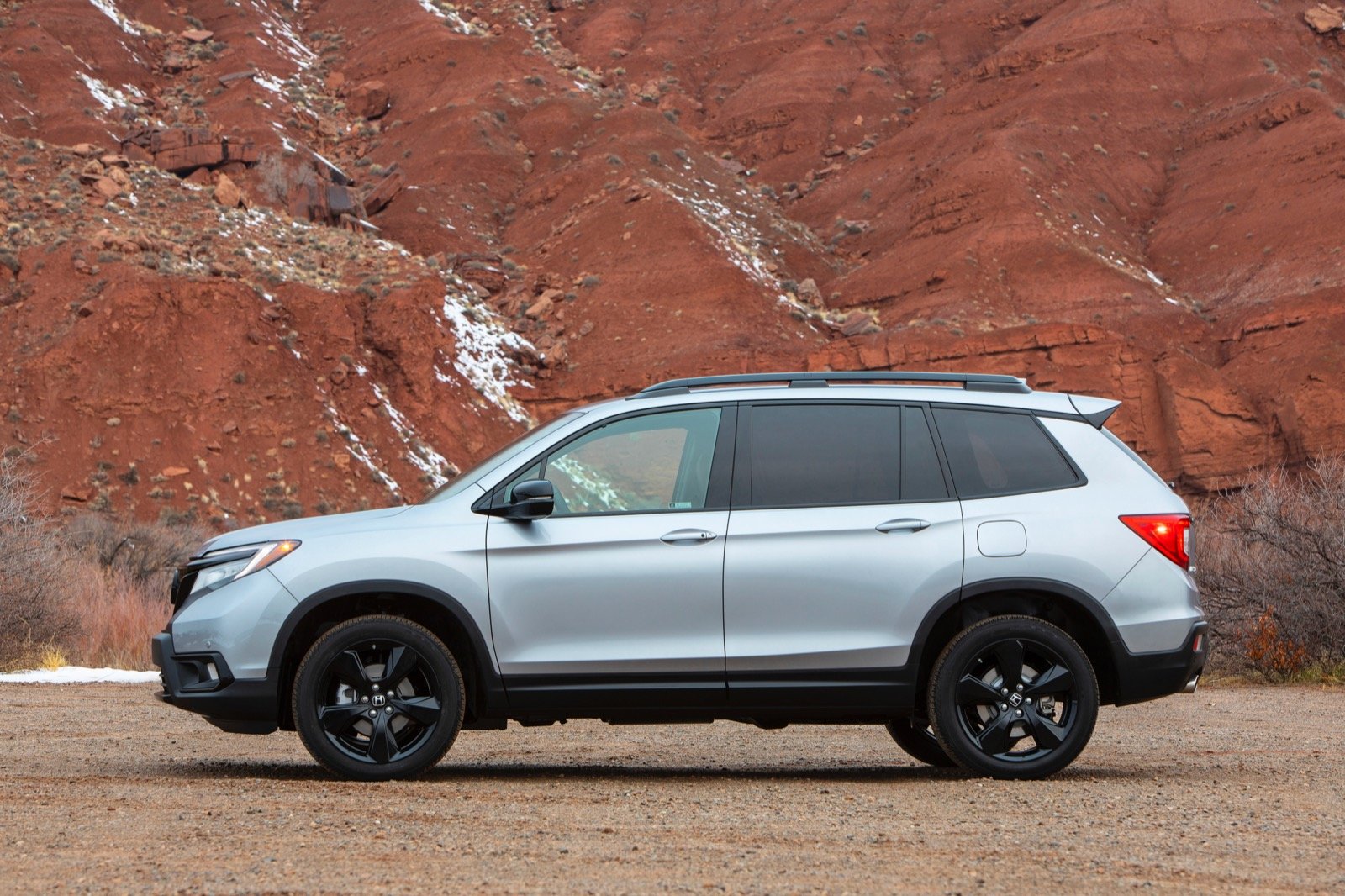 Honda designs vehicles for safety first and foremost. Aesthetics and fuel economy fall lower on the list. The 2020 Passport achieved good scores from the Insurance Institute for Highway Safety (IIHS) and the National Highway Traffic Safety Administration (NHTSA) crash test and evaluation. It was named an IIHS Top Safety Pick.

Buyers who upgrade their Passport to a higher trim level are able to get dynamic gridlines for the rearview camera, blind-spot monitoring, parking sensors, and rear cross-traffic detection.

It lacks the fancier driver-assist technology like the Subaru Forester or new Hyundai SUVs have, but the Passport’s safety technology is perfectly suited for most. 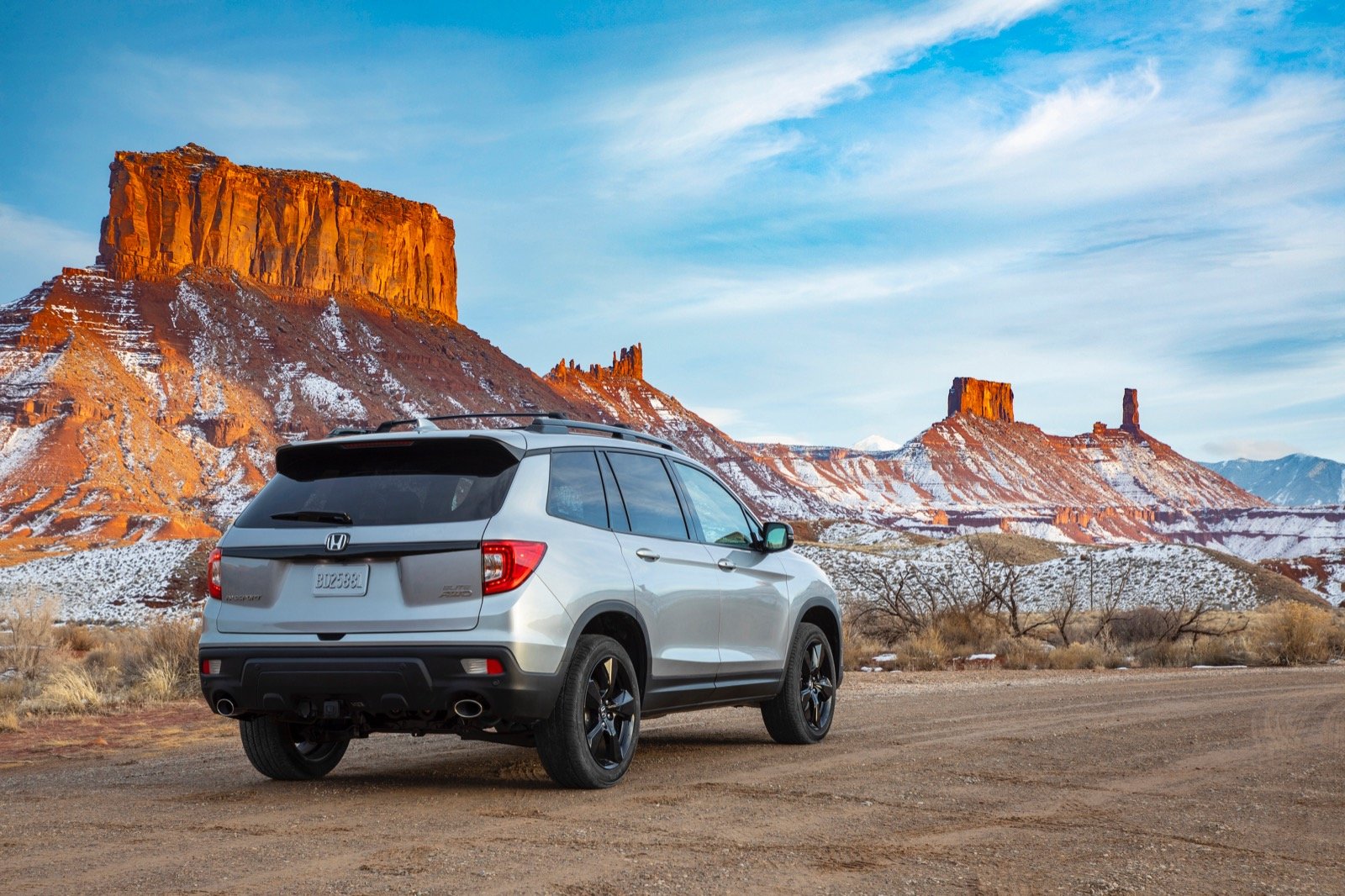 The Passport also faces stiff competition is from premium brands, especially from Honda's sister brand Acura. For just a few thousand dollars more, a buyer can get a similarly equipped Acura RDX. Granted, it’s not as rugged as the Passport, but it’s got a lot to like.

Most luxury or premium vehicles aren’t too much competition for the Passport—they’re either priced too high, not off-road worthy, or not as powerful.

Then there’s the Toyota 4Runnner. The perennial favorite of off-roaders, the 4Runner offers classic truck-like off-roading capability, good cargo space, and comfortable seating. However, its powertrain isn’t as refined as the Passport’s nor does it have the same level of grounded stability around corners or refined interior technology.

The 2020 Honda Passport falls somewhere in between the RAV4s and 4Runners of the world. It’s a bit unique in its positioning, but there it sits, worthy of consideration.

What's your take on the 2020 Honda Passport?

GuruZ5SN4 no HUD is a big minus

Have you driven a 2020 Honda Passport?
Rank This Car

How I Can Rate A Dealership?

I looked all over your website, trying to figure out how to leave a review for a specific Dealership. I don't see any place where I have this option. Please assist so that i can give them a good R...