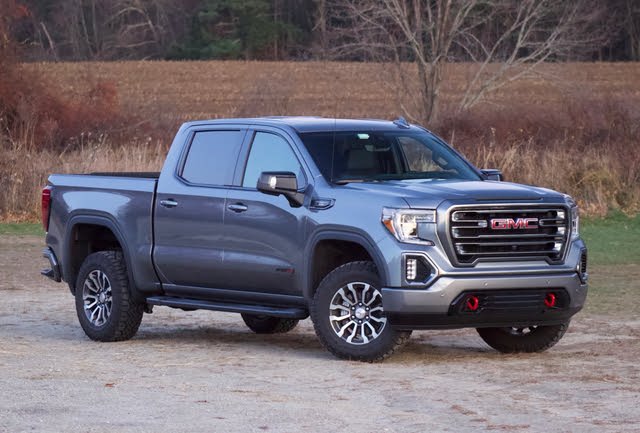 The GMC AT4 is a really nice truck. It rides so smooth compared to the other trucks I have driven. Read More

Beautiful truck, smooth ride. We are thrilled with our 2021 GMC Sierra! Read More

Great Truck. Be aware of frame rust. The wax coating on the frame starts to flake off after the first year. Read More

Rode and drove great. Just wasn’t the vehicle for me Read More

The features was great The price I paid was a bargain. I love my 2018 gmc. Read More

I Truly Love, what i bought (2018 ) GMC .Really like the Chrome Grille and the Ride and Driving , WOW !!! Nothing but a DENALI Could be BETTER ,but couldnt AFFORD that !!! Read More

Never looked at it in person but I like Read More

Way overpriced. Not enough vehicle for the price. No warranty and too many miles. Read More