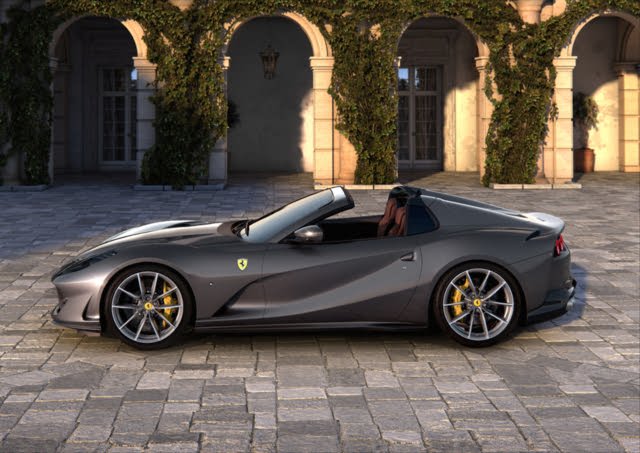 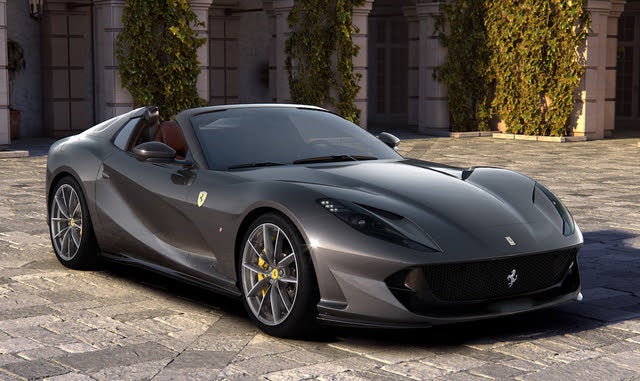 The Ferrari 812 Superfast is already the stuff of daydreams, but for 2020 there’s a new spider version to drool over. Called the 812 GTS, it features entirely different rear bodywork from the coupe and an electronically operated folding hardtop roof. Despite the hardware needed for that retractable hardtop, the 812 GTS weighs just 165 pounds more than the coupe. According to Ferrari, it matches the coupe’s performance as well, an impressive feat accomplished through clever engineering and lots of attention to the car’s aerodynamics.

Speaking of performance, the 6.5-liter V12 is the F140 unit that Ferrari has continually developed and improved over nearly 20 years. In the 812, it makes 789 horsepower and 530 pound-feet of torque, and it will rev to a shrieking 8,900 rpm while making one of the very best sounds made by any car engine on the market today. Even though the 812 weighs nearly two tons, despite extensive use of aluminum, its monster of an engine will still get it from 0-60 mph in 3 seconds flat and go on to a top speed of 211 mph. The engine is also incredibly thirsty, with a fuel-economy rating of 12 mpg city, 16 highway, 13 combined.

The transmission is a 7-speed dual-clutch automatic (DCT) with paddle shifters that sends all the power to the rear wheels. But despite all that power in a rear-wheel-drive (RWD) car, the 812 is reportedly easy to drive at the limit and feels light on its feet thanks to magnetorheological dampers, active aero features on the body, Ferrari’s Side Slip Control (SSC) dynamics controls, and Virtual Short Wheelbase 2.0, which is basically a rear-wheel steering system. The 812 is the first Ferrari fitted with electrically assisted power steering.

All 812s get power seats, navigation, leather upholstery, and dual-zone climate control. Fit and finish are superb, as they should be given the 812’s price tag, and buyers can personalize interior appointments. The gauge cluster is dominated by a giant tachometer in the middle flanked by two digital display screens, and the manettino dial is on the steering wheel. The retractable hardtop on the brand-new 812 GTS raises or lowers in just 14 seconds at speeds up to 28 mph and features a power-operated rear screen that acts as a wind blocker.

The 812 isn’t a revolutionary car, nor is it the fastest, most attractive, or most luxurious for the money. Front-engine V12 GT cars are, however, a Ferrari hallmark that dates back to the company’s early days, and this one is certainly worthy of its Prancing Horse badge. It has a fantastic engine, looks great, sounds great, and drives with the finesse of a much smaller car. The new GTS body style only broadens the 812’s appeal by offering open-air motoring in a large Ferrari GT for the first time in quite a while.

If you had to drive a new “Ferrari 812 Superfast” in an area where maybe 50 or 60 percent of the roads have frequent (steep) speed bumps. And also have a wide variety of road imperfections that greatl...