Though the Dodge Durango shows signs of aging, the three-row SUV stands out muscle car styling and a lineup of potent engines. 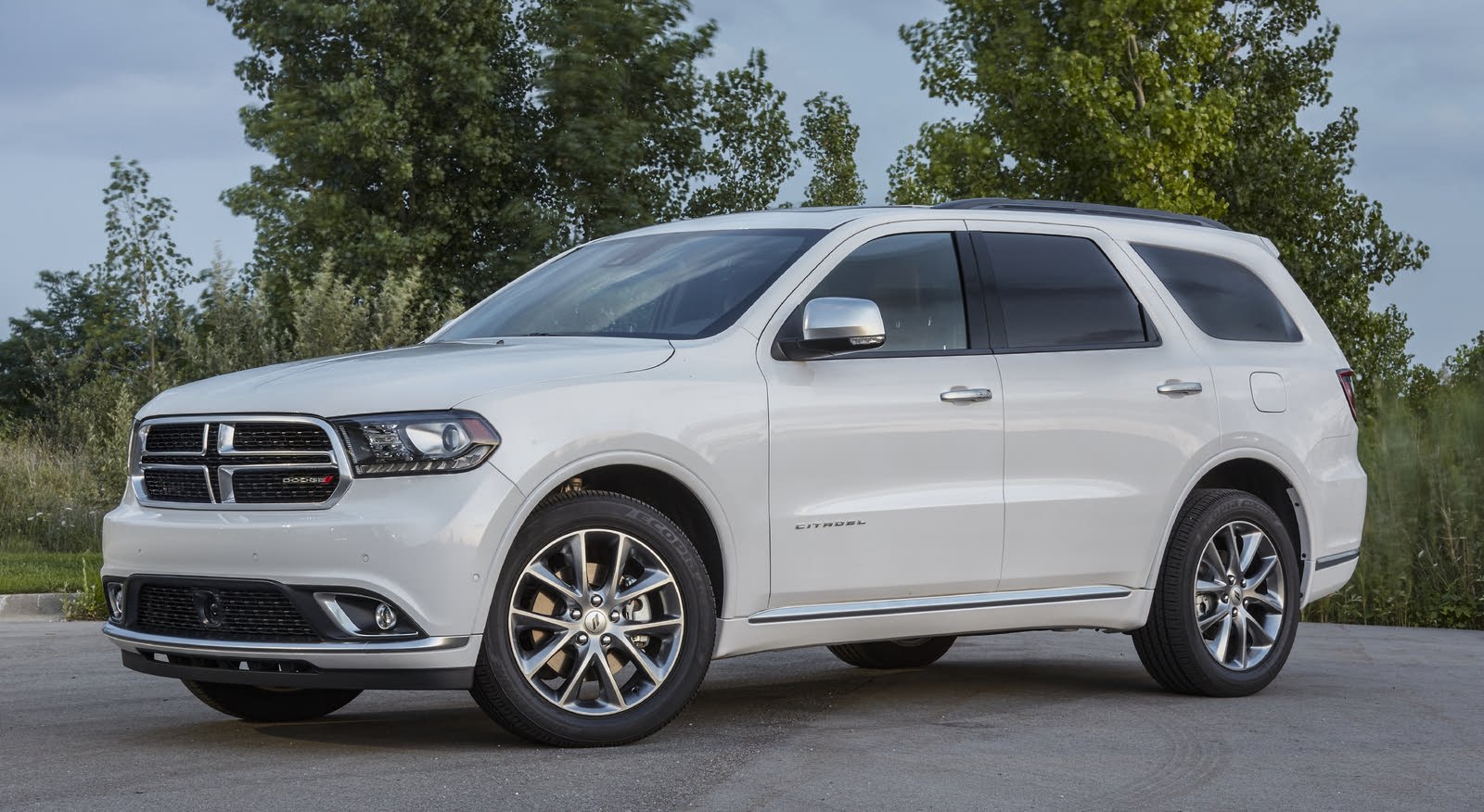 Dodge says it has three muscle cars in its lineup, but if you check out the website, you’ll see the Challenger and Charger. Where is the third? According to Dodge, it’s the Durango three-row SUV. Even though it is a seven-passenger family hauler, it has eye-catching muscle car styling cues. It is also available in a number of high-horsepower trims that deliver on the styling.

For that performance and style, you give up a bit of usability compared to leaders in the segment like the Toyota Highlander, Honda Pilot, and Kia Telluride. The Durango also feels a bit dated compared to those vehicles. So, is this tradeoff worth it? 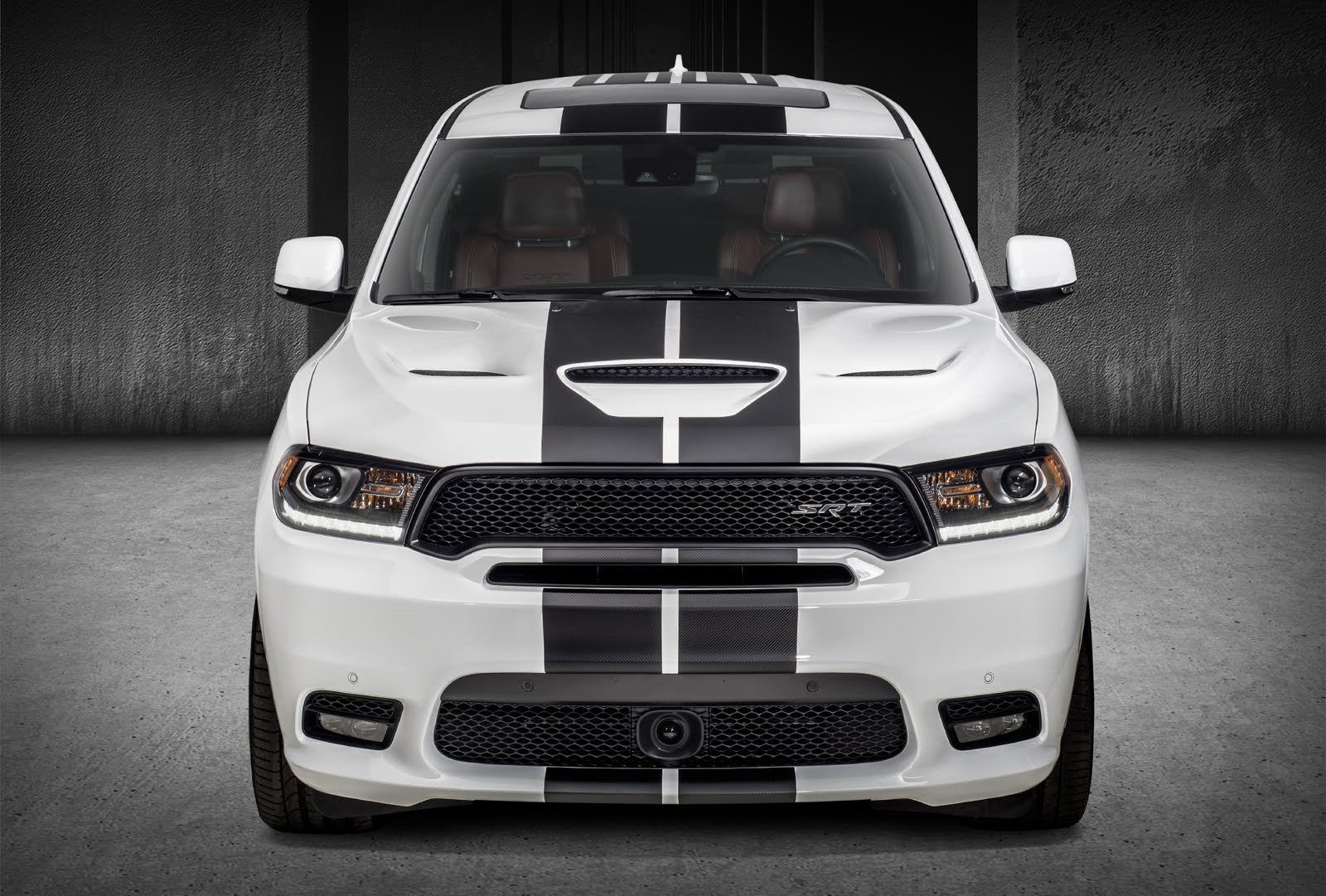 The 2020 Dodge Durango carries its styling over from a 2014 update. In fact, the current, third generation of the Durango dates back to a complete redesign for the 2011 model year. The connections to the Charger muscle sedan are evident (and were even more so before the Charger’s redesign in 2015). But there’s no escaping the fact the 2020 Durango is based on a decade-old platform.

The Durango has a straightforward—if simple—cabin design. It shares a platform with the Jeep Grand Cherokee, albeit with a longer wheelbase and overall length. While both vehicles received exterior updates in 2014, the Jeep’s cabin updates were more significant. As a result, the Durango feels somewhat dated and is in desperate need of a refresh.

Luckily that refresh is coming for the 2021 model year. The next Durango will have more aggressive exterior styling and a heavily reworked cabin. If you like most of what you see about the Durango but the cabin feels too stale, we’d recommend waiting until the end of 2020, when the 2021 Durango is expected to arrive.

The R/T trim has a similar look to that of the GT and adds some additional features. These include rain-sensing wipers, a four-way power-adjustable front passenger’s seat, and memory settings for the driver’s seat and power-adjustable tilt-telescoping steering wheel. The R/T also adds leather-and-suede upholstery, heated front seats, heated rear seats, and an 8.4-inch touchscreen infotainment system.

The range-topping SRT has an entirely unique look, with a more aggressive lower front fascia, auto-leveling headlights, and 20-inch black wheels. The SRT also comes with ventilated front seats and unique leather-and-suede seats with an embossed SRT logo in the seat-back. The SRT is available with eye-catching red leather performance seats as an option. The SRT can also be had with available racing stripes, though it looks far more menacing as a sans-stripe sleeper. 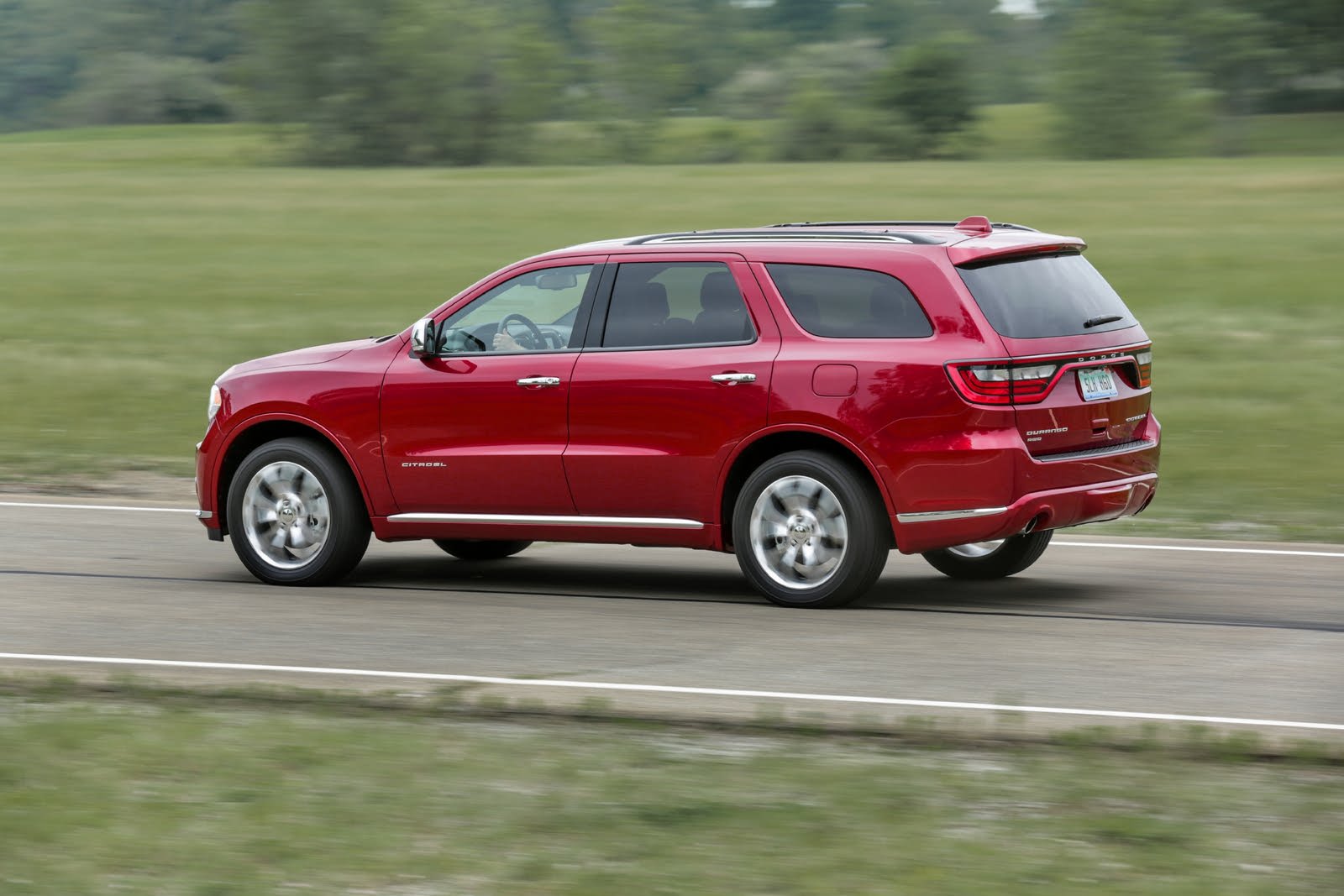 The range-topping SRT comes fitted with a 6.4-liter Hemi V8. Branded the "392" for its displacement size in cubic inches, this V8 puts out 475 horsepower and 470 pound-feet of torque. All engines route power through an 8-speed automatic transmission to rear-wheel drive (RWD) or available all-wheel drive (AWD) based on trim selected.

The V6 makes decent power and will impress when cross-shopping the Durango against other three-row family haulers like the Toyota Highlander or Volkswagen Atlas. Moving up to the 5.7-liter V8 in the R/T provides confident acceleration. Selecting it as an option also makes the Citadel a more robust near-luxury SUV.

Then there’s the SRT, which is a completely different beast altogether. The 392 cubic inch V8 makes strong low-end power and sounds its best aggressively pulling away from a stop. The real power comes on at higher speeds when using the paddle shifters to optimize the V8. The sheer number of gears in the 8-speed automatic means you actually need to double-tap the paddle shifter to downshift or upshift two full gears. This more accurately replicates the gap in ratios of a traditional muscle car transmission. The Durango SRT also features a performance-tuned suspension and Brembo performance brakes.

The driving experience can be further optimized with the Dodge SRT performance pages. Found in the 8.4-inch touchscreen, they provide detailed engine status updates, a G-force meter, and the ability to record 0-60, 0-100, and quarter-mile times. The Performance Pages also provide incredibly detailed drive mode customization, including the ability to tweak throttle response, shift mapping, steering response, and suspension feel.

The acceleration of the SRT is expected, but the car-like handling is a real surprise. Body roll is minimal for a vehicle its size, and altogether, the SRT corners better than it has any business doing. 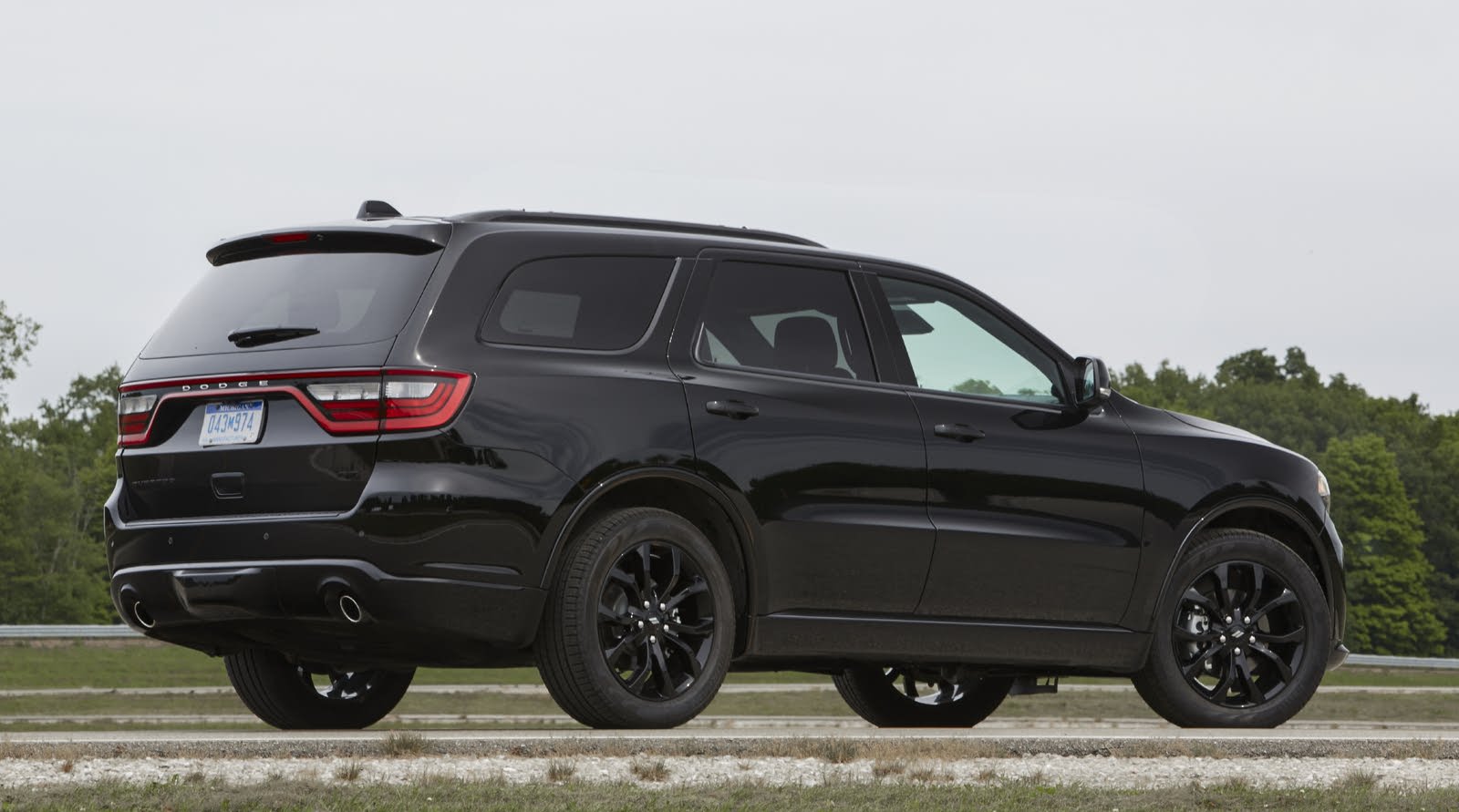 The Durango has plenty of cabin space for occupants as well. The front seats are plenty comfortable, and the second row can be offered either with a three-passenger bench or second-row captain's chairs. Either way, head- and legroom are plentiful in the second row. The third row is a bit more cramped for adults on any trip longer than around the block and is best suited for kids. The large second-row doors and easy-fold second-row seats do make access to that third row a synch.

The driver and front passenger can take advantage of multiple cargo bins, bottle- and cupholders, and various trays for all your gear. The second row of our SRT test model also came with its own center console with central cup holders. 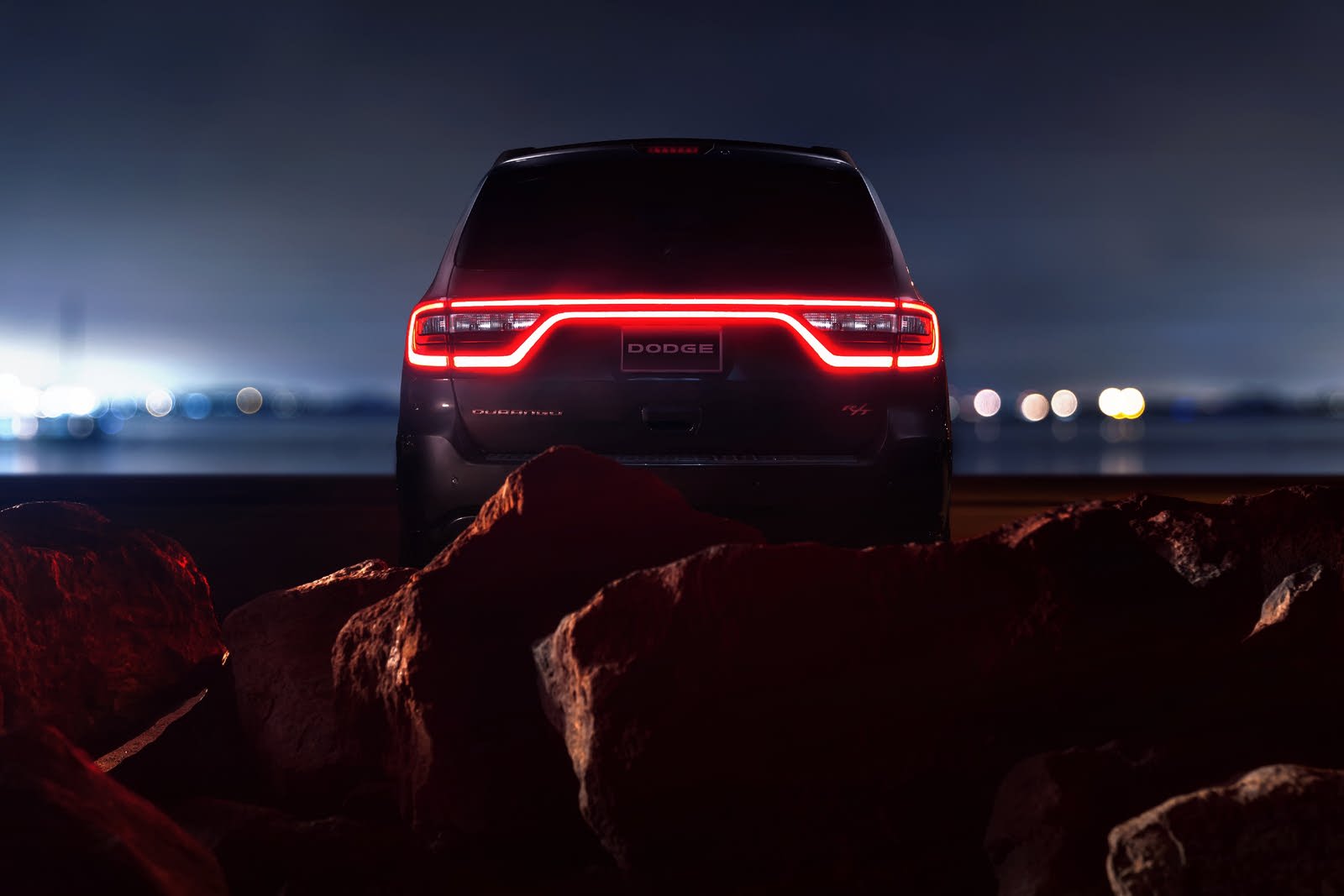 The SXT and GT trim levels come equipped with a 7-inch touchscreen. Optional on the GT and standard on all other trims is an 8.4-inch touchscreen. Both screen sizes utilize Dodge’s fantastic Uconnect infotainment system. Uconnect stands out with its straightforward menu layout and simple page navigation. It has a tablet-inspired layout with a dock of icons at the bottom of the screen. These icons represent the radio, phone, climate controls, navigation (where available), and settings. The dock icons mean you don’t need to backtrack to a home screen to get to another function. And many of the systems have redundant hard controls, located below the touchscreen.

The Durango comes standard with Apple CarPlay and Android Auto. Once again, the simplicity of Uconnect makes it easier to transition into and out of a CarPlay menu and back to a Uconnect screen. Some competitors lack the dock icons or a home button. As a result, if you are on a CarPlay screen, you have to backtrack to the CarPlay’s home screen to find the icon that would take you back to the vehicle’s proprietary infotainment system.

The semi-digital instrument panel is helpful and navigating it is made easier by the directional pad on the steering wheel. It allows you to easily cycle through the various information you’d like to see. The screen is not as large as you might find in other contemporary vehicles, but this is something the 2021 update will remedy. 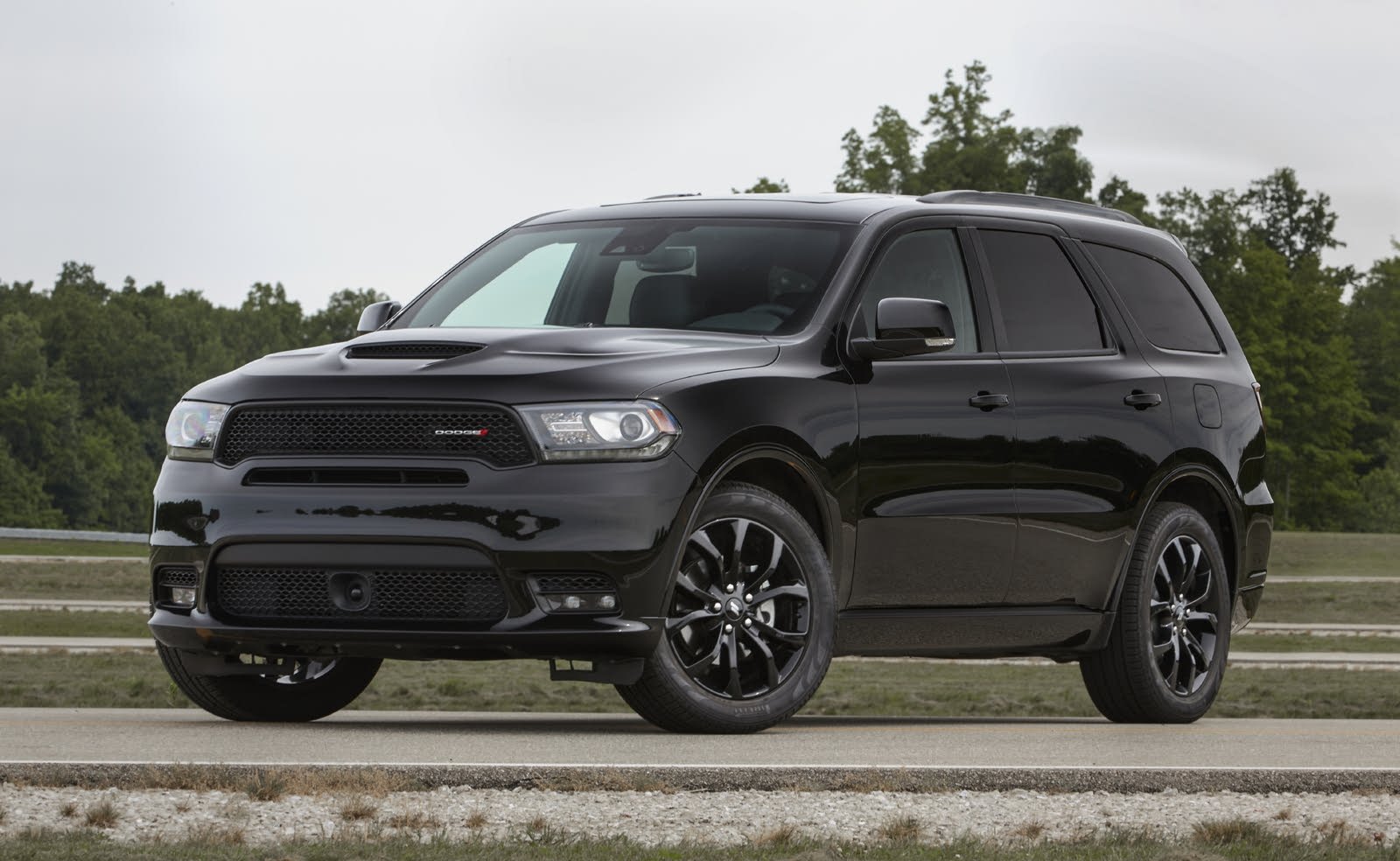 The Durango comes equipped with a full array of front- and side-impact airbags, electronic stability control, hill-start assist, and trailer sway control. Rear parking sensors are available on the SXT and standard on all other trims. The R/T, Citadel, and SRT come standard with front- and rear parking sensors.

The Durango does not come standard with any high-tech driver-assistance features. Shoppers can select the Technology Group package, which adds adaptive cruise control, forward-collision avoidance, and lane-departure warning. Other driver assistance features include blind-spot monitoring and rear cross-path detection. These are solid features, but are unfortunately all optional. Meanwhile, Toyota makes many of these features standard on the three-row Highlander.

In crash tests by the National Highway Traffic Safety Administration (NHTSA), the Durango earns a four-star rating. It earns five stars in side crash testing and four stars in all other phases.

The Durango was also tested by the Insurance Institute for Highway Safety (IIHS). In these tests, the Durango earned a score of Moderate for driver’s side small-front overlap testing. It earned the best score of Good in all other crash tests. The crash-prevention technology was considered Superior, but once again, that system is optional equipment. 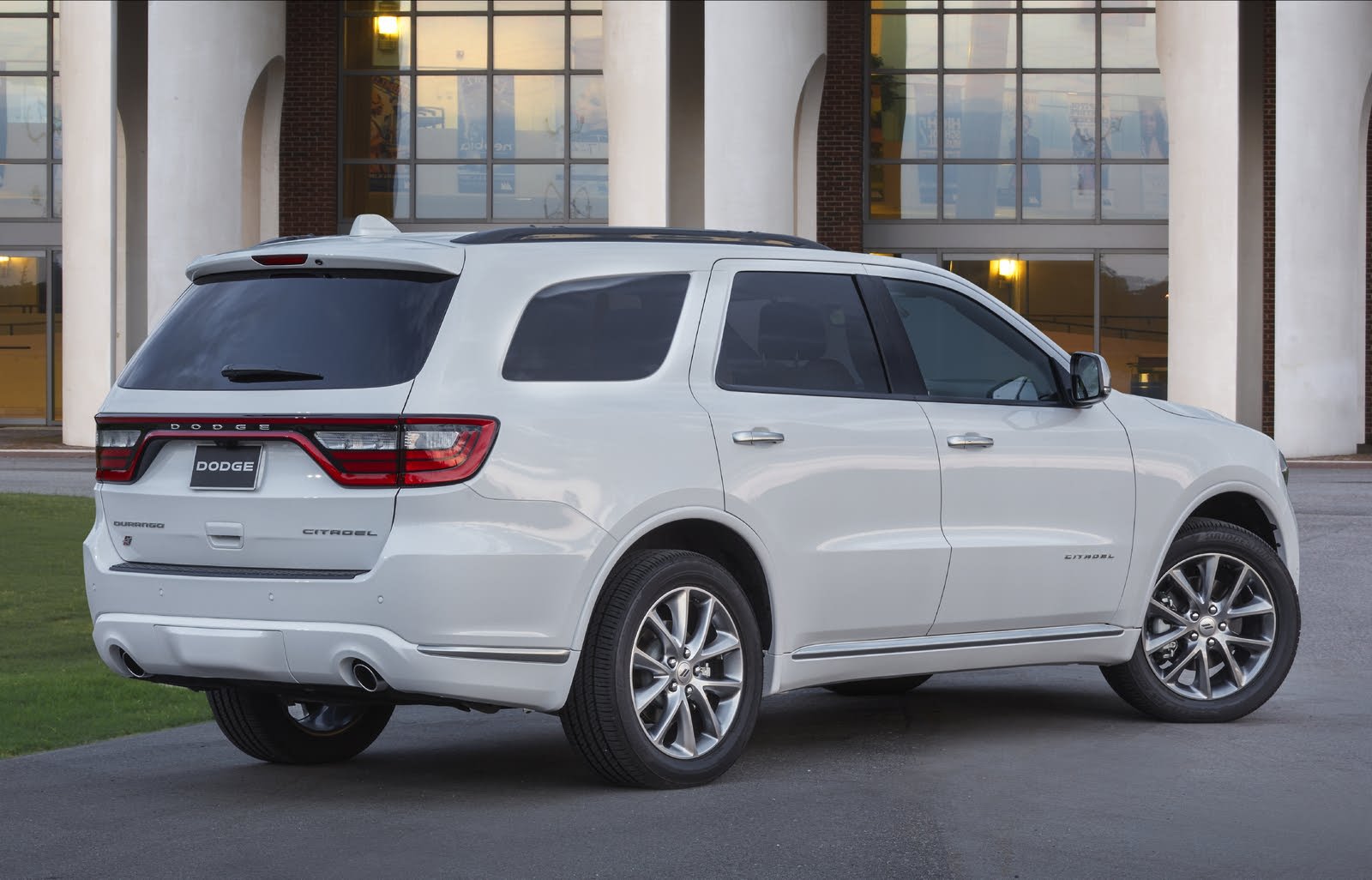 On the lower trims, the Durango costs less than many three-row competitors, but not by a wide enough margin to make up for its dated cabin. With any of the V8 models, the Durango has few competitors at all. The Ford Explorer, Chevrolet Tahoe, and Nissan Armada simply can't compete with this muscle SUV in terms of power. As mentioned, the Durango is about to be updated for 2021, with fresh styling and a new cabin. For some, it might be worth the wait, but for others, the Durango provides a swagger seldom seen among family-hauling three-row SUVs.

Good Look'n It is a much better ride and handles great. A very nice turning radius and comfortable interior. I would buy it again any day over the expedition.

Have you driven a 2020 Dodge Durango?
Rank This Car

How Do I Know If My Vehicle Is In AWD?

I have a 2020 dodge durango sxt plus awd. My manual refers to an awd control switch (single-speed operation electronically shifted transfer case 3 position switch) - if equipped but my vehicle does...

Why Did You Drop The Option To Filter Number Of Seats For Durango!

Looking for 5 passenger Dodge Durango. Filter option is no longer available. Why?

US Vs Canadian Dodge Durango 2020

What differences if any are there between US built Dodge Durangos vs. Canadian made? like different or moved equipment to allow for block heaters etc.. Any differences will help me. thnx

114 views with 1 answer (last answer about a year ago)