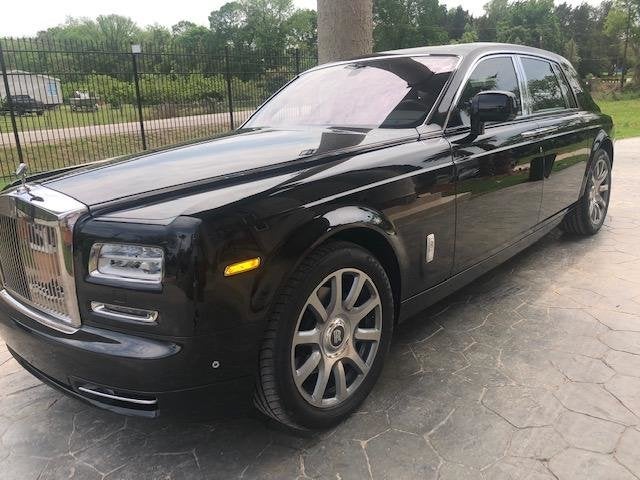 The Rolls-Royce Phantom sedan, among the most exclusive and extravagant vehicles in the world since its 2003 introduction, still sits pretty after its 2018 redesign. The Phantom carries over for 2019, facing competitors such as the Bentley Mulsanne and Rolls-Royce's own Ghost and Wraith.

While last year’s redesign made the Phantom more modern, it retains the unmistakable boxy, upright profile that distinguishes the brand, along with adding high-tech features like LED lighting. The available extended-wheelbase trim gracefully alters the Phantom’s proportions. As is typical with Rolls-Royce, buyers can order the Phantom in a wide array of exterior color combinations.

A twin-turbocharged 6.75-liter 12-cylinder engine powers the Phantom, putting out 563 horsepower and 664 pound-feet of torque. An 8-speed automatic transmission sends power to the rear wheels while an air suspension system ensures a smooth ride. The standard trim and extended-wheelbase version have the same fuel-economy estimates of 12 mpg city, 20 highway, and 14 combined.

The Phantom’s cabin includes materials like hand-stitched leather, a choice of species of genuine wood, and metal. If any of these aren't to a buyer’s tastes, everything can be changed for the right price. Several seating choices are available, including lounge-style and sleeping-style seating. The infotainment system is classic and modern, with a juxtaposition of 12.3-inch displays and a crystal-adorned analog clock. Buyers have a wealth of options for audio systems and other infotainment features. All Phantoms get navigation and a WiFi hotspot.

After last year’s redesign, the Rolls-Royce Phantom maintains its status as one of the most up-to-date vehicles in the brand’s portfolio with few limits except for a buyer’s imagination.

What's your take on the 2019 Rolls-Royce Phantom?

Have you driven a 2019 Rolls-Royce Phantom?
Rank This Car