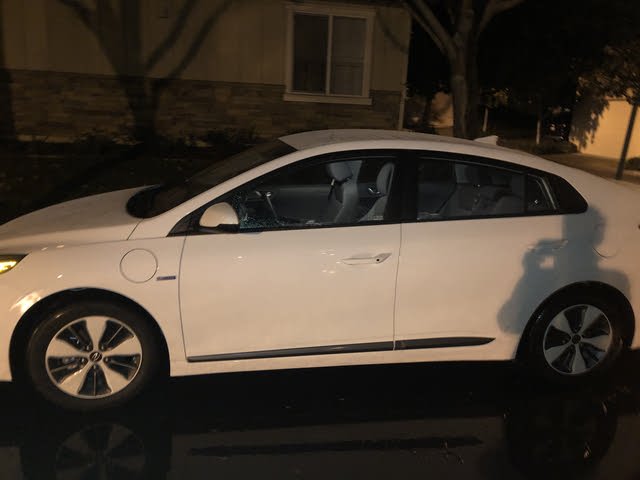 The Hyundai Ioniq name encompasses a family of compact liftbacks that put efficiency above all else. Last year, Hyundai added the Ioniq Plug-In Hybrid to the fold. For 2019, it carries over with no alterations.

The Ioniq Plug-In Hybrid pairs a 1.6-liter inline 4-cylinder engine with a 6-speed dual-clutch automatic transmission (DCT), electric motor, and 8.9 kilowatt-hour battery for a combined 139 horsepower. It’s good for 29 all-electric miles at 129 miles-per-gallon-equivalent (MPGe) and 630 miles of combined driving range. On a standard 110-volt Level 1 charger, the battery rises from depleted to full in under 9 hours. That time shrinks to 2 hours and 18 minutes on a 220-volt Level 2 charger. When operating as a hybrid, it still achieves 52 combined mpg. Hyundai takes a blended approach to managing the use of the gasoline engine and electric motor. The only way to keep it in EV mode is with light applications of the throttle and a full battery. There’s also a Sport mode that configures the display and tunes the car for more responsiveness. An HEV mode relies on the gasoline engine to keep the battery state charged.

As far as safety goes, every Ioniq Plug-In Hybrid comes with a reversing camera and a blind-spot mirror. The Limited trim, when equipped with the Ultimate package, replaces the blind-spot mirror with active blind-spot monitoring, as well as bundling rear cross-traffic alert and lane-change assist. The Ultimate Package tacks on automatic emergency braking with pedestrian detection, lane-keeping assist, adaptive cruise control, and adaptive headlights. Of the Ioniq family, only the Ioniq Hybrid was crash tested by the Insurance Institute for Highway Safety (IIHS) in 2018, where it earned a Top Safety Pick designation.

The Ioniq Plug-In Hybrid is the value pick of the segment, with true plug-in capabilities and plenty of features at a price that’s more than palatable. If you’re looking for a similarly sized plug-in hybrid that exploits its electric nature, the Chevrolet Volt or Toyota Prius Prime might be superior options.

What's your take on the 2019 Hyundai Ioniq Hybrid Plug-In ?

GuruBSD6B As an owner of this car, I feel you have missed a couple of important features. John D Jackson jjackson10@cogeco.ca

Have you driven a 2019 Hyundai Ioniq Hybrid Plug-In ?
Rank This Car