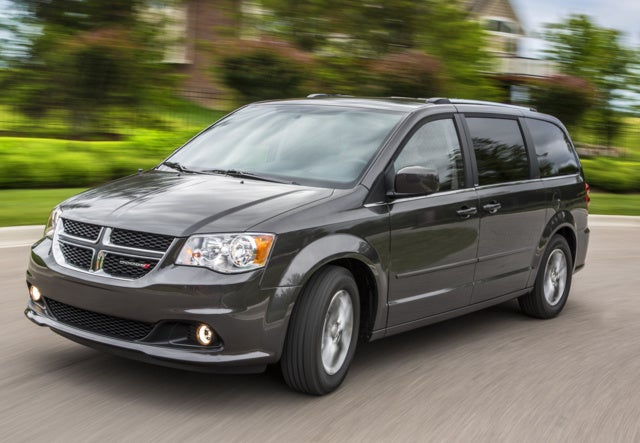 Users ranked 2019 Dodge Grand Caravan against other cars which they drove/owned. Each ranking was based on 9 categories. Here is the summary of top rankings.

Have you driven a 2019 Dodge Grand Caravan?
Rank This Car

I believe we got a very good deal on a vehicle that doesnt have a scratch on it. We contemplated buying a Pacifica after retiring a Town & Country. However, I believe we will be quite pleased with... Read More

I love my Dodge Gand Caravan. Its its roomy and comfortable. Good for fishing, outings. It has eco feature for gas saving. Read More

Love this van. Has good space and comfortable to ride in. We just did a 200+ mile trip with two toddlers and 4 adults and worked great. The only reason I didnt get 5 stars is I would have liked more U... Read More

Its a great car overall. No issues the model runs great. It has all the convenience the family needs in a mini van. I have a 2019 dodge caravan GT and it has everything my family and I need. If you ha... Read More

Only disappointment there was no blind spot warning system. Other wise I was impressed with all the features that come with the G-T model! Stow and go seats, power front seats, heated seats and steer... Read More

My husband and wanted a van in a price point of under 22,000. This one was a great compromise had almost everything we wanted. The only thing I would have liked more if it had a few less miles. Read More

Not sure about it as it has no back up camera. Read More

This is my second caravan both were good drives, great with kids and very reliable with a smooth ride .I would buy another one without a worry. All around great vehicle. Read More

We have always been pleased with the practical design of the Dodge Caravan and the 2015 model does not disappoint. It works well for normal everyday use while providing space and comfort for trips. O... Read More

Have you driven a 2019 Dodge Grand Caravan?
Rank Your Car →