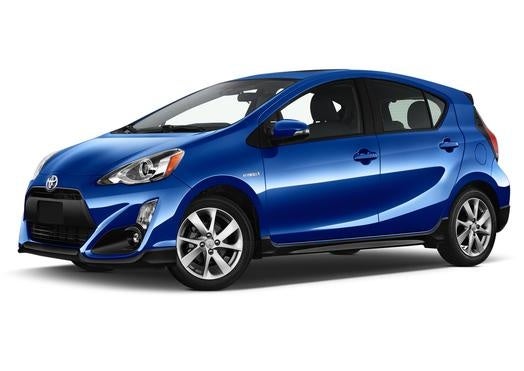 The Toyota Prius c is not only the smallest model in the Prius family but also the least expensive. With a starting price tag of $20,630 for the 2018 model, the Prius c allows those who want a hybrid vehicle but can’t afford something like the standard Prius to have one, and Toyota makes significant changes to this affordable hybrid for the new model year.

The changes begin outside. Up front is a new hood and new headlights that extend into the front fenders. Toyota takes some design cues from crossovers to make the Prius c more appealing. Silver accent trim is used on the bumpers to mimic skid plates, and black wheel arches give an impression of the vehicle being able to go off-road. Two new colors and a new 15-inch wheel design finish off the exterior.

The interior sees some slight revisions with a new steering wheel and updated center stack to make it easier to find the various controls. It would have been nice if Toyota also addressed the materials used, as reviewers say they feel very cheap for the class. The front seats are surprisingly comfortable with good support and basic adjustments. Cloth comes standard, while leatherette upholstery with heated front seats are available on higher trims. The back seat can fit an average-size adult with no issue thanks to a large amount of headspace. Cargo space measures out to 17.1 cubic feet behind the rear seats. You can increase cargo space by folding the rear seat, although Toyota doesn’t say how much more space is available. Be aware that the base One has a one-piece folding rear seat. If you want a 60/40 split-folding seat, you'll need to step up to the Two.

All Prius c models feature a 6.1-inch touchscreen system with Toyota’s Entune infotainment system. Entune is beginning to show its age in terms of its interface, but many consider it one of the easiest systems to use thanks to large buttons on the screen and quick performance. Navigation and the Entune App Suite allow you to use various smartphone apps such as OpenTable, and Yelp is available on the Prius c Three and Four.

Power comes from a hybrid powertrain comprised of a 1.5-liter 4-cylinder, a pair of electric motors, and a sealed nickel-metal hydride battery pack. Total output stands at 99 horsepower, and a continuously variable transmission (CVT) routes power to the front wheels. Performance is mediocre at best, as the Prius c delivers only okay acceleration around town. On the freeway, the Prius c struggles to boost speed at a decent rate, and the run to 60 mph takes 11 seconds. You can put the c into an EV mode, but only at speeds below 25 mph. Another disappointment for the Prius c is fuel economy. The EPA rates the Prius c at 48 mpg city, 43 highway, 43 combined. While those numbers put the Prius c at the top of subcompact models, it falls behind when compared to other hybrids. For example, the larger Prius has EPA ratings of 54/50/52.

The small size of the Prius c really shines in urban areas, as it is quite easy to maneuver and park in tight spaces. Handling is competent, as body roll is kept to a minimum. Ride quality is what you would expect with a small car—somewhat rough over bumpy roads. Road and wind noise are noticeable, especially when traveling on the highway.

Last year, Toyota gave the Prius c its Safety Sense C suite of active safety features. This includes automatic high beams, lane-departure warning, and a pre-collision system that alerts you of a possible frontal collision. If you don’t hit the brakes in time, the system will automatically activate the brakes to prevent or reduce the impact. Other safety features include antilock brakes with brake assist, traction control, stability control, nine airbags, and tire pressure monitoring. The Prius c has a 4-star overall rating from the National Highway Traffic Safety Administration (NHTSA). In the Insurance Institute for Highway Safety (IIHS) tests, the Prius c earned the group’s highest rating of Good in most, but got only an Acceptable, the group's second highest rating, in the group’s small overlap front test.

Have you driven a 2018 Toyota Prius c?
Rank This Car

Gallons Per Miles It Says 54 On Highway

My new 2018 is only getting 36.6 mpg and I drive 30 minutes on highway to work I've tried going slower at take off and coasted to stops nothing changes it sometimes gets worse my 2016. Did same ...