Lexus stretches a mid-size crossover to three rows in an attempt to fill a hole in its lineup. 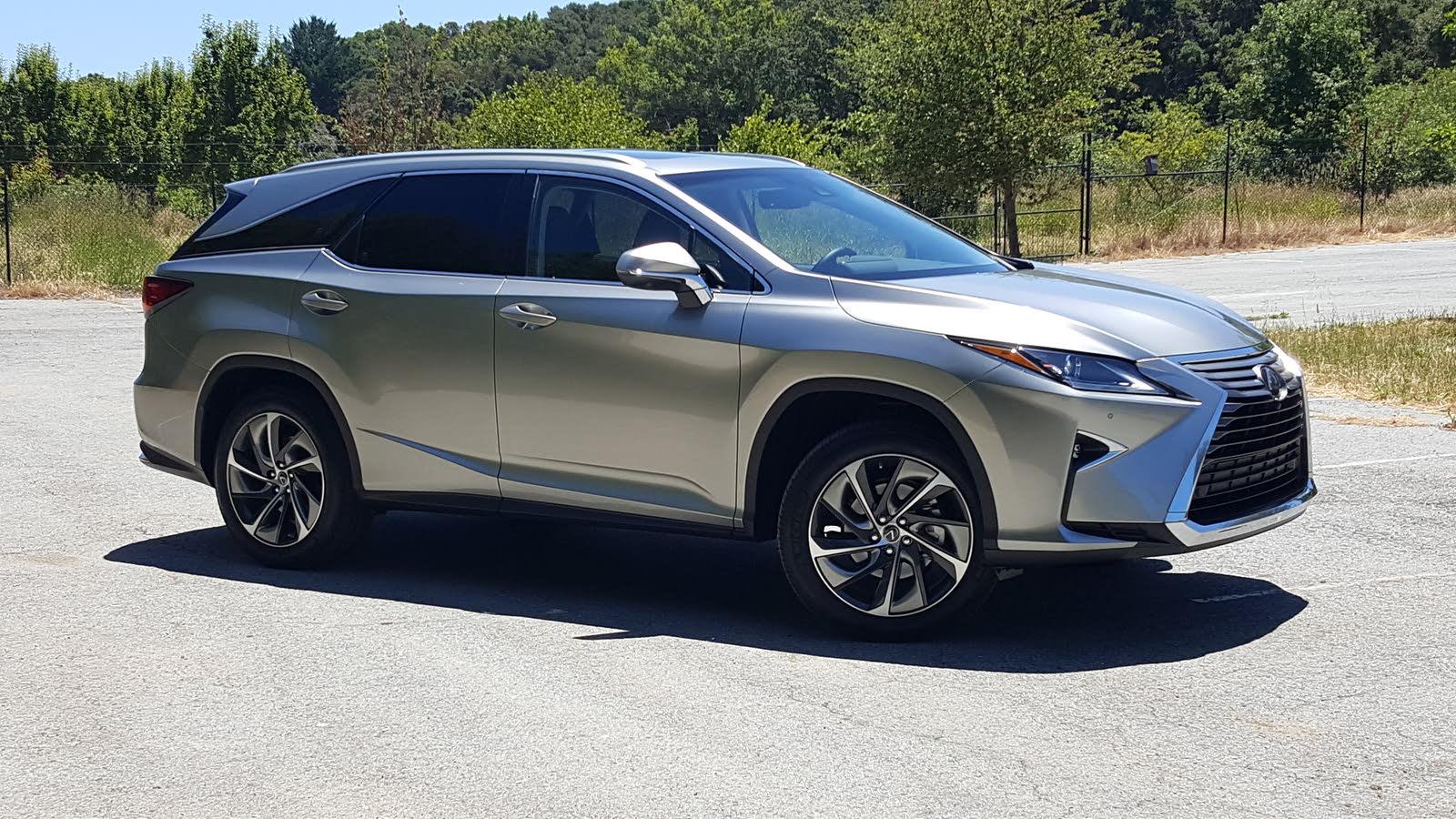 With no 3-row mid-size crossover to offer consumers, Lexus felt it was leaving money on the table. So it stretched its venerable RX 350's rear end to accommodate some additional seating. But attempting to mold something into a configuration it was never meant to have isn’t the best approach to engineering, and the new RX 350L falls flat when it comes to fitting extra passengers. 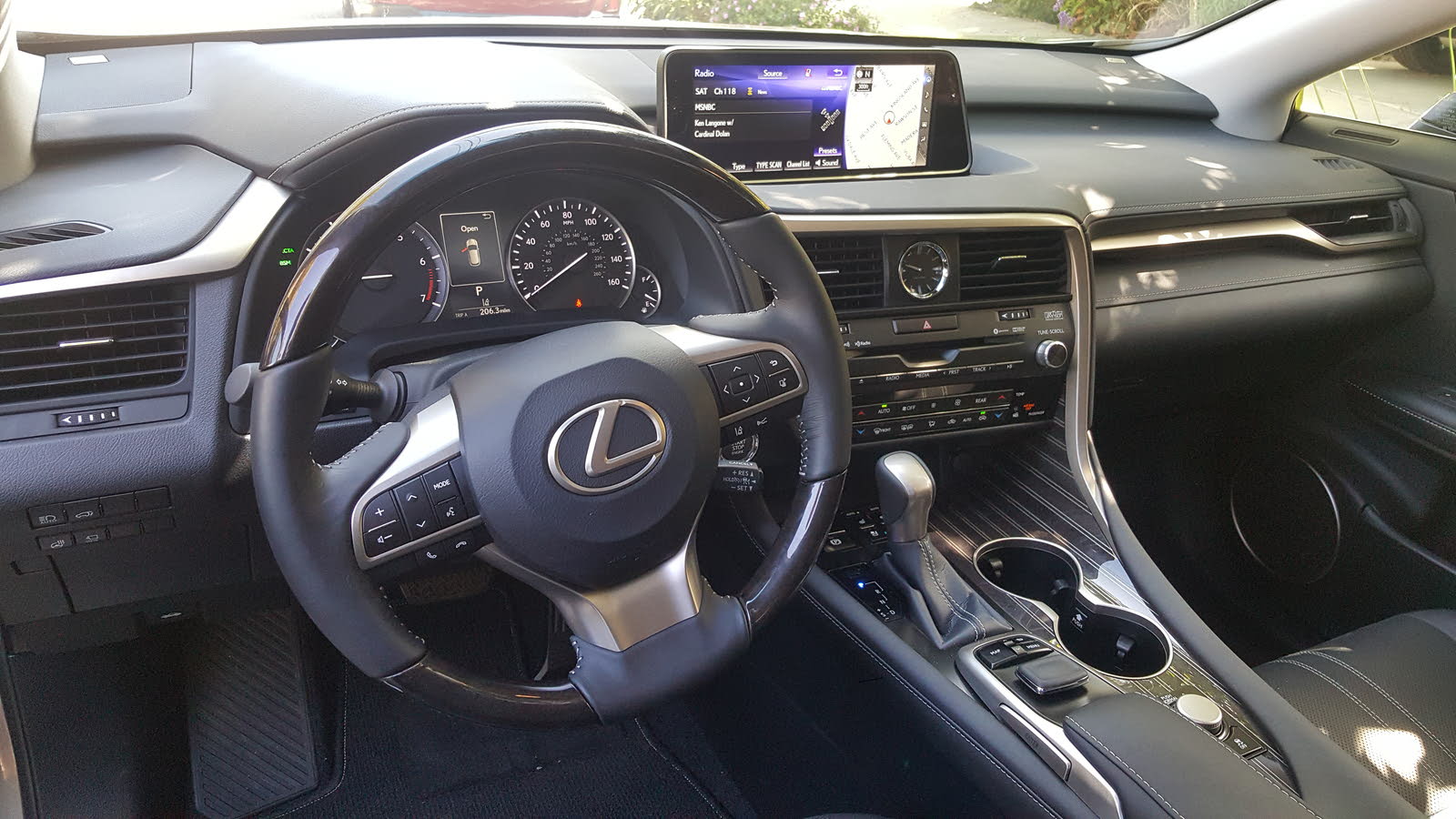 The RX 350 is one of the best-looking crossover options on the market, and in F-Sport configuration it’s one of the best-driving as well. It basically created the luxury crossover segment back when it was released in 1998, and it’s been the class sales leader ever since. But with only 2 rows of seating, it had a major drawback in that it couldn’t carry a family of more than 5. Enter: the RX L. An extra 4.4 inches added behind the rear wheels was intended to allow for three-row seating, but this design approach comes with a problem. Open up the rear door and it’s immediately apparent—accessing that third row is anything but easy. With the wheelbase remaining the same as in the standard RX 350, there’s no extra space for getting back there, meaning even children will have to snake and squirm for access.

Starting with the Base trim, the RX 350L has an MSRP of $47,670, a price tag that’ll get you features that justify the luxury label. Auto LED headlights and high beams are complemented by LED fogs and running lights, standard leather upholstery, keyless ignition and entry. Tri-zone auto climate controls are joined by a power-adjustable steering wheel, 8-way power front seats, and an 8-inch display. Finally, an impressive safety suite includes adaptive cruise, lane-departure warning and intervention, and forward-collision warning and intervention with auto braking.

There are several packages to add even more luxury to your RX 350L, and they can definitely make the price jump up in a hurry. Since Android Auto and Apple CarPlay are still unavailable, you might want to add a navigation system. Coupled with a 15-speaker Mark Levinson stereo, it’ll add $3,200 to the purchase price. But if you’d rather leave off the upgraded stereo, the price will only increase by $2,120—and it includes a 12-speaker stereo with the frustrating Remote Touch interface. A Premium Package is a better deal at $810 for roof rails, sunroof, auto-dimming side mirrors and auto wipers, a driver memory system, and some added wood trim. The $315 Cold Weather Package adds wiper de-icers, an upgraded heater, rain-sensing wipers and auto-leveling headlamps with washers, and a $265 Towing Prep Package gets you a larger radiator as well as engine- and transmission-oil coolers.

Lexus considers its Luxury trim a separate package, and for $5,015 you’ll add a lot to your RX 350L. From the outside you’ll see 20-inch superchrome alloy wheels, upgraded front seats with an extendable base cushion, lumbar support, and ventilation. It also includes upgraded leather, wood and aluminum trim, ambient LED lighting including illuminated door sills, a unique wood- and leather-trimmed steering wheel with heat, manual rear sunshades, and an upgraded driver memory system.

I spent my week with the RX 350L with the Luxury Package, as well as the optional blind-spot monitoring system with rear cross-traffic, intuitive park assist and panoramic view ($1,865), a touch-free power rear hatch ($200), and the combo nav and upgraded stereo package ($3,200). With a $995 delivery fee, the driveaway price came to $58,945. 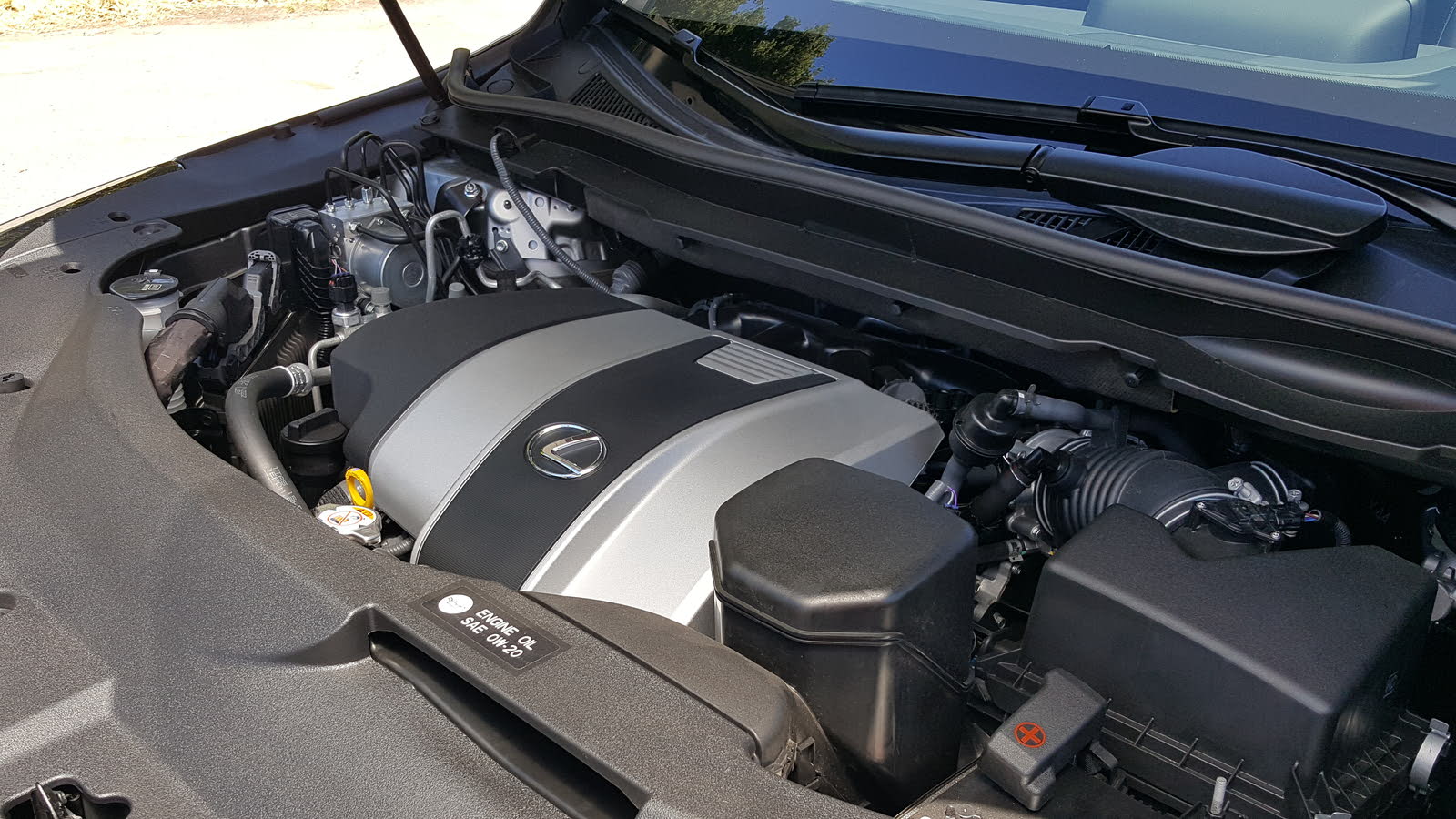 That said, the RX 350L isn’t slow, even if it falls toward the more sluggish end of the segment. The engine is smooth, responsive, and eager—especially in the upper rev range—and the transmission handles its responsibilities with no issues. The only complaint I can offer is that it’s slightly too eager to jump to a higher gear and maximize its fuel efficiency, but with selectable drive modes you can just slot it into Sport and the problem disappears with little effect on fuel economy.

If it's more power you're after, a hybrid option is available which takes the same 3.5-liter V6 and tacks on two high-torque electric motors for an equivalent 308hp sent to all four wheels. This should eliminate any sluggishness off the line and delivers fuel economy ratings of 31 city, 28 highway, and 30 combined mpg, though it requires premium fuel. Additionally, the RX 450hL is fitted with the optional second-row captain's chairs as standard.

As I mentioned before, the RX 350 is one of the best-driving examples in the segment in F-Sport configuration, but it’s still a solid performer with the standard suspension setup. The 20-inch wheels do make things a little more jittery than the standard 18s, but not so much that I’d advise against them, which is often the case. 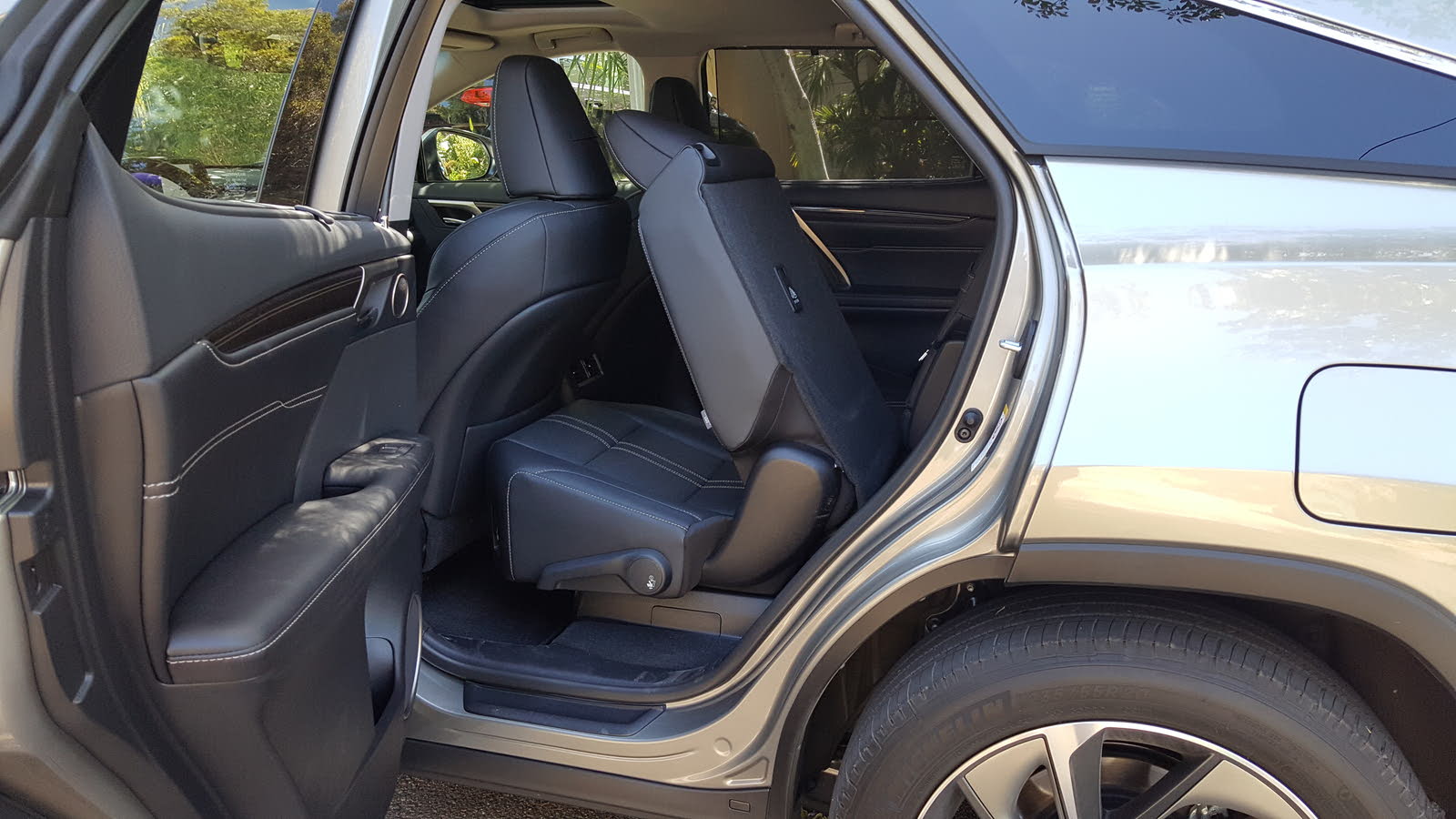 Talk about a mixed bag. Lexus can boast some of the best interiors in the industry, and that’s been true for a while now. Quality fit, finish, and materials are blended with an attractive and classic design, but there are a couple of weak points that keep it from being the undisputed leader.

I’ve commented on the low points of the Remote Touch interface on many occasions, and I don’t relish harping on the point here, but the imprecise nature of the controller can’t be ignored. It’s a shame, because I prefer interfaces that allow you to use the infotainment system outside of a touchscreen, avoiding constant fingerprints.

But the big disappointment this year is the third row's accessibility. Because all the extra length was added behind the rear wheels as opposed to lengthening the wheelbase, getting into the third row is an exercise in contortionism. For proof, take a look at my demonstration in the video. Entry for an adult is uncomfortable if not impossible, but even getting a car seat in and out would be a feat. The optional second-row captain’s chairs will offer a more manageable option, but the bottom line is that there are still competitors with more usable third rows. And despite the extra length, overall cargo capacity only increases by 2 cubit feet, to 58.4. 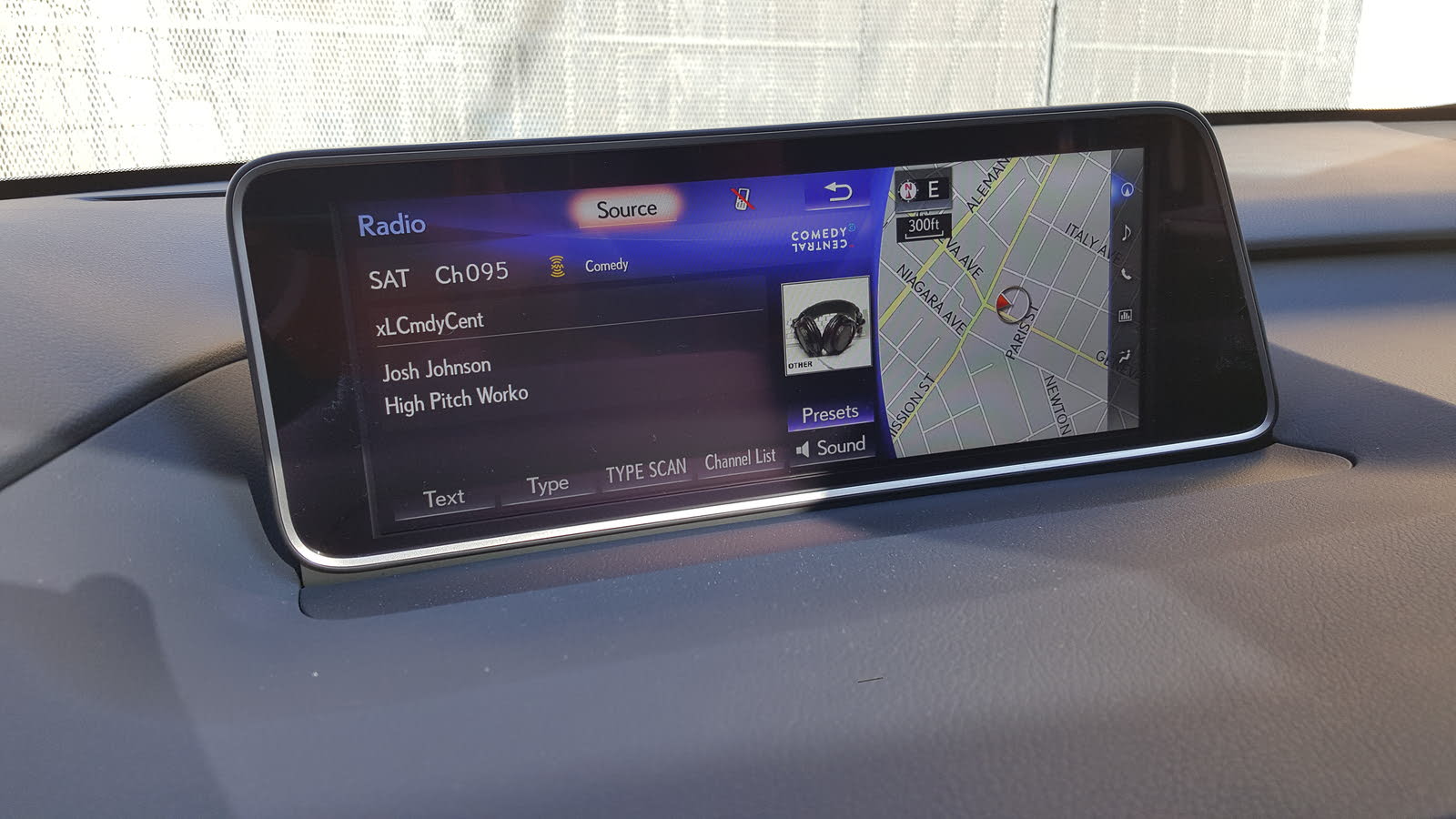 My complaints about the Remote Touch interface aside, with no Android Auto or Apple CarPlay, your options for built-in navigation will cost you a couple thousand dollars in the best-case scenario and more than three thousand in the worst. And if you’re thinking Lexus’ announcement of including Amazon’s Alexa integration will be the solution, the RX won’t be receiving that update, as it doesn’t utilize the Enform 2.0 system that’s required. This puts the RX 350L at a distinct disadvantage in the segment. 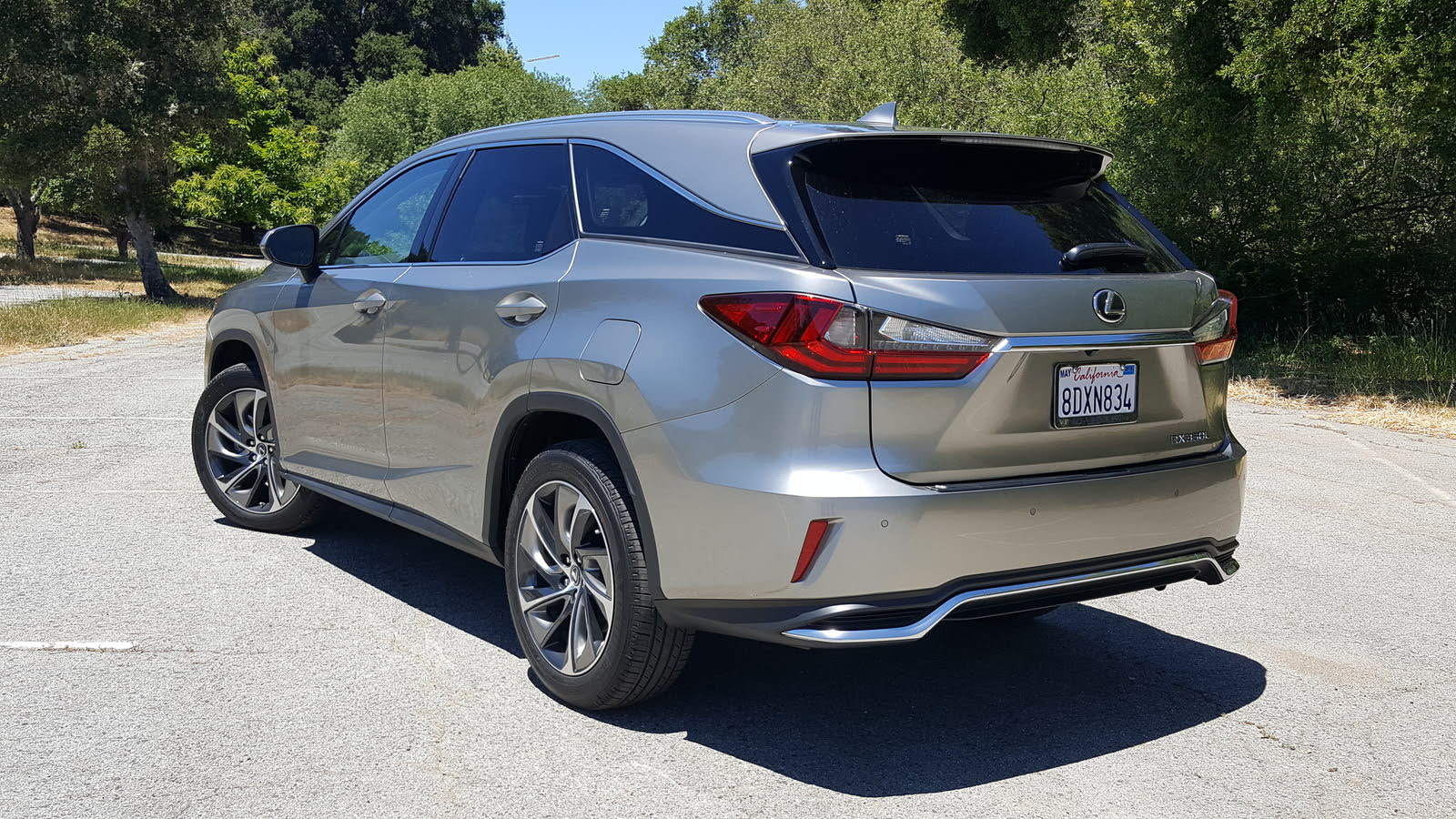 The standard Lexus Safety System+ is a welcome gift in a segment that can be deceptively stingy. But the fact that blind-spot monitoring isn’t standard as well is a curious choice. When you spend 50 grand on a car, having to spend another 2 grand for something that comes standard on a lot of economy cars can be more than a little frustrating.

Additionally, the RX 350L has a 4-star overall safety rating from the National Highway Traffic Safety Administration, with 4-star ratings in all tests other than side crash categories where it scored 5 stars across the board. However, the independent Insurance Institute for Highway Safety (IIHS) disagrees with government tests slightly, awarding the RX series a Top Safety Pick+ title. 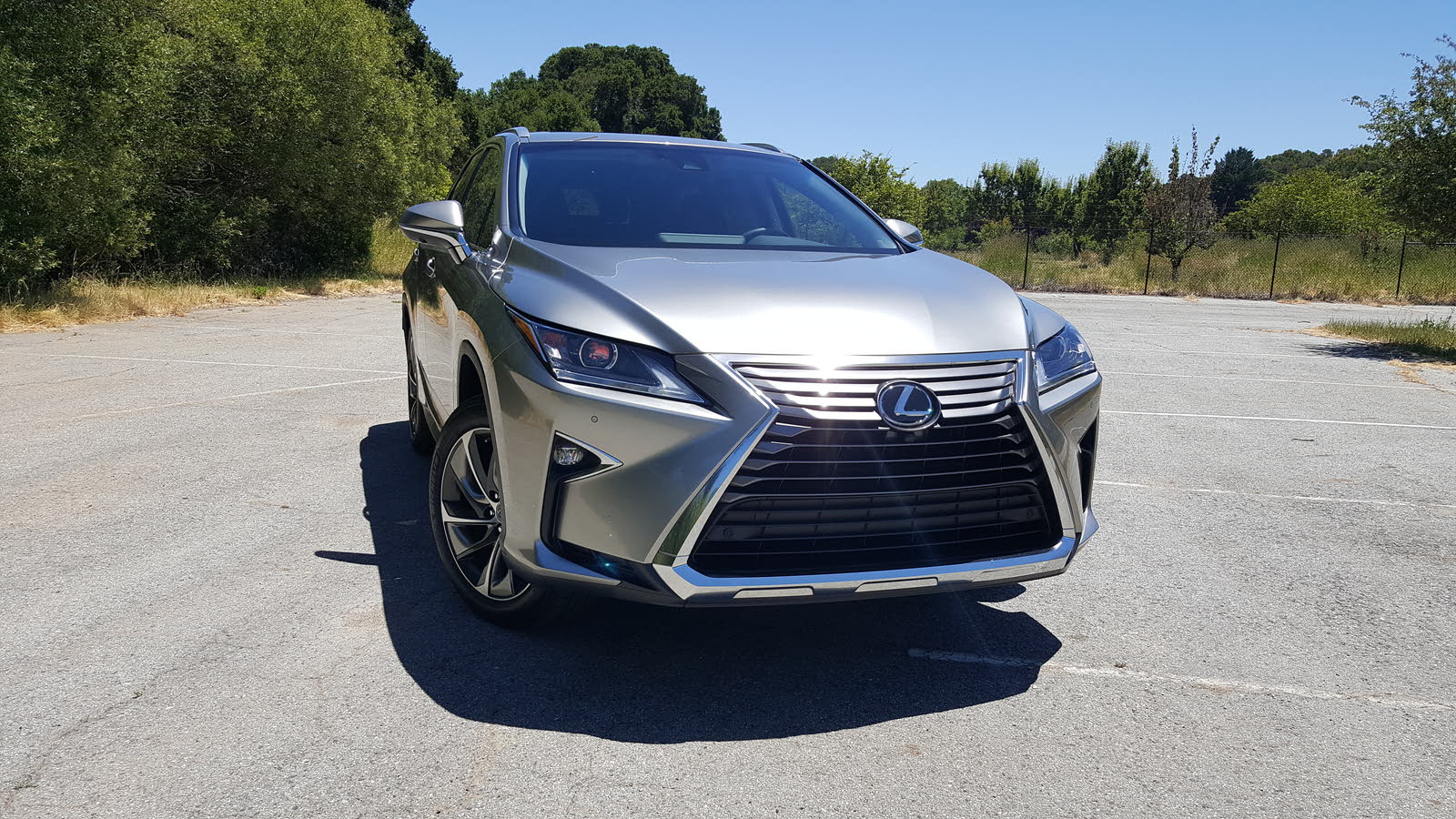 Given the limitations surrounding its ostensible purpose, it’s hard to recommend the RX 350L. Dedicated 3-row crossovers like the MDX, Enclave, and XC90 were designed with 3-rows in mind, meaning accessing the extra seats is much easier. More than that, most offer more space, better gas mileage and lower cost. With that in mind, only loyal Lexus lovers should consider the RX 350L.

BRYAN This is going to be my son jacobs

Rear Window Went Down By Itself While Driving

Left rear window lowered itself while I was driving. Driver seat window controls would not work at all. After parking, raised and lowered rear windows with their individual controls and now system...

64 views with 2 answers (last answer about a year ago)

I have a 2019 RX350 (selection for 2019 was not available, below) and it has hesitated from the day I brought it home. You press the accelerator and it either hesitates, or it bucks forward, backs o...

All of a sudden the car doors lock only by the fob. All 4 door handles stopped working for touch lock feature. Unlocking isn't a problem with fob or handle. Car is only 4 months old.