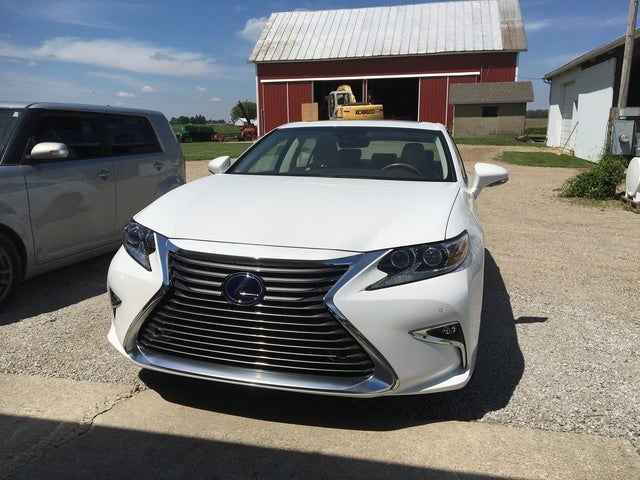 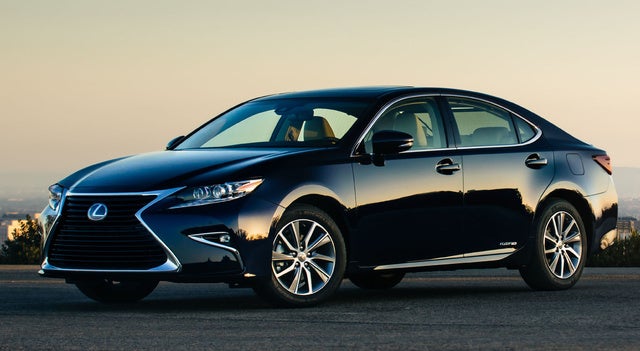 The Lexus ES has been the company’s sensible midsize luxury sedan for years, and in 2013, the automaker introduced the hybrid version called the ES 300h. Still built on the Toyota Camry platform, the ES 300h uses a 4-cylinder gasoline engine in conjunction with Toyota’s 2-motor electric hybrid system instead of the aspirated 6-cylinder featured in the ES 350. Starting at less than $42,000, the ES 300h is also only a few thousand dollars more than the ES 350, while the savings it offers on fuel are substantial. Changes for the 2018 model year are minimal; The mid-range Premium model is now known as the Premier, the range-topping version is still called the Ultra Luxury model.

Non-hybrid ES models come with a pretty conventional 6-cylinder engine, but the ES 300h uses Toyota’s 2-motor hybrid system that backs up a 2.5-liter 4-cylinder gasoline engine. The total system output is only 200 horsepower, but the car’s main electric motor provides the instant torque from a standstill that only an electric powertrain can provide particularly useful in heavy traffic situations. The driver can also select the energy-efficient pure EV mode which is only usable at low speeds with light taps on the gas pedal, making it ideal in traffic.

The hybrid version’s main appeal, though, is its limited fuel consumption, and the Lexus gets an impressive 40 mpg city, 39 highway, 40 combined. Particularly for around-town driving, that is far better than the 21 mpg that the ES 350 gets in the city. And, since the base price for the ES 300h is only about $3,000 more than the ES 350, drivers with long commutes may feel a strong pull toward the hybrid given a choice between the two. As for driving dynamics, no Lexus ES has ever really been considered sporty, and the ES 300h is even less athletic thanks to the extra weight of its hybrid powertrain, but in general, the current generation ES has been praised for having well-weighted power steering.

As is so often the case when designing a hybrid version of an existing model, the ES 300h sacrifices some interior space to accommodate electric motors and battery packs, but supposedly this is limited to the trunk. The ES 300h has ample room for five adults in the cabin thanks to a long wheelbase. The fit and finish of the interior are up to the high standards that Lexus has established for itself and extra features come at a reasonable price. All ES models come standard with synthetic leather upholstery, 8-inch infotainment display, dual-zone automatic climate control, and moonroof.

The ES 300h offers a lot when it comes to safety, now that the Lexus Safety System+ package comes standard. It includes adaptive cruise control, forward collision warning with automatic emergency braking, active lane control, and intelligent high-beam headlights. Buyers can also opt for blind-spot monitors and parking assist. Another complementary feature, at least for the first decade of ownership, is the Lexus Safety Connect subscription, which features roadside assistance with automatic notification in the event of an accident and locator service if the car gets stolen.

We go away for 6 months. Can we leave our NX 300 hybrid in garage for that length of time without causing any major problems?