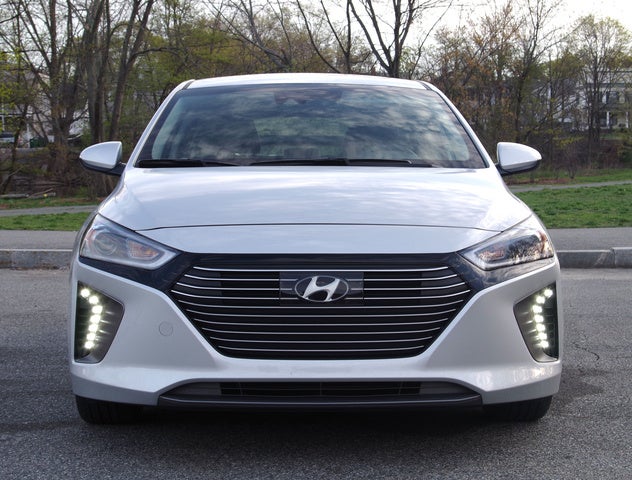 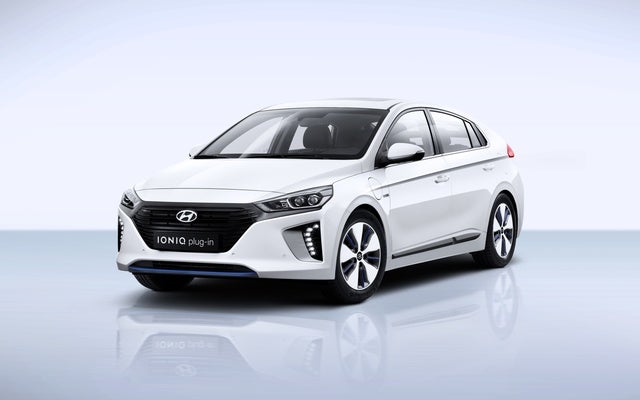 Described as an "important milestone" by Hyundai when it debuted in 2017, the Ioniq Hybrid compact hatchback represented a number of firsts for the automaker. It sat on an all-new dedicated hybrid platform, and it was touted as the world's first fuel-efficient vehicle to offer buyers three distinct powertrains, including hybrid, plug-in hybrid, and electric versions. With its stylish yet conservative exterior design, stellar mileage numbers, and affordable pricing, it gave buyers an alternative to futuristic-looking hybrids like the Toyota Prius. Despite the limited availability of battery packs in its first year, resulting in a slow rollout in the U.S., it achieved the automaker's goal of establishing a foothold in a market segment expected to experience continued growth as more buyers shift from gas to hybrid and electric vehicles in the coming years.

For 2018, Hyundai makes only a few minor updates to the Ioniq Hybrid as it focuses its efforts on the new Ioniq Plug-in Hybrid, which arrives a year after the Hybrid and Electric versions, completing the trio. (Both the Ioniq Plug-in Hybrid and the Ioniq Electric are covered in separate reviews.) The automaker again offers the Ioniq Hybrid in base Blue, mid-level SEL, and top-level Limited trims for 2018. The SEL and Limited trims get new optional paddle shifters, and Hyundai adds a new lane-keep assist safety function to the optional Tech Package for the SEL and the Ultimate Package for the Limited. In addition, a new red exterior color joins existing color choices like Electric Blue Metallic and Symphony Air Silver.

At first glance, you'll have a difficult time telling the Ioniq Hybrid apart from a typical compact sedan, and that's sort of the point. Its sleek, aerodynamic exterior design is not as distinct as the Pruis's nor as sculpted as some competitive compacts and hatchbacks. Instead, it's fluid and functional, resulting in a class-leading drag coefficient of just 0.24. The use of aluminum in the hood and tailgate keeps the weight down, and the sloping hatchback roofline creates an attractive profile, although it also reduces headroom for rear-seat passengers.

Up front, the deep hexagonal grille includes active grille shutters as a standard feature to help improve aerodynamics. Narrow automatic headlights and daytime running lights, as well as an integrated spoiler in the rear, also come standard. The SEL and Limited trims add LED daytime running lights, LED taillights, upgraded windshield wipers, and heated side mirrors with turn signal indicators, while the Limited also receives HID headlights. The base Blue and SEL trims continue to ride on 15-inch wheels, while the Limited gets 17-inch wheels.

The Ioniq's light weight and aerodynamic shape, along with its hybrid powerplant, help it achieve up to 59 mpg on the highway. The hybrid powerplant consists of a 1.6-liter Atkinson-cycle 4-cylinder gas engine and a 32kW electric motor, as well as 1.6kWh lithium-ion polymer battery pack located under the rear seat. The gas engine produces 104 hp and 109 lb-ft of torque, while the electric motor generates 43 hp and 125 lb-ft of torque, for a combined output of 139 hp. Rather than the typical continuously variable transmission (CVT) found in most hybrid vehicles, the Ioniq gets a 6-speed EcoShift dual-clutch transmission with Shiftonic. Fuel economy numbers for the Ioniq Hybrid depend on the trim, with the Blue achieving 57 mpg city/59 highway/58 combined. The SEL and Limited trims check in at 55/54/55. Those numbers are slightly better than the Prius One's 54/50/52, though the Prius Two Eco gets up to 58 mpg.

The Ioniq Hybrid can travel up to 27 miles at speeds of up to 75 mph on electric power alone, so it's possible for owners to run errands or drop off the kids at school without using a single drop of gas. The gas engine kicks in under heavy acceleration, when climbing hills, or in other driving situations requiring additional power. With both the gas engine and electric motor working together, the Ioniq has a total range of 650 miles on a tank of gas. Like most hybrids, the Ioniq delivers moderate acceleration and performance in electric Eco mode, but a Sport driving mode makes adjustments to the steering and transmission for improved handling and performance.

The hybrid powerplant sends power to the front wheels. Power-assisted steering comes standard, along with regenerative brakes designed for quiet operation. Reviewers give the Ioniq good marks for its ride and handling, and say it's an easy car to drive around town and on the highway. Hyundai notes that positioning the battery pack beneath the rear seats helps ensure a low center of gravity, resulting in good balance and stability.

Like the exterior, the Iconiq's five-passenger cabin emphasizes function over flash, with an uncluttered design and intuitive controls and technology. Eco-friendly and lightweight materials provide a clean feel inside, and all trims come well-equipped with a number of high-end features. Even the base Blue trim gets a 7-inch touchscreen, satellite radio, dual-zone climate control, push-button start, illuminated vanity mirrors, and a rearview camera. The SEL adds a 10-way power-adjustable driver's seat, while the Limited trim comes equipped with leather upholstery and an upgraded sound system. Tech features include USB ports and support for Apple CarPlay and Android Auto apps, which the Prius does not offer. Owners can add optional features like navigation and wireless charging to the Limited trim.

To get advanced safety features like blind spot alert and rear cross-traffic alert, you'll have to opt for the SEL or Limited trims. Other safety features, like automatic emergency braking, lane departure warning, and smart cruise control, are available as options on the SEL and Limited. Electronic stability control, traction control, brake assist, and hill start assist are standard on all Iconiq trims. Given its recent introduction, the Ioniq has not yet been safety-rated by the NHTSA or IIHS.

Hyundai points out that the Ioniq is not intended as a Prius slayer, but it is a solid foundation to expand its future in hybrid and electric vehicles. The automaker believes that the Ioniq's stellar mileage numbers, aerodynamic exterior design, well-equipped interior, and affordable pricing will draw current owners of gas-fueled vehicles to this sleek, functional, economical alternative.

What's your take on the 2018 Hyundai Ioniq Hybrid?

Guru5ZVCK I test drove the fully loaded hybrid version it a couple time. Acceleration lagged. Great fuel economy and fold-down seat trunk space. The interior was well set up. Biggest concern, y 5'11" son had to tilt his head in order to fit in the back seat

Smuth0311 I recently leased the Ioniq Blue (base model) and have been more than pleasantly surprised. I've never owned a hybrid before and only considered this one because of the mileage and the fact that it doesn't look like a futuristic elaboration of a car. It looks reasonably normal. The ride is good, the comfort is better than expected, and there's a lot more room inside than one would think. I'm on the taller side of things, at a moderate 6'5" and can sit comfortably in the front, and even keep the front seat as if I were still sitting in it and fit comfortably in the back seat. I've heard others say headroom in the back is tight, but I can sit back there without any problems and have a little head room to spare. The Blue model claims 57/59, but so far I've been averaging around 54 mpg. The Apple Carplay is a great standard feature compared to other brands out there and I find the layout and ergonomics of the interior to be really nicely done. Informative, but not over-the-top designed. The duel clutch transmission is waaaayy nicer than the other hybrids out there with the CVT transmissions, making it feel like a normal car. My only two complaints are; (1) the design of the back of the car. It looks a little "magoo" or odd, and the split rear window does hinder the rear sight line, and (2) the horrible wheel covers that come standard with the Blue model. Ugly to say the least. I removed them to find black, polished five spoke rims (not steel wheels) hidden under the covers, so I'm rolling with those now. But the wheel choices could be better. Otherwise... I'm a fan so far. The Prius styling it too quirky and Jetsons-like for my liking - or consideration.

Have you driven a 2018 Hyundai Ioniq Hybrid?
Rank This Car

How Do You Make Song Title Information Marquee On The 2018 Hyundai Ioniq? I...

How do you make song title information marquee on the 2018 Hyundai Ioniq? It seems to be very random and spotty.