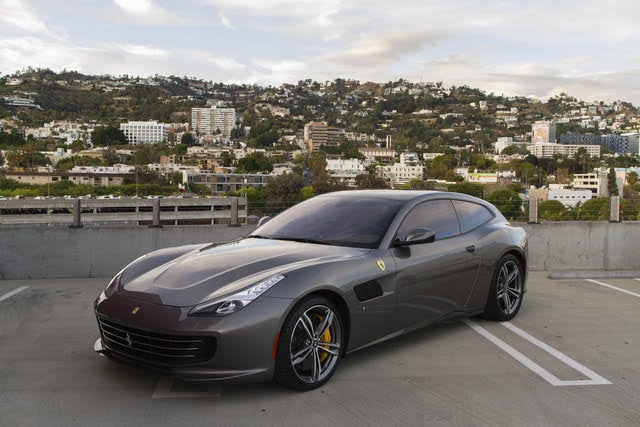 At the beginning of the decade, Ferrari took a big leap with a model called the FF, which was a four-seater Ferrari with a hatchback rear and a highly advanced all-wheel drive system. This major departure from the GT and supercar manufacturer’s signature style didn’t get the warmest reception thanks to the FF’s somewhat funky styling, but Ferrari thoroughly updated and facelifted the concept in 2016, dubbing it the GTC4Lusso. This year, the company is adding to its GTC4Lusso lineup with the T model, which ditches the standard car’s all-wheel drive system and big, naturally aspirated V-12 for more conventional rear-wheel drive and the smaller twin-turbo V-8 of the upcoming Portofino model.

With that update and given that the GTC4Lusso only came out in 2016, the car goes into 2018 essentially the same, which isn’t too surprising since low-volume, high-priced cars don’t require a refresh quite as often as economy vehicles. The GTC4Lusso starts at a little over $300,000 - about 40 grand more than the new “T” model. However, the V-12 car offers more power, more speed, and the convenience of all-wheel drive.

Powering the GTC4Lusso is the massive 6.3-liter V-12 similar to the one found in other recent Ferrari models, and it is coupled to the usual 7-speed paddle-shifted dual-clutch automatic. In the GTC4Lusso, the engine produces 680 horsepower and 514 lb-ft of torque. That’s nearly 80hp more than the new V-8 model, but the torque figure remains the same. The 0-60 sprint, meanwhile, comes in 3.4 seconds compared to the V-8’s 3.5, and its top speed is 208 miles per hour compared to the V-8’s 199. As a heavy car with a massive 12-cylinder engine and all-wheel drive, the GTC4Lusso is predictably thirsty at 12 mpg city/17 highway/13 combined. The new GTC4Lusso T is more frugal, but it still only manages 17 mpg combined.

The GTC4Lusso weighs over two tons, but in true Ferrari fashion, it’s reportedly surprisingly light on its feet. Aside from its hatchback body style, another feature that makes the GTC4Lusso unique among the Ferrari lineup is its all-wheel drive. While most all-wheel drive cars use a transfer case, Ferrari puts power to the wheels directly from either side of the V-12. The front wheels essentially have their own two-speed transmission that takes power from the front of the engine while the driver operates the rear wheels conventionally. The V-12 engine only puts power to the front wheels below fourth gear, or 80 mph, so at higher speeds, it becomes a rear-wheel drive car. The GTC4Lusso also has four-wheel steering, Ferrari’s Slip Slide Control system, magnetorheological dampers, and carbon ceramic brakes.

Inside is the familiar mix of leather, carbon, and aluminum that makes Ferrari cockpits look so great, and in the middle of the dash lies a 10.3-inch infotainment screen along with an optional 8.8-inch screen for the front passenger. The rear seats are roomy enough for adults on a short trip, and they fold down to give 28.3 cubic feet of cargo space. The GTC4Lusso lacks many safety features that come standard even on budget cars, but visibility is at least reportedly quite good for a car in this class. The new V-8 model broadens the GTC4Lusso’s appeal quite a bit and comes at a more affordable price, but the original V-12 model has the last word in performance.

What's your take on the 2018 Ferrari GTC4Lusso?

Have you driven a 2018 Ferrari GTC4Lusso?
Rank This Car