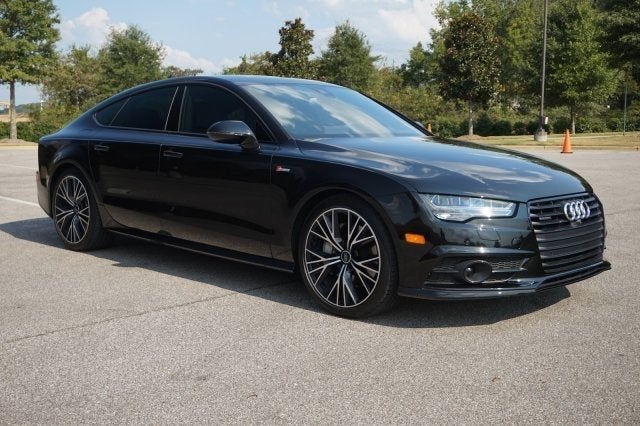 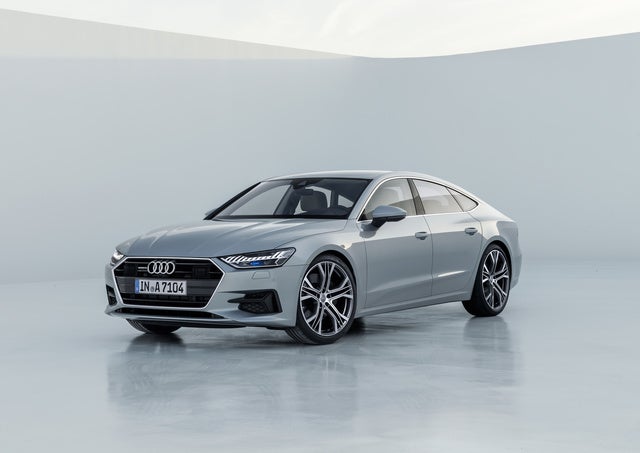 Audi built its reputation by not messing with success. A perfect example of this is the A7 Sportback. Since its U.S. launch in 2012, the A7 has become a star in the lineup thanks to its gorgeous styling and impressive practicality. Because of this, Audi hasn’t made any significant changes since it first released the A7, and 2018 is much the same. The only change of note deals with the engine.

Last year, Audi introduced a competition package that bumped horsepower from the 3.0-liter supercharged V6 from 333 to 340. For 2018, Audi makes the power increase standard on all A7 trims. Torque remains a healthy 325 pound-feet. An 8-speed automatic sends power to all four wheels via Audi’s quattro all-wheel drive (AWD) system. This V6, loved by many reviewers, provides potent acceleration and generates more than enough power to merge onto a freeway. The 8-speed automatic is a perfect partner to the V6 with quick response and smooth shifts. Fuel economy is quite impressive for the class, with EPA figures of 20 mpg city, 29 highway, 23 combined.

On a winding road, the A7 is surprisingly capable, as it provides little body roll and tenacious grip from the quattro AWD system. Reviewers are split when it comes to the A7’s steering. Some say it feels numb, while others note that it has the right amount of weight. One area most reviewers agree on is the A7’s ride. No matter the road surface, the A7 provides a smooth and quiet experience.

The A7 stands out from other four-door coupes like the BMW 6 Series Gran Coupe and Mercedes-Benz CLS-Class due to its Sportback shape. The sloping roofline extends all the way to the back to give the A7 a distinctive look. In the front is a large hexagonal grille and LED headlights. The competition package amps up the sporty look with gloss black trim pieces, red brake calipers, and 20-inch wheels with a titanium finish. Those wanting their A7 to stand out even more will need to step up to either the S7 or RS 7, but these are covered as separate models.

Audi is known for building interiors that feature rich, high-quality materials. The 2018 A7 is no exception, as the interior is very elegant with a thoughtful design and superb materials, such as real wood and leather upholstery. Most controls are within easy reach for both driver and passenger. The outliers to this are the climate-control knobs, which are mounted too low in the center stack.

The front seats feature 8-way power adjustments and heat. Ventilation, massaging, and seat memory are available as options. Those sitting in the back will like the amount of legroom on offer, but headroom is a different story, as the Sportback shape eats into this space. The sloping roof also makes it slightly harder to get in and out. Cargo space is impressive for the class, with 24.5 cubic feet behind the rear seats thanks to the Sportback design.

The one area where the A7 shows its age is in its technological features. It still uses the older Audi Multi Media Interface (MMI) system with an 8-inch screen that rises from the dash when you start the vehicle. The system is easy to work thanks to a logical menu layout and simple controls, such as a knob and touchpad. MMI does fall short when pitted against competitors, as it lacks the brighter, crisper screens luxury automakers are beginning to put into their models. Audi offers Apple CarPlay and Android Auto along with 4G LTE with Wi-Fi connectivity.

Standard safety features for the 2018 Audi A7 include airbags, antilock brakes, traction and stability control, blind-spot monitoring, front and rear parking sensors, a reversing camera, and Audi pre sense, which pre-tightens the seatbelts and closes the windows if a potential crash is detected.

Disappointingly, side airbags for the rear seats are a standalone option. A Driver Assistance package that brings adaptive cruise control, lane-keep assist, automatic high b
beams, and Audi pre sense plus (which builds upon Basic by adding automatic emergency braking) is optional.

Users ranked 2018 Audi A7 against other cars which they drove/owned. Each ranking was based on 9 categories. Here is the summary of top rankings.