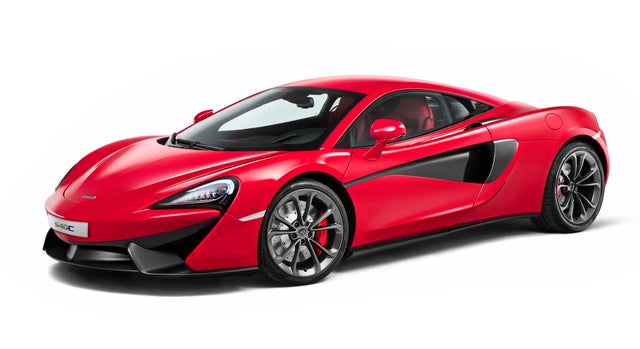 Looking for a Used 540C in your area?

CarGurus has 1 nationwide 540C listings and the tools to find you a great deal.

Shortly after debuting its new Sports Series of automobiles with the 570S, McLaren introduced a second, even cheaper version of its entry-level model earlier this year in Shanghai called the 540C (540 for horsepower, C for “Club”). To be offered globally, the 540C will be the new entry-level McLaren and an integral part of McLaren’s ongoing drive to be a volume supercar manufacturer. The changes are coming at a remarkably quick pace for McLaren, as this is the fourth model introduced by the British manufacturer this year. The 540C is heavily based on the 570S, and in fact it can be looked at more as a detuned cheaper version of the 570S than as a separate model. It will compete in the marketplace with established German cars like the Audi R8, Mercedes-Benz AMG GT, and Porsche 911 Turbo, and is designed to be a usable-every-day supercar rather than just a weekend driver and occasional track-day toy. Price will be somewhere in the neighborhood of $160,000, $25,000 less than the 570S.

The 540C shares the 570S’s 3.8-liter twin-turbo V8, which is the same basic unit used in the more expensive 650S and the flagship P1, but it has been detuned to 533 hp and 398 lb-ft of torque compared to the 570S’s 562 hp and 443 lb-ft. The transmission is the same as well, a 7-speed dual-clutch unit operated by paddle shifters. As you’d expect, performance lags behind the 570S's slightly, but it’s still nothing at all to scoff at and compares favorably with other cars in its class. Zero to 60 comes in 3.5 seconds, and top speed is 199 mph. Compare this to the 3.2 seconds and 204 mph of the 570S. That means an extra 30 hp and 5 mph in top speed has a price tag of $25,000, because the cars are essentially the same other than a different front diffuser. That’s not a crazy difference when you’re paying over $150,000 for a car, but it is noticeable.

The only other key difference between the two models is that the 540C has good old-fashioned steel brakes instead of the carbon ceramics on the 570S. Suspension is the same, though, with dual wishbones and three settings for the independent adaptive dampers that include Normal, Sport, and Track. These are set up to be slightly more oriented toward daily driving in the 540C. The car is also equipped with McLaren’s “Brake Steer” technology, which applies the brake on the inside rear wheel in the middle of a corner to get the car around it more quickly.

The interior is familiar territory yet again, with leather and carbon fiber trim and an available premium audio system. McLaren’s IRIS touchscreen infotainment system, love it or hate it, is also part of the package, and luggage capacity is said to be surprisingly ample and superior to other cars in the 540C’s class.

The 540C presents an interesting dilemma for McLaren buyers. It's close enough in performance and in look to the 570S that the $25,000 in savings might be tempting, and for most of the people buying these cars, 533 hp is more than enough. The McLaren name also has a certain ring to it that Porsche, Audi, and Mercedes don’t. The buzz over a McLaren road car is still left over from the F1 of two decades ago, plus a few Formula One World Championships, but if enough cars like this appeal to well-heeled buyers, cars with a McLaren badge will be a much more common sight on our roads and in our car-show parking lots.

Looking for a Used 540C in your area?

CarGurus has 1 nationwide 540C listings and the tools to find you a great deal.