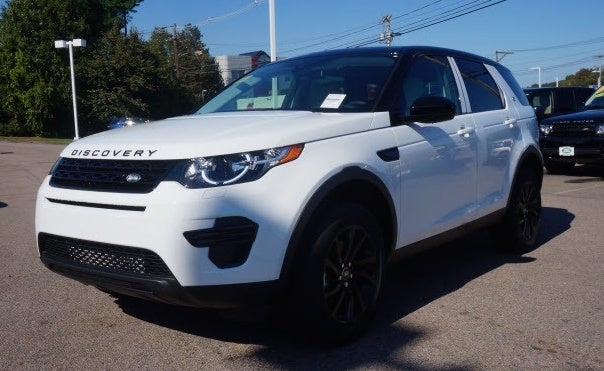 Looking for a Used Discovery Sport in your area? 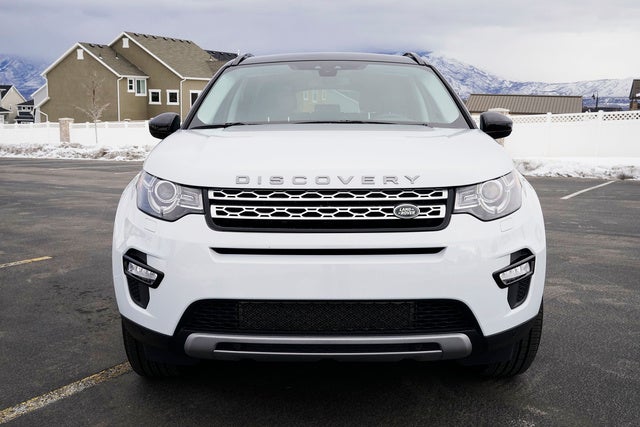 For 2016, Land Rover continues with the all-new Discovery Sport that it introduced in 2015. This new vehicle seems to have many of the great attributes one would expect from the Land Rover and Range Rover lineups, but with a price tag that isn’t a punch line. The Discovery Sport is to be the first of a new line of premium Land Rover vehicles built for versatility rather than ultra-luxury and style. In other words, Land Rover is trying to reach down into the fat part of the market where more of us live.

The new 2016 Discovery Sport is about the size of the segment leader in sales, the Audi Q5--although a couple of inches shorter and almost half a foot wider. The vehicle has a distinctly Land Rover look from the side, bringing the Ford Explorer to mind as well. The rear quarter of the vehicle, viewed from either the side or from the rear, looks like the Range Rover Evoque, which is a high compliment: Land Rover is evidently trying to pull elements of the gorgeous Evoque for its models across the board. Up front, the smooth curved grille and aerodynamic styling is appealing and most definitely in keeping with the family resemblance. The 2016 Land Rover Discovery Sport will likely be one of the more attractive vehicles in a segment defined by the conservative Q5 and the slightly smaller, if more stylish, Lexus RX 200t.

The added width will be welcomed by most, but will also mean some trouble parking in narrow spots. Interestingly, the Discovery Sport is not trying to “out-small” the entrenched segment leaders, and will even offer a compact third row of seats for short trips with the kids. This configuration was always the sensible option, but, sadly, most manufacturers now only offer either five seats or a full third-row. The “five-plus-two” is going to be a huge hit with families who only need the two extra seats for occasional carpooling around town.

The 2016 Discovery Sport's drivetrain sounds like exactly what the Range Rover Evoque has had for some time, which is further good news. The Ford-designed, Rover-built 2.0-liter four-cylinder turbo that produces about 240 hp will be coupled to a ZF-sourced nine-speed automatic transmission. We have previously driven this engine in the Ford Escape and Range Rover Evoque and found it up to the task--every other segment vehicle uses a similar setup. The EPA’s official estimate for the vehicle, which has standard all-wheel drive, is 20 mpg city/26 highway/22 combined, trailing the Lexus NX 200t by 2 mpg combined, and the Audi Q5 by 1 mpg. Our guess is that every family in America would be willing to make that trade to get the extra space and third-row jump seats. For those childless singles or couples that are looking for a more sporty compact ride, the Evoque will be the better choice.

Inside, the 2016 Discovery Sport offers the clean, uncluttered dash now characteristic of a Land Rover. The large glass roof adds natural light. Seating and trim are customizable, and seat leather comes in various colors and unique textures. Overall, there are three trim levels. The entry-level SE will start at about $39,000 and includes leather seating. Add third-row seating, heated seats, and navigation and the price rises to about $43,000. The HSE trim adds a panoramic roof, Xenon headlights, foglamps, passive entry, and a power tailgate, and starts at about $43,000. Adding in climate controlled seats, forward collision prevention, and third-row seating bumps the price to about $47,000. Finally, the HSE Luxury starts at about $47,000 and includes navigation. Adding a third-row seat, climate-controlled seats and FCP boosts prices to about $51,000.

The current generation Discovery Sport has not been rated by IIHS. However, given its size and the available forward-collision prevention and autonomous braking, it seems fair to say the Discovery Sport promises to be competitive where safety is concerned.

Those looking for a premium crossover with an optional third-row jump seat, a name that epitomizes off-road prowess and luxury, and a look they won’t see in every parking spot at the local Starbucks would do well to give the 2016 Land Rover Discovery Sport a closer look.

What's your take on the 2016 Land Rover Discovery Sport?

Have you driven a 2016 Land Rover Discovery Sport?
Rank This Car

Looking for a Used Discovery Sport in your area?

Is The Land Rover An Expensive Up Keep? I'm Looking At The Discovery And Tr...

Has Anyone Experienced Problems With Power Front Seats On A 2016 Land Rover...

Has anyone experienced problems with power front seats on a 2016 Land Rover Discovery Sport?