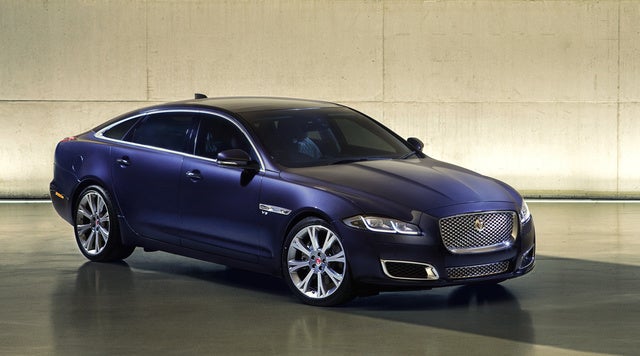 Average user score
5 ⁄ 5 stars
Based on 5 reviews
Review by GuruW394J — Have on jaguars in Paris and a like this one I like the blue like the interior of a nice car parts could be a lover better but all in all so beautiful vehicle Read more
Review by Brian — Smooth, powerful. Nice to drive on long trips. Highly recommend. Read more 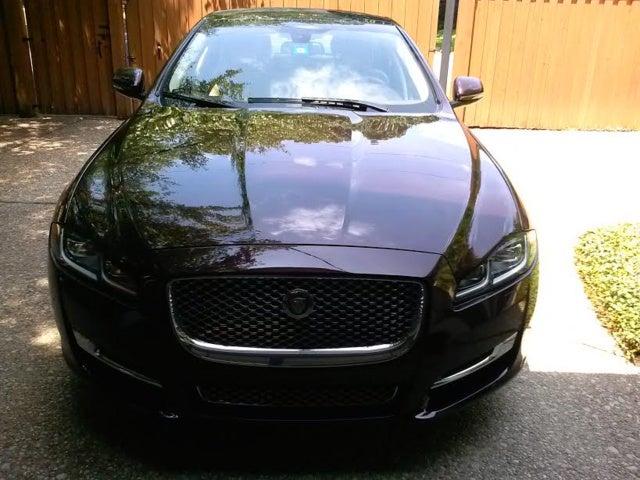 Though Jaguar would have us think that the comparatively low sales figures for its flagship XJ Series sedan indicate a certain exclusivity, the fact is that this high-end 4-door is simply not quite up to its Euro-oriented competition. That being said, the 2016 XJ Series does pack a few upgrades, and it retains the subtle interior elegance, potent powerplants, and distinctive looks reminiscent of its legendary XKE precursor.

The XJ is expected to return for the upcoming year in 6 essential trims, and in both the short-wheelbase (SWB) XJ and long-wheelbase (LWB) XJL editions. SWB trims sport a 119.4-inch (10 feet) wheelbase and 201.9 inches (16.8 feet) of overall length. The LWB iterations are built on a 124.3-inch (10.4 foot) wheelbase and measure 206.8 (17.2 feet) from the front bumper to the rear bumper. Rear legroom remains this stretched Jag’s claim to fame.

Trim choices start with the XJ Base, then move to the up-featured Portfolio (XJ and XJL) and the grunt-laden Supercharged (XJ and XJL). The Base and Portfolio editions come with standard rear-wheel drive (RWD) and will again be eligible for an optional full-time all-wheel drive (AWD) configuration that ought to be handy for those living up north. An even sportier XJR edition is covered in a separate preview.

Improvements to the 2016 XJ Series for 2016 include a larger mesh grille, LED headlights and taillights, reworked running lights, and oval exhaust pipes. Also new is Jaguar’s InControl Touch Pro infotainment system, featuring an upgraded 8-inch touchscreen display, smartphone (Android) connectivity, and an available WiFi hotspot. An 825-watt, 17-speaker premium audio system is newly standard in all versions of the XJ Series, while the Supercharged trims are now eligible for an optional 1300-watt audio system that boasts 25 speakers. The LWB editions debut standard quilted seats and can now be outfitted with a new rear-seat DVD entertainment system that uses dual 10.2-inch screens flush-mounted into the front seatbacks. A new R-Sport sub-trim is also offered in order to enhance the XJ Series' sporty character.

The base powertrain for the 2016 XJ Series, in both RWD and AWD configuration, is a base supercharged 3.0-liter Flex-Fuel (FFV) V6 engine mated with a standard 8-speed shiftable automatic transmission. Look for 340 hp and 332 lb-ft of torque from this heady drivetrain, with mileage estimates returning at 18 mpg city/27 highway/21 combined in RWD variants, and 16/24/19 with AWD. The XJ Supercharged is powered by a 5.0-liter supercharged FFV V8 engine, also managed by the 8-speed shiftable automatic for 470 hp and 424 lb-ft of torque and mileage estimates of 15/23/18.

The 2016 XJ and XJL Portfolio add upgraded cabin accents and 4-zone automatic climate to the Base trim’s features, while the Supercharged edition throws in 20-inch alloy wheels and a 20-speaker Meridian Surround Sound audio system.

Options for the 2016 XJ Series include the Sport and Speed package with an upgraded supercharged V8 good for 174 mph, a rear spoiler, sport front seats, upgraded 20-inch wheels, and aluminum pedals. An Illumination package adds some classy interior lighting, and an available massaging front seat might alleviate some of the stress from a long day at the office.

Reviewers make much of the fact that Jaguar lags behind the competition in safety technology such as lane-departure alerts or blind-spot monitoring. Government crash-test data is unavailable for the XJ Series after the 2011 model year, and the Insurance Institute for Highway Safety (IIHS) has no crash-test information for any Jaguar manufactured after 2008.

Look for the luxurious 2016 XJ Series to go on sale in November of this year, when it will again challenge the likes of Audi’s well-wrought A8, BMW’s reworked 7 Series, and Mercedes-Benz’s popular, though pricy, S-Class.

Amir Beautiful vehicles just not quite sure of the reliability factor.

Users ranked 2016 Jaguar XJ-Series against other cars which they drove/owned. Each ranking was based on 9 categories. Here is the summary of top rankings.

Have you driven a 2016 Jaguar XJ-Series?
Rank This Car

What Is Your Shipping Price To Colorado Springs, CO