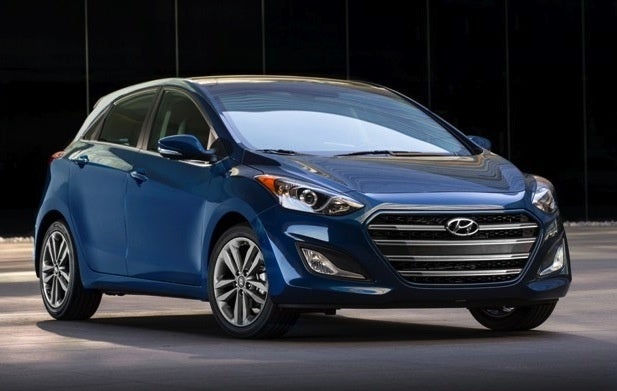 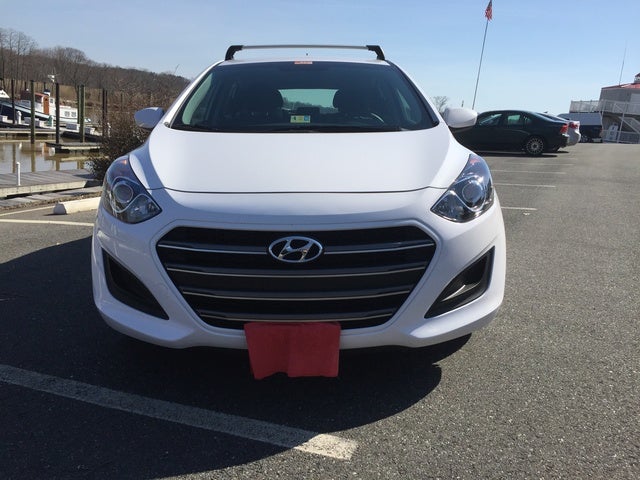 So you like the look and the feel of Hyundai’s Elantra sedan and its coupe sibling, but you need a lot more cargo grunt than the one, and a few more doors than the other. Well, check out the 2016 Elantra GT 5-door compact hatchback, which is due in dealer showrooms in the early spring of this year. This 5-passenger compact commuter scooter and mall-hopping maven packs 51 cubic feet of toting space with the rear seatbacks folded, and the rear doors require fewer contortions to get in and out. Not only that, but this pint-size Hyundai offers traditionally spiffy looks complemented by a few tweaks for the upcoming model year, including an up-sized and sharpened grille, a marginally lower roofline, and available LED taillights. Furthermore, for 2016, Hyundai adds its Blue Link infotainment system, along with Apple’s Siri voice-activation function into the upcoming list of options in the Elantra GT, as well as available ventilated front seats.

As you may have noted, there remains a single Base trim scheduled for the upcoming year, and said trim is offered only with front-wheel drive (FWD). Additionally, a sole engine choice, the steady-as-she-goes 2.0-liter inline 4-cylinder mill, returns in this heady hatchback. However, this competent, if not exactly neck-snapping powerplant comes managed by a standard 6-speed manual transmission to the tune of 173 hp and 154 lb-ft of torque. And for those who want a bit less intensity on their morning commute, a 6-speed shiftable automatic transmission again returns as an option. Mileage estimates, meantime, run 24 mpg city/34 highway/28 combined for stick-shift-toting versions, while the automatic is rated at 24/33/27. Oh, and 3 selectable driving modes—Normal, Comfort, and Sport—also return to interact with the electric power-steering setup, though some reviewers note that this system does little to improve steering feedback or to mitigate the historically hefty torque steer on hard acceleration.

Appearance-wise, 16-inch alloy wheels and a rear spoiler return to complement the upgraded grille and taillights, while inside, there are no significant changes to the standard premium cloth upholstery, heated front seats, full power accessories, and manual air conditioning. Of course, cruise control and telescoping tilt-wheel steering also return in the 2016 Elantra GT, as do perks like a standard cooled glove box, Bluetooth hands-free calling, and a single-CD player boasting 6 speakers, satellite radio, and a USB port.

Options, meanwhile, include the M/T Style package, featuring, besides the new-for-2016 Blue Link infotainment functions and Siri telematics upgrade, a sport-tuned suspension, leather upholstery, aluminum pedals, and a power-adjustable driver’s seat. The available Tech Package for A/T, boasting a power sunroof, a rear-view camera, and GPS navigation with 7-inch display can be ordered for the automatic-transmission-equipped Elantra GT for 2016, as well, along with the new Blue Link/Siri technology. Standalone options, meanwhile, remain a roof rack with cross bars and remote engine start.

Owners of the current Elantra GT, finally, are impressed with this value-laden hatchback’s balance of a touring-style ride and better-than-competent handling, as well as its admirable fuel efficiency. Reviewers caution, however, that potential owners of the 2016 GT might end up a bit leery of the yet-to-be-perfected Blue Link infotainment upgrade.

What's your take on the 2016 Hyundai Elantra GT?

Michael G. I am a DJ, photographer, and videographer so I do a lot of road trips photographing concerts, festivals, and doing weddings. After 2 consecutive compact hatchback rentals on long road trips I decided that it might be time to give up my prized PT Cruiser convertible and go with a hatchback primarily because of the ease of loading and unloading my gear. I did about a month of online researching, test drove several models, and decided that the Elantra GT with Hyundai's fabulous warranty was going to give me the most bang for my buck. I have always driven fast cars and I drive them hard. I don't speed (much) but I like having a car that easily gets out of its own way and when need be can rapidly accelerate out of dangerous driving situations. My GT has great pick up, handles very well, and even though the seats are too low it is nothing that a memory foam cushion couldn't fix. I love the cargo options and I've found that I can haul all my gear and have room for suit cases and bags without even having to put the rear seats down. All the buttons and dials seem to be right where I want them to be and I love all the controls on the steering wheel. The stereo is excellent for a stock stereo, 175 watts and 6 good sounding speakers is just right for me. The GT is a sharp looking quick little car and after owning mine for a month and driving about 2,000 miles I am very happy!

Users ranked 2016 Hyundai Elantra GT against other cars which they drove/owned. Each ranking was based on 9 categories. Here is the summary of top rankings.

Have you driven a 2016 Hyundai Elantra GT?
Rank This Car

Which Struts Do I Need?

Which struts do I need for my 2016 Hyundai Elantra GT GLS with 17 inch wheels?

Shipping Of A Vechile To A Designated Location

Can Cargurus ship a bought vechile from one country to another country.

Why does my gas tank have to vent when it gets over 100 degrees?I hate that smell and see the gas fumes outside the tank.dealership says its normal.

The light came on tonight while I was driving and it initially blinked and then stayed orange the entire way home. I cannot find it in the manual.