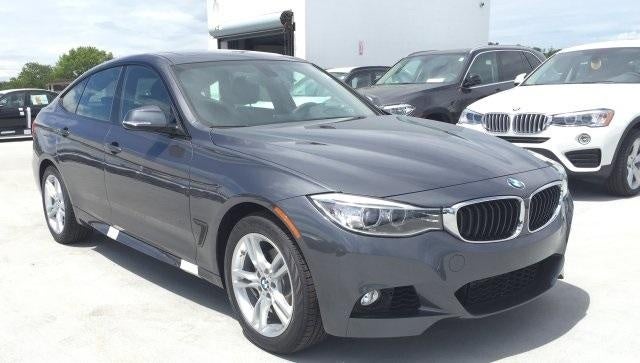 The 2016 BMW 3-Series Gran Turismo (GT) may see a few cosmetic and engine changes as it enters its third year of production. The hatch-back sports a few inches of extra room for rear-seat passengers and more cargo-carrying ability, and it keeps the interior quality 3-Series drivers expect, along with most of the driving experience.

The real advantage of the 2016 BMW 3-Series Gran Turismo is its space. Aside from an obviously different shape, the GT is about eight inches longer and a few inches taller than the basic 3-Series sedan, boosting the GT's trunk capacity to 25 cubic feet (the conventional 3-Series Sedan has only 13 cubic feet). Drop the Gran Turismo's rear seats down and you get a vehicle that can haul a lot of stuff on vacations, college move days, or even on the way back from the home improvement store. Of course, BMW’s 3-Series wagon can do all that the Gran Turismo can, and maybe a bit more--but BMW knows that most Americans won’t be caught dead in a wagon, even a European one. So it makes up with the GT.

We expect that the 3-Series Gran Turismo will receive small trim content changes for 2016, perhaps including a new engine. After all, the 3-Series sedans have already been announced with slight improvements to their power. But unlike the four engines available in the sedan line, the 2016 BMW 3-Series Gran Turismo will offer only two. The first is the mainstay of the BMW vehicle line: the 2.0-liter turbocharged four-cylinder, available in the 328i xDrive Gran Turismo, producing 240 hp and 255 lb-ft of torque from an incredibly low 1,250 RPM. A torque rating this high that comes so low in the rev-band makes the 328i GT feel almost like a diesel, and its eight-speed automatic transmission is well-suited to daily driving. All BMW 3-Series Gran Turismos come with all-wheel drive.

BMW claims the 328i GT can sprint from 0-60 MPH in just 6.1 seconds. Fuel economy for the 328i xDrive Gran Turismo is a very impressive 22 MPG city/34 MPG highway/26 combined with premium unleaded fuel; for a nearly 4,000-pound hatchback of this size and power, those numbers are pretty hard to match.

Past model years have also included the 335i xDrive Gran Turismo, and BMW has in fact already published the model code on the EPA’s website. This model has a turbocharged in-line six-cylinder engine that produces 301 hp and 300 ft-lb of torque at 1,300 RPM. The added power drops its 0-60 MPH time to 5.1 seconds--although an amusing typo on the BMW shopping page incorrectly lists this vehicle’s 0-60 time as 0.0. If only! Fuel economy does drop with the larger engine, but remains solid for such a heavy car at 20 MPG city/30 highway/23 combined with premium unleaded fuel.

The six-cylinder turbo engine is the aspect of the 3-Series Gran Turismo we think BMW might change, considering that it's already upgraded the engine on its sedan line. Called the “340i,” the newly tweaked engine results in 20 more hp (320 total) and better torque. We would not be surprised if the 335i GT morphs into the 340i GT as a mid-year 2016 change.

The 2016 BMW 328i xDrive Gran Turismo will start at about $43,000. Adding leather seating and a choice of any color except non-metallic black will cost around $2,000 more. Choosing heated seats, keyless entry, and a back-up camera will add $3,000 on top of that. And BMW’s Technology package, which includes navigation, will mean another $3,000 bump in price. Shoppers considering a four-cylinder mid-size BMW 3-Series GT with basic premium equipment should budget about $50K. Those seeking performance upgrades like adaptive suspension and active driver assistance should budget about $3K more.

The 2016 BMW 335i xDrive Gran Turismo is expected to start at about $52,000. Most of the same additions are still required for those seeking entry-level premium content, bringing the price to about $60K. Should BMW move to the new 340i engine, however, we would not expect prices to change much, if at all.

The 2016 BMW 3-Series Gran Turismo does offer active front collision prevention. But the GT body style has not been crash-tested by the Institute for Highway Safety due to its low sales volume and its similarity to the BMW 3-Series sedan. The sedan itself is not eligible for the top safety rating due to its 2015 score of Marginal on the small-frontal-overlap test.

BMW enthusiasts looking for a 3-Series with more interior room for passengers and significantly better cargo area should consider the 3-Series Gran Turismo...particularly if they are averse to buying a wagon.

LPCNYC I own a 2015 335GT xDrive with the M Performance Power kit. 335hp, 332ft/lbs. Its way quicker than 5.1 to 60. BMWs own M LapTimer app puts it at 4.3 seconds. Guess either I'm a better driver than the BMW driver or they sandbagged it. Also, the wagon does nothing better. Much smaller back seat. Less cargo space. 4 cylinder only. What a waste.

Have you driven a 2016 BMW 3 Series Gran Turismo?
Rank This Car

I was wondering about the life expectancy of the 2016 Gran Tourismo 328i and if it is prone to expensive repairs and maintenance.