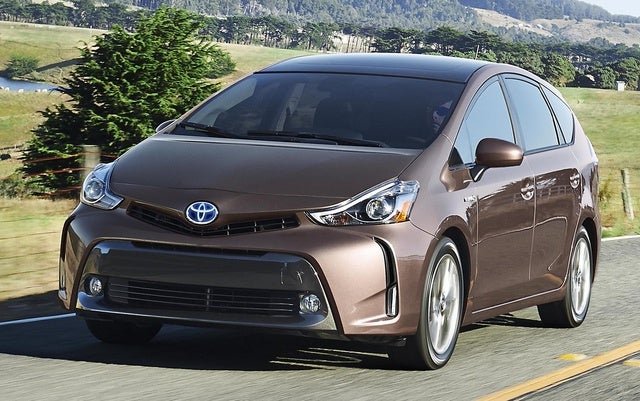 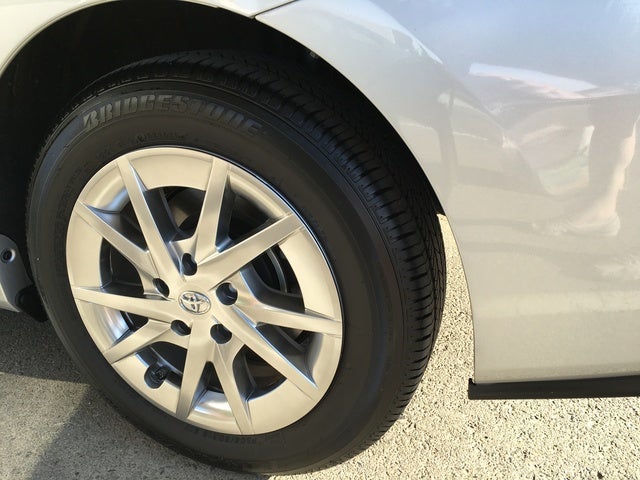 For 2015, Toyota’s Prius v hybrid wagon gets a new, more distinctive look, a brand new trim, and some added room in a cabin that’s both practical and appealing, with cargo-carrying capacity remaining an acceptable 67.3 cubic feet. Additionally, this 5-passenger 5-door gas/electric family car also gets some subtle tweaks to standard and available equipment.

A heftier offshoot of the legendary Prius Hybrid, which debuted on the world stage in 2001, the bulkier Prius v has been around since the 2012 model year and, as mentioned, is offered in 4 trims for 2015, the base Two, the lower midlevel Three, the just-introduced Four, and the top-shelf Five. A tweaked front fascia, meanwhile, complemented by new headlight and taillight designs gives this heftier hybrid a more athletic appearance and further distinguishes it from its traditional Prius Hatchback sibling.

Power for this year’s Prius v offerings remains a 1.8-liter hybrid inline 4-cylinder gasoline engine mated with a pair of 60-kilowatt electric motors, while the ubiquitous continuously variable transmission (CVT) again manages a total of 134 hp and 153 lb-ft of torque. The standard 201.6-volt sealed Nickel-Metal hydride battery is recharged via both regenerative braking and by the I4, while a quartet of selectable driving modes, including Normal, Power, Eco, and EV, allows drivers to adjust their cruise to terrain and traffic. As for the good stuff, the 2015 Prius v returns with EPA-estimated mileage numbers of 44 mpg city/40 highway, placing it among the fuel-efficiency leaders in its class.

Standard entertainment in the base Two trim is offered through a single-CD player boasting 6 speakers and a USB port, while higher trims add standard HD satellite radio to the list.

Options include remote engine start in all trims, while higher trims can be equipped with an available power-opening panoramic moonroof. Furthermore, the Prius v Five variant remains eligible for an Advanced Technology package that offers GPS navigation and a JBL premium audio system with 8 speakers and a 6.1-inch display.

Users ranked 2015 Toyota Prius v against other cars which they drove/owned. Each ranking was based on 9 categories. Here is the summary of top rankings.

Have you driven a 2015 Toyota Prius v?
Rank This Car

I've tried a few times to reach the seller with no response. Can you tell me if the car is no longer available?