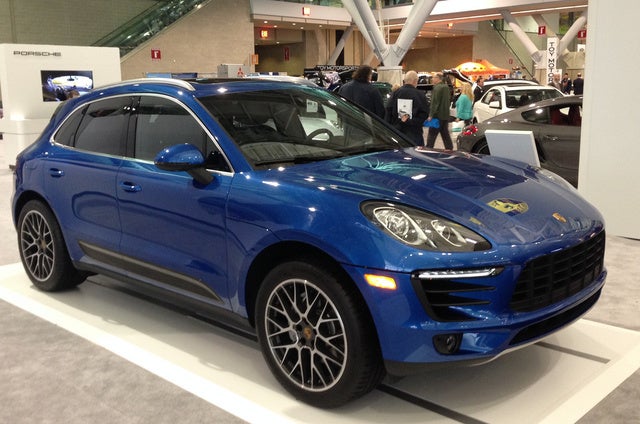 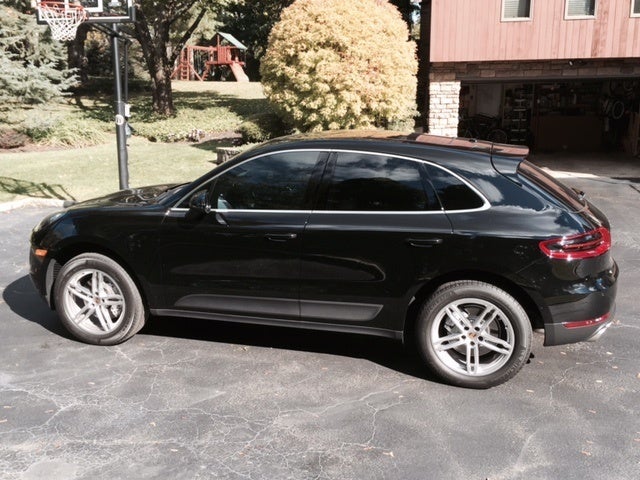 There are a few things Porsche wants to make clear about the new Macan. First, despite utilizing the same basic architecture, it’s not a gussied-up Audi Q5. Second, while it may offend long-time Porsche-philes, it’s going to help pay for all those special 911s that make their worlds go ‘round. Third, it’s more sports car than SUV.

Sadly, of these three important points, Porsche is having trouble convincing anyone of… any one. That's understandable, given how much of a gussied-up Q5 the Macan actually is, but Porsche’s argument comes in the the form of new Porsche-specific engines, a Porsche-specific transmission and a brake/suspension treatment that’s supposed to be a game-changer. The balance doesn’t add up the way Porsche’s crib sheets would insist, but it’s not a wholly baseless argument. Let’s start with the differences.

While the Macan shares a platform with the Q5—a situation that has the two vehicles utilizing the same floorplan, firewall, suspension architecture, rear brakes and power-steering unit—Porsche will vehemently insist that only 20% of the hardware is carryover. Indeed, the latter three on that list have all been augmented by Porsche for this application, but adjusting and replacing aren’t the same thing.

Case in point—take a look at the rear brakes of the Macan. Rather than 6-piston fixed Brembos, you’ll find a single-piston sliding caliper gripping an iron rotor. Want something more sporting? Get the carbon-ceramic brake upgrade, but unfortunately this means only that the single-piston caliper will be gripping a different rotor, even if it’s yellow now. Why such a departure for Porsche, who hasn’t used a sliding caliper since Reagan reigned? Turns out it's because they wanted to keep the electric parking brake and didn't want to engineer a new opposed-piston system that integrates the EPB, so they just used the system from the Q5. Lazy, Porsche. You're better than that.

What is new are the two twin-turbo, direct-injected, dry-sump V6 engines chosen to power this new compact SUV. The “base” Macan S gets a 90-degree 3.0-liter V6, a different beast than the 60-degree 3.0-liter V6 in the Q5, with its boorish supercharger. Here, forced induction delivers 340 hp and 339 lb-ft of torque, but if that’s not enough sport in your utility vehicle, a 3.6-liter version of that engine will net you 400 hp and 406 lb-ft of torque in the Macan Turbo.

For delivery, Porsche turned to the legendary 7-speed PDK transmission and Porsche Traction Management all-wheel-drive (AWD) systems. Both are stolen directly out of the Carrera 4, and the heavily rear-biased system offers an infinitely variable range of torque distribution split between front and rear axles, making adjustments every 100 milliseconds.

That’d be plenty of performance proof for the aluminum front 5-arm wishbone and rear self-tracking trapezoidal-link suspension setups, but for serious cementing of sport aspiration, Porsche offers its Active Suspension Management system with 3.5 inches of variable height at its 4 air corners, as well as Porsche Torque Vectoring Plus—both firsts for the segment.

We’d love to know what it all adds up to, but all we have are Porsche’s predictably conservative estimates at this point. For the Macan S, the sprint to 60 will take 5.2 seconds, while the Macan Turbo will do the same dance in 4.6 seconds. However, the optional Sport Chrono Package will eat 0.2 seconds off both times, mostly due to launch control. Even without the SPC these are class-leading numbers, and I suspect real-world testing will bear them out or better.

Top speeds are aerodynamically limited, despite a rather slick 0.36 drag coefficient, so don’t expect a chip to satiate your need for speed. The Macan S will top out at 156, while the Turbo will make it to 165.

Forget that those numbers would embarrass a 911 from not so long ago—this is a Porsche, and anything other than a 2-door, rear-engine sports car is Verboten! Forget that Porsche isn’t profitable (enough) under that model, trucks aren’t allowed! Of course, you’d also be forgetting that without models like this (and the best-selling Cayenne/Panamera combo) Porsche would have no money in the coffers for your 918s and the wide world of 911 Spyder 4S Turbo commemorative editions.

The real shame is that Porsche didn’t enter the SUV game with the Macan. Sure, the Cayenne is bigger and more capable off-road, but the numbers don’t lie: Some 90+% of SUV owners never leave the pavement. The Macan claims to be the better-handling of the pair, and it looks sexier, too. Is it a Q5 with some bells and whistles? Maybe. More specifically, it’s the car the Q5 should be. Instead, it’s a Porsche. Can’t see much to complain about there.

Users ranked 2015 Porsche Macan against other cars which they drove/owned. Each ranking was based on 9 categories. Here is the summary of top rankings.

Have you driven a 2015 Porsche Macan?
Rank This Car

Sounds Like Gravels Are Hitting The Bottom Of My 2015 Porshe Macan S.

While traveling my SUV it sounds like the are small gravels hitting the bottom of the car and it's on blacktop payment.

having issues with the car missing while giving it the gas

Where Can I Send A Porsche Macan Radio To Be Repaired?

Does anyone know of a place in the United States that can repair a radio on a 2015 Porsche Macan? I am starting to think we will have to replace the entire radio instead of just repairing it.

How Do I Attach A Carfax Report And Send To An Interested Party.

Where Is My Selling Page????

can't find my ad or how to edit it. Where do i find out if anyone is interested? I have had zero emails.