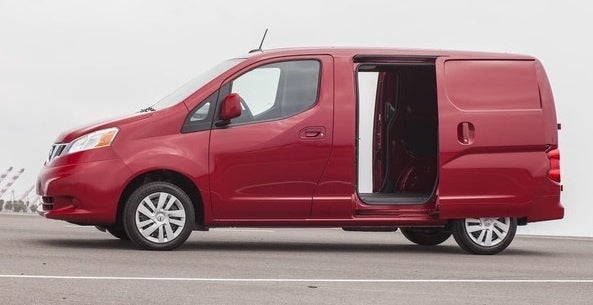 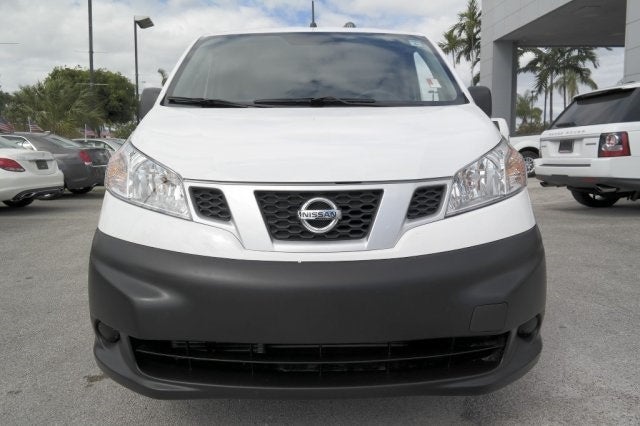 Trying to cash in on America’s newfound fondness for urban-oriented small cargo vans, Nissan originally introduced its NV200 for the 2013 model year. For 2015, this 2-seat compact cargo-carrying minivan successfully continues this venture in providing small business owners with an agile, inexpensive, and fuel-miserly alternative to the Ford Transits, Ram Cargo Vans and Mercedes-Benz Sprinters of the world.

Again available in 2 trims, the basic S and marginally up-featured SV, this pint-size van has been the recipient of a few subtle upgrades for the upcoming model year. For instance, a pair of new exterior colors, Cayenne Red and Graphite Blue, are now available, while rear parking sensors and a glass package for the side-mounted, sliding cargo doors also make their debut.

Of course, those standard sliding doors complement the also-standard rear barn doors that ease loading and unloading challenges. Cargo area to the seatbacks is an impressive 122.7 cubic feet, and payload capacity returns at 1,480 pounds.

Power-wise, don’t expect to beat anybody off the line at a green light. The just-peppy-enough 2.0-liter inline 4-cylinder engine pairs with a standard continuously variable transmission to produce 131 hp and 139 lb-ft of torque. All of this is to the tune of 24 mpg city/26 highway, with Nissan claiming that highway mileage bumped up by a single extra mpg over last year’s 24/25.

Facing facts, the 2015 NV200 is a work vehicle, thus bells and whistles are few and far between. The base S trim, for instance, gets only the essentials like 15-inch steel wheels, vinyl and cloth upholstery, a fold-flat passenger seat, power windows, and tilt-wheel steering. Standard air conditioning remains a traditional comfort offering, however, as does the 2-speaker AM/FM stereo.

Moving up to the SV, look for such additional standard goodies as remote keyless door locks, a trip computer, cruise control, and cargo tie-downs.

Users ranked 2015 Nissan NV200 against other cars which they drove/owned. Each ranking was based on 9 categories. Here is the summary of top rankings.

I Would Like To Sell My Nissan Van Through Cargurus