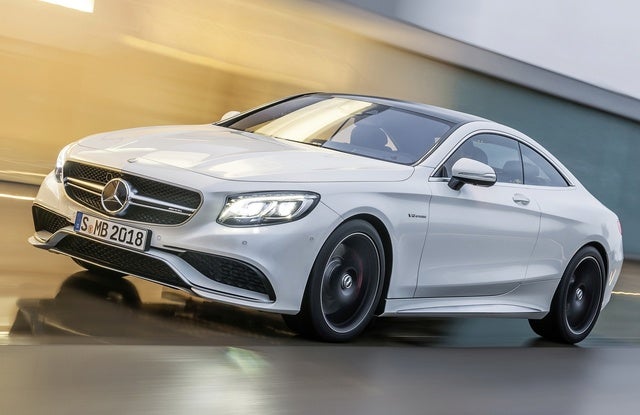 Looking for a Used S-Class Coupe in your area? 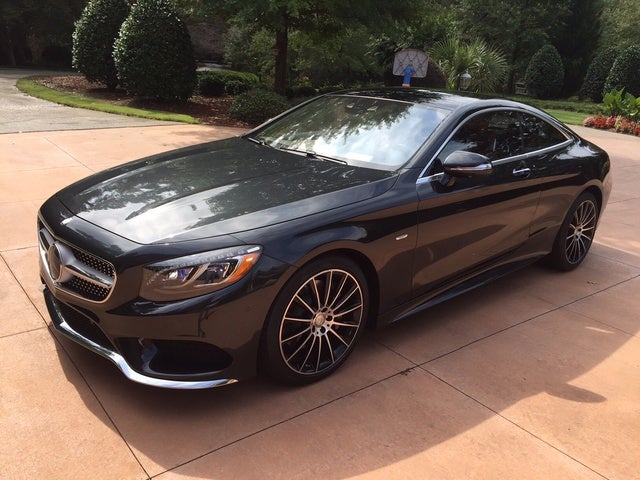 Redesigned last year, Benz adds a touch of what dreams are made of to its S-Class flagship this year with an ambitious all-new Coupe. Available in S550 Coupe and S63 AMG Coupe versions for now, an S65 AMG Coupe lies in wait for its much-anticipated coronation at the top of MB's lineup perhaps as soon as next year. Other than eliminating 2-wheel drive, 2 doors and about 2 feet, this Coupe is essentially a carbon copy of the latest S-Class, resulting in a performance machine several hundred pounds lighter than the CL-Class this Coupe replaces.

The Coupe may be smaller than its sedan brethren, but it's available with the very same 4- or 5-seat arrangements as any other S-Class, missing out only on rear-wheel drive (offering 4Matic all-wheel-drive only) and about 1 cubic foot of trunk space. Otherwise the Coupe offers every convenience borne out of the meticulous attention to detail that is offered in any other S-Class—heated armrests and all—in a more sporting package.

Both S550 and S63 AMG Coupes use extensive weight-reduction tactics and an air suspension to serve up a rip-roaring ride, but the S63 goes the extra mile with a specialized 7-speed shiftable transmission, sport seats and stiffened suspension components in addition to a special Airmatic tuning just for the this S63. This is all on top of S-Class features like the debut of Intelligent Drive's motorcycle-inspired leaning turn for a truly exquisite driving experience.

Standards include a generous touchscreen to direct features like dual-zone automatic climate control and cabin air purification, plus full LED lighting throughout and from bumper to bumper, active LED headlights that turn with the steering wheel and, of course, the obligatory powered rear sunshade. Options include everything under the panoramic self-tinting sunroof from front massaging seats to a rear climate-controlled cubby, but it's not all built for the driver. Chauffered executives can opt for a passenger-side rear seat that not only reclines, but offers rear-seat controls to scoot the front passenger seat out of the way.

As with the sedan's debut year, buyers opting for this Coupe in its debut year gain access to Benz's exclusive Designo series, offering exterior colors and hand-crafted interiors not available to anyone else. It might not be the ultimate in luxurious exclusivity starting under six figures (that spot is still on reserve for the upcoming S65 AMG Coupe), but it's certainly close enough for comfort.

What's your take on the 2015 Mercedes-Benz S-Class Coupe?

Have you driven a 2015 Mercedes-Benz S-Class Coupe?
Rank This Car

Looking for a Used S-Class Coupe in your area?

When Creating My Ad, The System Was Telling Me It Was A "Good" Deal And Ran...

When creating my ad, the system was telling me it was a "Good" Deal and ranked 2 out of 15 similar cars. Once posted, it changed to a "Fair" deal and said I was $4,000 over average. Why does this ch...