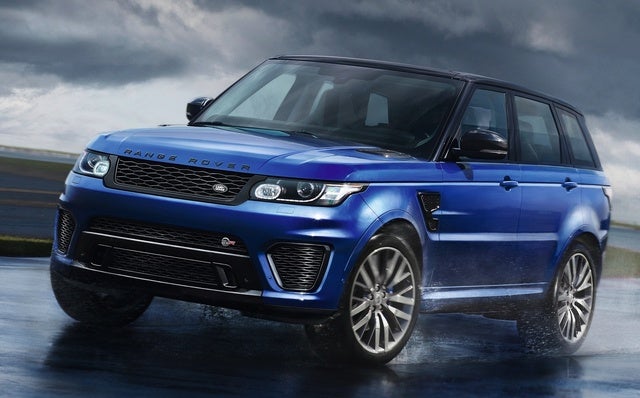 Average user score
4 ⁄ 5 stars
Based on 9 reviews
Wow by michaeljames118 — Everything about this vehicle is fantastic I will always have this vehicle Range Rover is the best 4x4/car that could be made that handles this well and performs at this level without a flaw and style... Read more
Review by GuruTNNF4 — It’s a nice looking vehicle that my wife likes to drive Read more 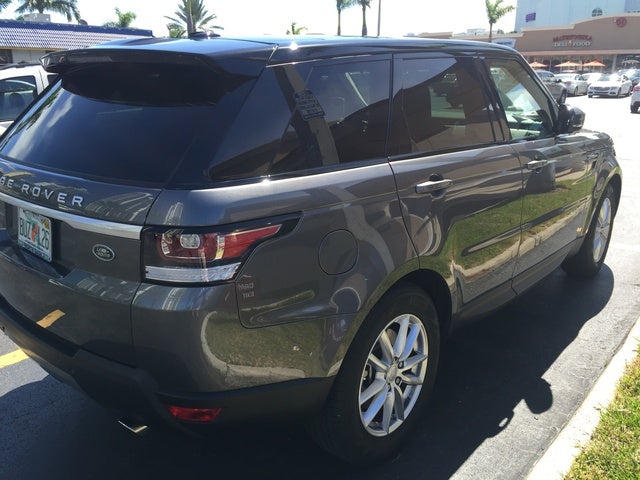 Taking its popular Range Rover sport-ute concept into the high-performance realm, Land Rover once again offers its Range Rover Sport for the 2015 model year. This midsize 5-passenger SUV remains an engaging bushwhacker on or off-road, delivering standard 4-wheel-drive (4WD) traction, supercharged power, plenty of bells and whistles and, of course, a third-row-seat option that remains, alas, strictly for kids.

For 2015, the posh-packed Range Rover Sport has added a new high-performance trim to the lineup. The uber-sport-oriented SVR now joins the returning Base (aka the SE), as well as the up-featured HSE, the V8-powered Supercharged and the once-top-shelf Autobiography in rounding out the Range Rover Sport stable. Furthermore, the HSE and Supercharged trims can be delivered in available Limited Edition sub-trims, while you can drive the Autobiography off the lot in its available Long Wheelbase (LWB) version. Oh, and should you spring for the new SVR, be advised that no third-row seating option is offered with this top-shelf trim.

As mentioned, the Range Rover Sport again comes with standard 4-wheel drive (4WD), but there’s the traditional twist. The Base and its up-featured HSE sibling each get a standard light-duty 4WD setup with a single-speed transfer case. The Supercharged and Autobiography trims, along with the debuting SVR, meanwhile, all tote a traditional 2-speed transfer case as standard equipment, with said upgrade remaining optional for the lower trims. Further, Land Rover’s touted Terrain Response system, featuring driver-selectable modes for various types of terrain, is standard across the lineup, while available Terrain Response 2, with an auto-select feature that automatically adapts to various off-roading challenges, can be added to those trims toting the high-low 4WD gearing.

Standard appearance accoutrements, depending on the selected Range Rover Sport trim and in addition to those 2015 upgrades, include, 19-, 20- or 21-inch alloy wheels, a panoramic sunroof, LED running lights, heated power mirrors, adaptable suspension components and, in the Supercharged and higher iterations, adaptive suspension dampers with roll stabilization.

The just-introduced Range Rover Sport SVR, furthermore, also sports such added goodies as a sport-tuned suspension and sport front seats along with some tighter transmission programming.

Options, meantime, include the new Driver Assistance Package for all trims except the Base, while lower trims once again remain eligible for many of the added features that come standard in higher trims as optional equipment.

Power, you ask? Again for 2015, Range Rover Sport Base and HSE trims each pack the standard 3.0-liter supercharged V6 engine managed by an 8-speed shiftable automatic transmission to the tune of 340 hp and 332 lb-ft of torque. Look for 17 mpg city/23 highway out of this peppy 6-banger.

Moving up the spectrum, all other trim variations sport a 5.0-liter supercharged V8 powerplant, also with the 8-speed shiftable automatic, but again, there’s a caveat. The Supercharged and Autobiography trims boast 510 hp and 461 lb-ft of torque from this engine, while the brand new SVR totes a tweaked version of both the V8 and the 8-speed automatic. Look for 550 hp and 502 lb-ft of torque out of this ultra-performance version. Mileage remains estimated at 14/19 from the un-reworked V8, while the SVR’s figures are as yet unavailable but doubtless won’t be pretty.

Meanwhile, all trims boast standard hill-start assist and descent control, along with auto engine stop/start technology that shuts down the engine at a stop and automatically restarts it when the accelerator is depressed. Towing, by the way, is maxed out at 7,716 pounds with the proper equipment.

What's your take on the 2015 Land Rover Range Rover Sport?

acrinc06 I am having the same problem with the auto shut off. I have only had mine for 3 weeks. They told me it was a software problem. If this continues, I will be forced to call my attorney…really sucks!..Otherwise, I really like the truck

Users ranked 2015 Land Rover Range Rover Sport against other cars which they drove/owned. Each ranking was based on 9 categories. Here is the summary of top rankings.

Have you driven a 2015 Land Rover Range Rover Sport?
Rank This Car

How can I make sure what I am buying through car gurus is a safe transaction. Is there any warranty/money back period of time using car gurus?

Do You Sell Range Rover Sport 2015 Black To Kuwait ?

I am in Kuwait and looking for a secondhand 2015 range rover black edition. I am wondering if you sell cars and deliver it to Kuwait ?!

Looking For A Specific Interior Color Of Range Rover Sport. How Can I Speci...

want cirrus interior only but do not see a selection for that. I'm having to look at every car.

What The Different Sport Autobiography And HSE Sport?