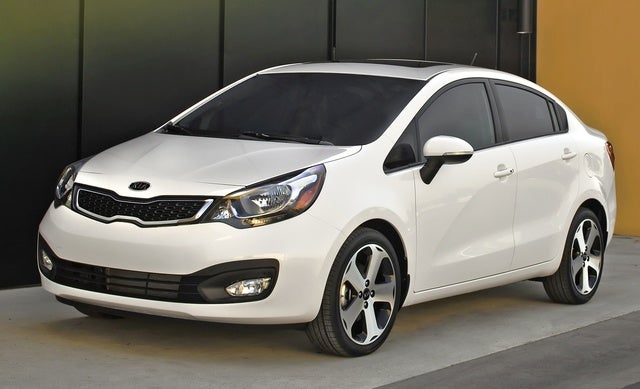 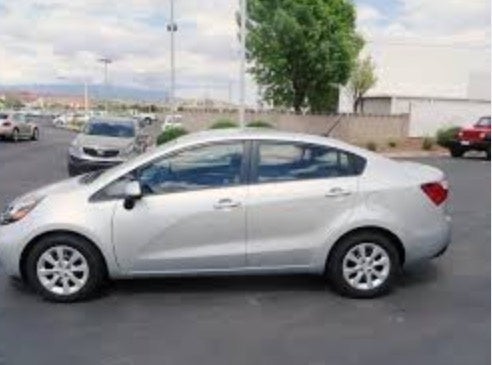 Let’s say you live in the big city and you have the consequent parking and traffic hassles. Before giving up on a car altogether, check out the 2015 Kia Rio subcompact sedan. This little gem of a family or commuter car might save you from those long bike rides back to the apartment in rain, snow, sleet and sub-zero temps, not to mention exorbitant subway fares. And with seating for 5, the family, friends or colleagues will suddenly look at you with new-found appreciation as 13.7 cubic feet of trunk space allows a little more toting capacity than a bike basket or that pair of overburdened hands. Should considerably more cargo-packing capability be needed, the 5-door Rio5 hatchback is the subject of a whole other overview.

Anyhow, the 2015 Rio sedan lineup again offers the choice of 3 trims, the base LX, the midlevel EX and the sporty, top-shelf SX, all of which come only in front-wheel drive (FWD), and it’s a given that ride comfort and handling are, at least in the 2 lower trims, not as sophisticated as most of the competition’s, like Ford’s Fiesta or Chevy’s Sonic. But, then, if it’s bang-for-the-buck value you crave, the Rio definitely has you covered, with a base MSRP that’s considerably lower than those others.

Only a few changes are apparent in the 2015 Rio lineup, among the more notable of which is the addition of power windows and door locks, as well as keyless entry and ignition as standard equipment in the base LX trim. A new exterior paint color is also slated to be introduced with the 2015 Rio stable.

Again, only one engine, a 1.6-liter inline 4-cylinder that puts out 138 hp, is available to the 2015 Rio lineup. In the base LX, a 6-speed manual transmission is standard, while a 6-speed shiftable automatic transmission is optional in the LX and standard in the EX and SX iterations. Said transmissions, by the way, manage some 123 lb-ft of torque and boast mileage numbers of 27 mpg city/37 highway. Additionally, automatic adjustment of throttle, transmission and air-conditioning functions, known in Kiaville as the Eco system, is now standard on all trims, while the EX remains eligible for the available Eco Package with auto engine stop/start technology that shuts the engine down at a stop and then starts it again when you take your foot off the brake. This nifty package, incidentally, comes standard in the SX trim and boosts city (and combined) mileage figures by 1 mpg.

Appearance features in the LX and EX, meantime, include 15-inch steel wheels and heated power-adjustable mirrors, while the SX throws in standard 17-inch alloy wheels.

Inside, the LX now boasts that new-for-2015 keyless entry and ignition, as well as full power accessories, while cloth upholstery, not to mention tilt-wheel steering, air conditioning and a single-CD player with 4 speakers, satellite radio and a USB port, all return as standard equipment aboard this base trim.

Of course, many of the standard goodies adorning the higher trims are available to lower trims as options, while all trims can be delivered with an optional auto-dimming rear-view mirror. And don’t worry, the SX returns eligible for the available Premium Package, boasting a power sunroof, heated front seats, leather upholstery, a navigation system and a larger touchscreen.

Users ranked 2015 Kia Rio against other cars which they drove/owned. Each ranking was based on 9 categories. Here is the summary of top rankings.

How To Get My Kia Rio To Start

Island has been on lockdown when i tried to start my Kia it sounds like it’s trying to start but doesn’t catch. It has oil and a new battery a few months old.

my daughter brought a kia rio in 2015. come to find out it did not have a spare tire or a tire jack. is this right

My ex boyfriend stole my key I don't have the money to replace it , my friend gave me a push start but when I installed it everything on the dash lights up but it won't crank. Put a test light on i...

215 views with 4 answers (last answer about a year ago)

When purchasing a car do we have to pay the full amount at that time? Or can we pay half and then pay it off monthly?